When did we Forget how to Dance? 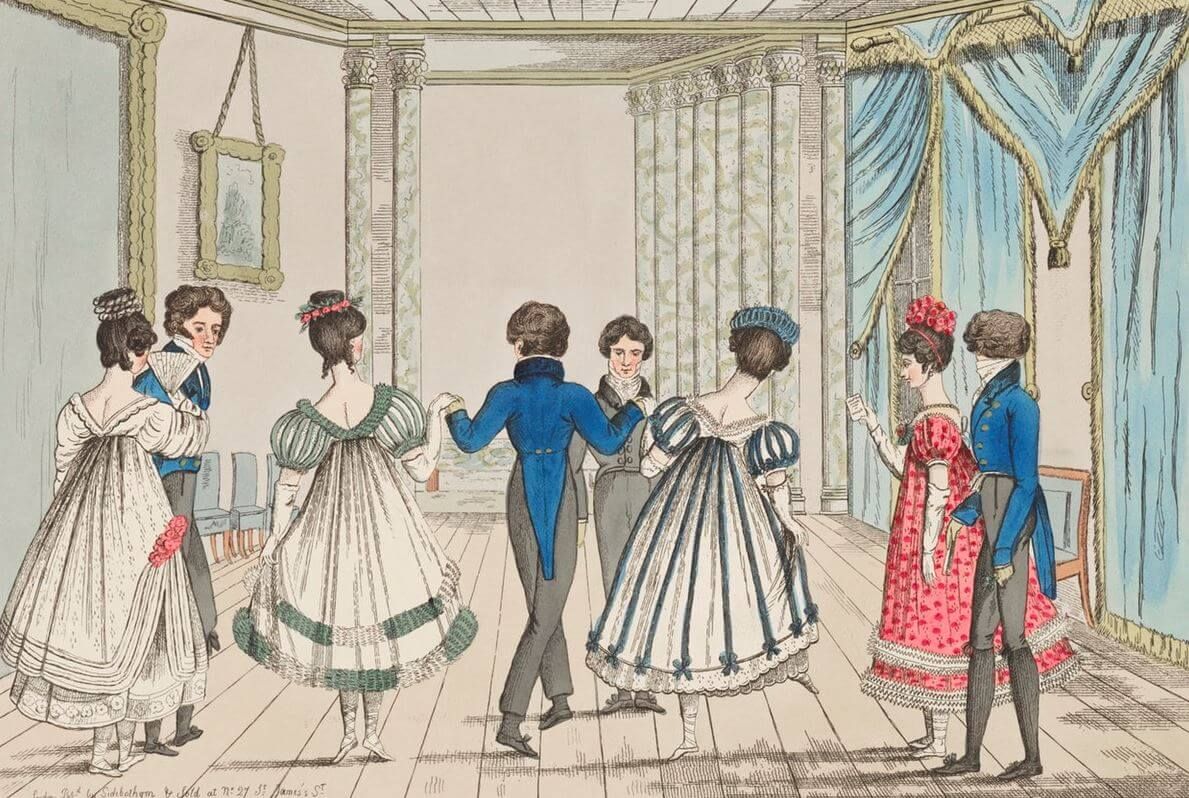 In middle school, a component of our gym classes had us practice partner dancing for around forty minutes per year. I spent three years in middle school, so all told I received 120 minutes of instruction in haphazardly-choreographed shuffling. Given that I also spent every one of those 120 minutes grumbling about how wasteful and inane it all seemed, it’s no doubt that I now find myself woefully unable to dance. It’s not that I’m lacking flair or grace, no, in fact I inhabit a terrifying and fundamental state of confusion whenever the scenario arises. Toes are stepped on, twirls collapse, and when the dust settles my partner—always exasperated—sighs and looks to her environs for aid. I do selflessly wish my condition were a rarity amongst a sea of capable waltzers, swingers, and tangoists, but I’m almost certain this is not the case. Most people my age (under-40) cannot partner dance very well, and it has social consequences.

There are many aspects of pomp and ceremony that have little use in the 21st century, and indeed that we might be well-advised to relinquish to the grip of history’s trash collector, but social dancing serves a beautiful function on top of its performative layer. It brings people together, provides a ready-made arena for community, friendship, romance, and showcases the more endearing aspects of the human race, like our aptitude for spontaneous creativity and improvisation. What other opportunities does daily life afford, to safely touch total strangers, synchronize with one another, and extemporize art?

If we are to accept the general apathy of school-aged kids to their gym and recreation classes, we might as well stock the timetable with a bit more dancing in the hope that some moves stick. By giving the next generation a stable-grounding in dance, we are not wasting their time, we are giving them a method for the ordered expression of social relations. The ability to count time and translate music from a rhythm to graceful motor operations of the hips and feet is daunting for some and natural for others. But, the end result, being able to weave yourself into the kinetic fabric of the dancefloor must be satisfying. I don’t actually know, I’m a brutal dancer...