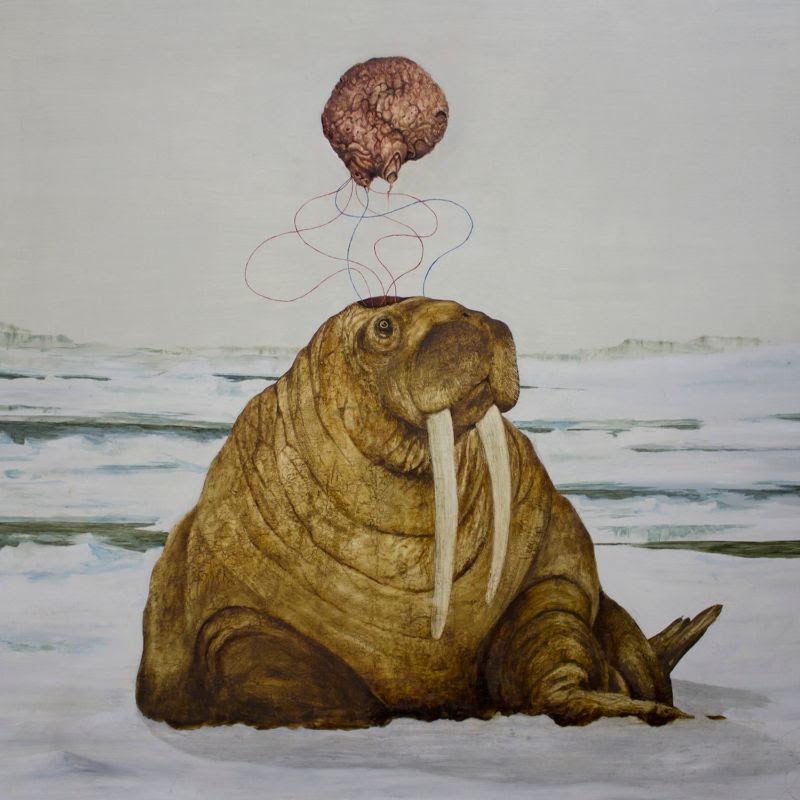 Its title track begins with a guttural groan. Tagaq’s voice clearly rises out of the pulse of rhythmic breathing and passes by like icebergs in a thawing Arctic sea. Electric guitar pierces the sparse air with a clear, echoing motif, and finally the voice, as powerful as the wind, drowns out all else.

If I’d waited two more weeks to make my 2019 album list, I’d have heard and emphatically included Tanya Tagaq’s Toothsayer EP. It’s an electronic and acoustic masterpiece and it is unlike anything I’ve heard before. Tagaq has made a name for herself as Canada’s (and the world’s) most popular Inuit “throat” singer, proudly carrying on the tradition of katajjaq in inventive new ways. Katajjaq was originally a game played among Inuit women wherein two opponents would stand face to face and rhythmically invent, copy, and elaborate on various vocal tricks until one competitor can’t keep up and inevitably breaks down laughing. Tagaq incorporates the rhythms and techniques of katajjaq, but it doesn’t sound so playful here and her voice isn’t joined by anyone else’s. This is a reflection of modern pop music sure, but much more so it’s a political statement about the dwindling of polar ice and the culture and population of the Inuit (and really all native peoples in the Americas). The sorrow and anger of this is often quite apparent in her music, but there is still certainly evident a sense of joy and playfulness at the heart of it as well.

The climates in this EP range from harried and energetic to calm and contemplative. Atmospheres build and dissolve beginning with “Icebreaker,” a tireless chase through a tundra of rhythm and vocals; the drums unrelenting, Tagaq’s voice breathing out a steady but almost panicked beat. The chase leads through subtle strands of synths and discordant dings of pianos.

This contrasts quite a bit to the final track, a floating cloud of voice and droning synthesizers entitled “Hypothermia.” Tagaq breathes rhythmically over echoing laments to create a heavy, sorrowful ambience. The song builds in volume and pitch, but never loses control, and retreats rather suddenly into silence to end the album.

Tagaq subverts pop structure for the most part, allowing the moods and themes to flow into one another freely. This is so very apparent in “Snowblind,” a song featured on the Adult Swim collage Off the Air. It begins among pastoral synths and piano, drifting through a whiteout, Tagaq’s voice pushing through, searching, exploring its limits in squeaks and throaty ululations. By the end, however, the tenor has turned bleak and discordant, and the song fades away with the scrape of a symbol.

At Tagaq’s recent performance at Colorado College, she told us that because she is Inuit and performs techniques from tradition, people often think that she is somehow more “spiritual.” Emphatically she declared that she is merely a musician and that she is expressing herself! I love it. To me this means that music doesn’t need anything more than itself to be spiritual; music is spiritual. The beauty in Tagaq’s use of katajjaq techniques isn’t that it’s old, it’s that it can capture tones and feelings in a different way, opening up the voice as an instrument and taking the listener on a non-verbal but very relatable journey through seldom-explored (at least for the non-Inuit) realms of sound.