The War on Kwanzaa 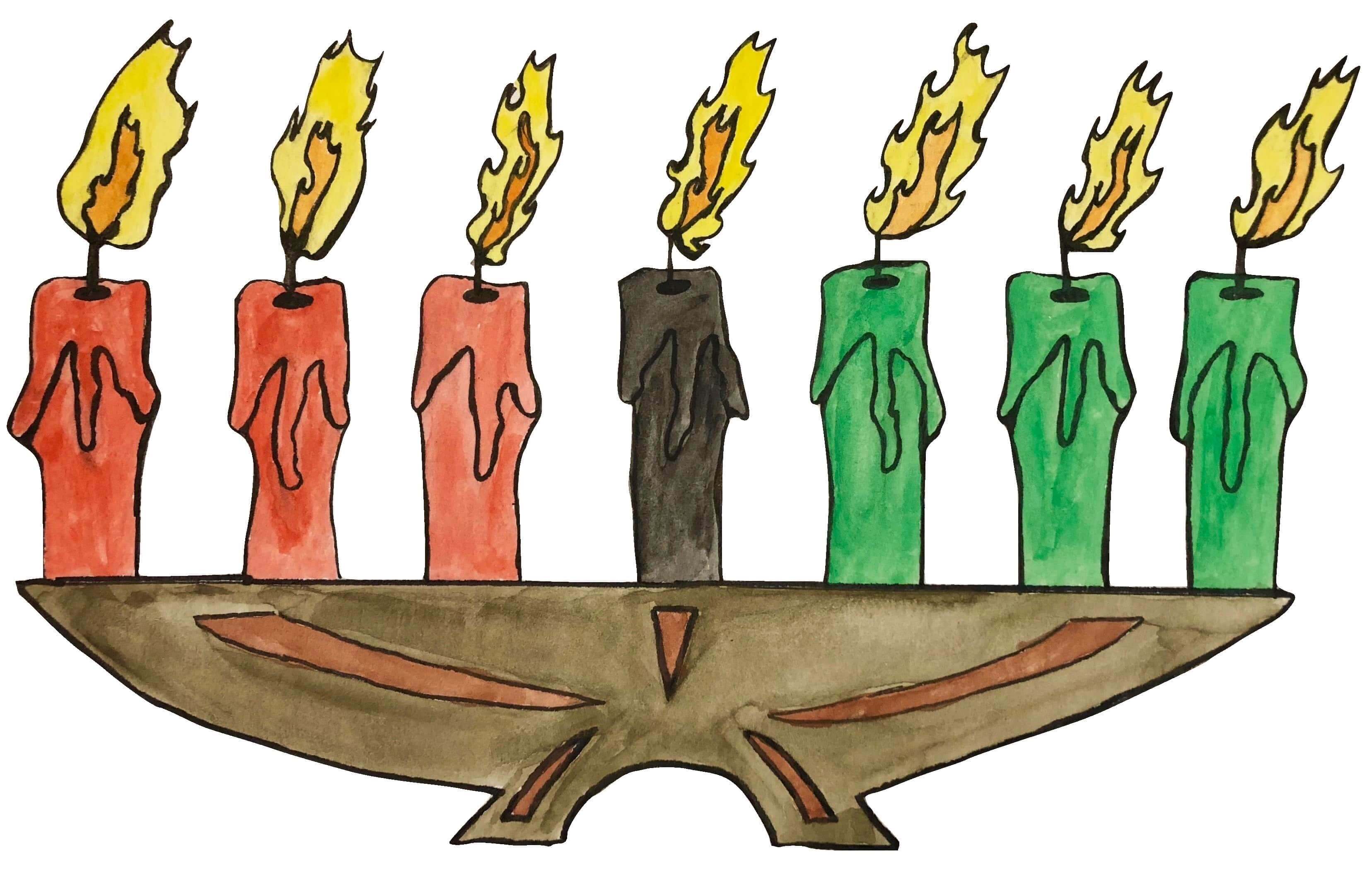 The so-called ‘War on Christmas’ is a perennial battle for those foot soldiers fighting the culture wars. Conservative Christians lament what they perceive as secular attacks on the celebration of Jesus’ birthday and everyone else retorts by noticing that Christmas, especially the symbolic and commercial aspects, has never been in danger. We are admonished by the traditionalists in our lives to eschew inclusive greetings like ‘Happy Holidays,’ while the armchair anthropologists  pray we remember that Christmas is actually just a modern Hallmark embellishment of the hibernal solstice. These little skirmishes flare up on the nightly news—true firefights rage on Twitter—but I’m more concerned with another conflict, the War on Kwanzaa.

Based on a family of traditional African festivities meant to celebrate the first harvest (Kwanzaa refers to the ‘first fruits’ of the harvest in Swahili), the holiday was cooked up in the 1960s by a black power activist named Maulana Karenga. Although Karenga initially intended for Kwanzaa to replace Christmas as the Black celebration of choice in December, he later mellowed his objectives to accommodate the fact that many people were unwilling to break with their religious attachment to a major Christian holiday.

Peak popularity seems to have been reached in the 1990s, when school education included mention of the festivities (December 26th to January 1st), and the United States president began reading an annual message wishing revelers a “joyous Kwanzaa.” Now observed by less than five percent of the black population in America, it’s unclear what the place of Kwanzaa will be heading into the third decade of the 21st century. What caused this War on Kwanzaa, and should we launch a new campaign in the crusade for holiday recognition?

My first theory is that synthetic postmodern holidays generally suck and no one wants to celebrate them. Yes, whinging social scientists, I know all holidays are man-made, but man-made thousands of years ago and man-made in the 1960s are a touch different, and you can’t exactly blame people for not getting into one guy’s hobby project.

My second theory is that Christmas is already an incredibly Black holiday. Yes, whinging woke commentator, I know that depictions of Black Santa Claus are scarce, but Black consumers open their pocketbooks much wider at Christmastime than do Hispanics, Whites, or Asians. And, since Fat Albert’s Christmas Special in 1977, Black Christmas movies has been a bona fide genre unto itself. Why would an entire population spontaneously start celebrating a new holiday just because a radical activist decided that Christmas left a bad taste in his mouth?

My third theory is that Kwanzaa is simply too wholesome to properly commercialize, and the department stores were never able to fully graft spending-incentives onto a holiday where one of the core tenets is Ujamaa (cooperative economics). Whereas North American Jews successfully positioned Hanukkah (a relatively minor Jewish holiday) as a viable December alternative to Christmas, Blacks never truly advanced the need for their own winter celebration on a national level.

The more adeistic side of my brain wishes nothing but success for the synthetic humanist holidays, but that same humanist urge also feels like it’s a bad idea to celebrate core differences between the races...It might not be such a bad thing if Kwanzaa were to take an indefinite vacation to the island of irrelevant holidays.