The Sounds of Revolution with Wake Island 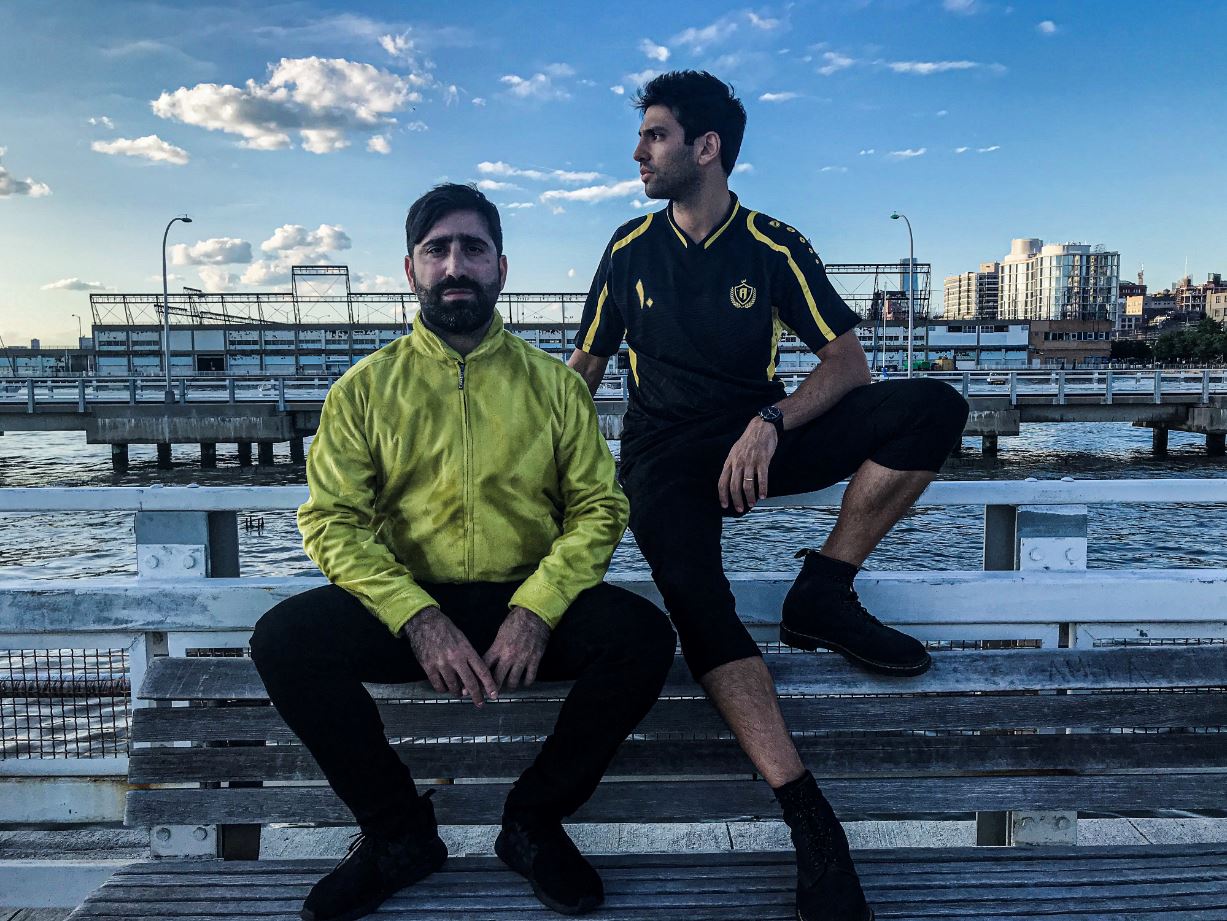 Wake Island is a Montreal/New York-based electronic team consisting of Philippe Manasseh and Nadim Maghzal. Despite having cut their teeth in the indie rock scene, the duo has since made the shift to electronic music. Amidst said realignment, they’ve found success with their home field fans while pulling in new audiences from North Africa and the Middle East. Never ones to renege on their Lebanese heritage, the instrumental thread of the orient punctuates their modern sound.

Banter: Can you guys talk a little bit about your musical upbringing and the transition from indie rock to more electronic stuff?

Nadim: Yeah, so we both grew up in Beirut and moved to Canada. We come from very different musical backgrounds originally, and we started exploring rock music here in Montreal. That’s when we met and started working together; it was the 2010s, and being in a band, and playing rock music was still super cool. And then we slowly transitioned out of that into an electronic sound for many reasons.

The most important reason is that we were really into the idea of embracing technology and using it to our advantage to create new sounds. And, we wanted to explore sounds related to our culture, Arabic music and stuff like that; it blends more easily with electronic music.

Philippe: One thing to note also is that, evolving in rock music as two Lebanese Arab musicians in a city in North America: rock is very tight, it’s very restricted in what it represents. Rock is very dominantly white, it’s very dominantly male, and it’s very difficult to make your way in that world. Whereas, electronic music is way more fluid in terms of who can make it, and the stereotypes attached to it.

Rock has always been very: Elvis, The Beatles, Radiohead. It’s just this tradition of British and American music that’s very hard to shake. So, we felt much more free to express ourselves in ways that are going to be shocking in electronic music, because it’s such a wide world. We also got bored with rock—it felt like we had reached the limit of what we could add.

Banter: Lil Thawra is your contribution to the ongoing movement in Lebanon. What message does the song send, and what responsibility do Lebanese in the diaspora have to produce art in the service of their heritage?

Nadim: The revolution started and then a week later we released the track. We were on tour in America and then we got home and realized four days later we realized that it’s a revolution,  that all the people are in the street and the whole country is united, everyone is chanting as one voice. It was so awesome to see it.

And during the same time, we were in New York and only watching it on social media. There was nothing we could do, and we wanted to go back to Lebanon but we couldn’t. We had the tour, we had responsibilities. So, what happened is that we were in the studio, we grabbed a pen and a piece of paper and we started writing the song. Then, we finished the track and we just released it.

Philippe: By ‘studio’ he means a desk haha.

Banter: Did you write the song together?

Nadim: Yes, we wrote it together. And, we didn’t even have the recording equipment because we were on tour. I mean, we weren’t expecting to record anything.

Philippe: We made the song between Vermont and New Jersey?

Nadim: Uh, Boston. The thing is, we had this energy where we felt we had to give something to the revolution. Because, for us, what is important is to give, as artists (through our music and art), some sort of a cultural body to the revolution. And, we encourage a lot of artists, we were on many WhatsApp groups; we encouraged anyone who could do artwork to do it now. Like, don’t think about releasing ‘tracks’ just make it and do it.

Since then, there have been so many songs, so many cartoon artists, people making amazing posters, art everywhere. I mean the photos, my god, so many of our friends took great photos. Shout out to Mohamad Abdouni, shout out to Myriam Boulos. I mean, through their lenses we were seeing beautiful images from home.

Banter: We’ve noticed that the language used in the song is somewhat different from the language protesters are using in the street, why is that?

Philippe: I feel like the song was slightly explicit. Given that we’re coming from the diaspora, we had to give that perspective. We were looking at what’s going on in Lebanon from afar; we looked at every city, we looked at the unity, and that’s what we wanted to say.

The second part of the song, it’s really this feeling we had, which was...it was very melancholic and sad to miss out on what’s going on. And, hopeful at the same time, and thankful. So, it wasn’t about being angry. The song was about us deeply connecting with our country from across the ocean.

Nadim: And, it’s mostly a positive feeling, in general. Because, when we left Lebanon—one of the major reasons we left was because the country was so divided and we felt that the people were hating each other for absolutely no reason. But, we saw in the revolution—and it’s not the first time in Lebanon by the way—I mean it’s been progressively happening over the last decade or two decades: the revolution starts and then kind of stops. But, what we saw this time, was this idea of unity across the people.

Banter: The last album was Out in 2016. When are we going to get another record from Wake Island?

Nadim: It's just around the corner. We have an album coming out next year.

Nadim: Yeah, and we’ve sort of broken this idea of an album cycle. Like, yeah we make albums, but we’ve been collaborating on a lot of tracks with different artists. These tracks may or may not fit in an album structure, we’re trying to free ourselves from that.

Philippe: The album is finished, and the singles we’ve been putting out are on the record. This record is about identity, and our identity, and in general how people in North America are increasingly alienated by something. Whether it’s Trump, or Legault, or whomever. There’s this sense that everyone is somehow alienated, including people who you wouldn’t even think could be alienated.

*sections translated from Arabic thanks to Sawsan Ejdeia