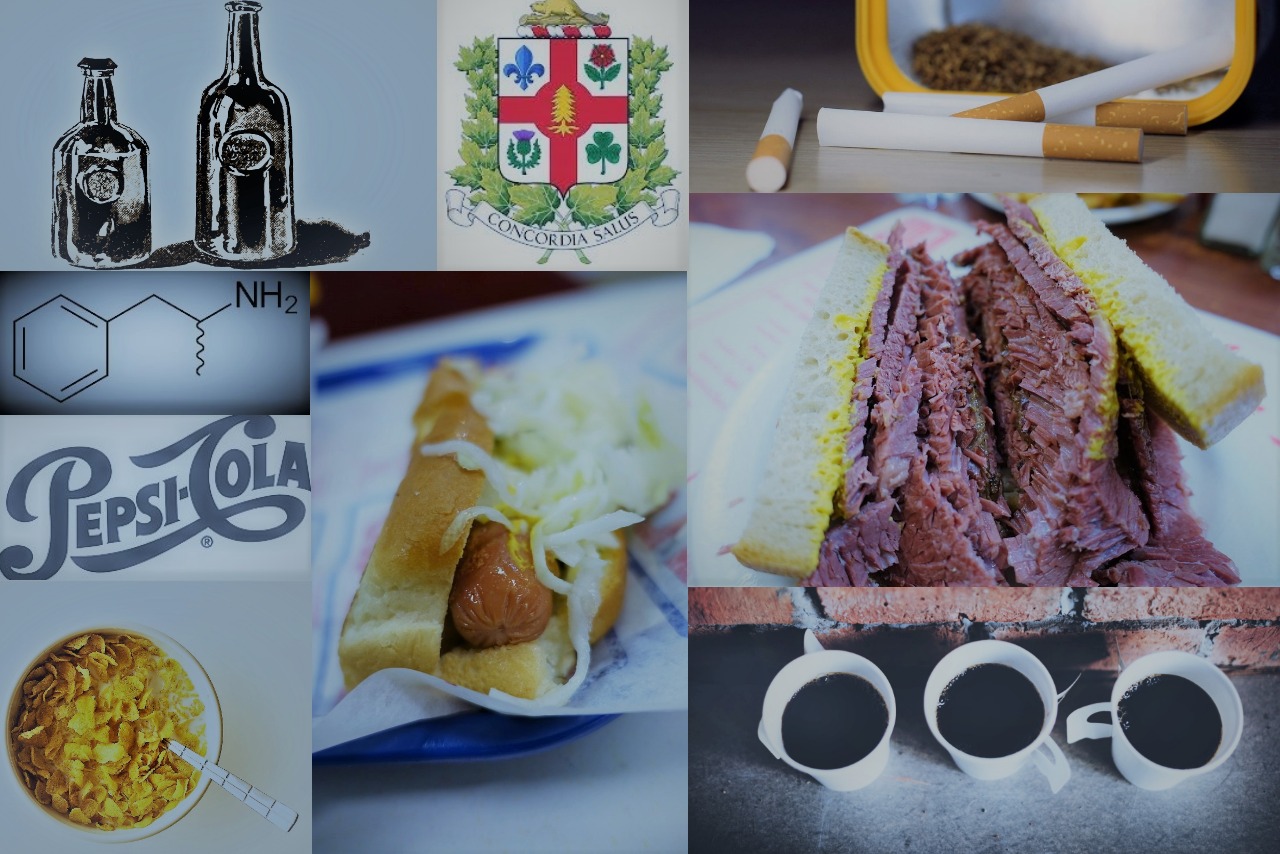 Embedded in a genealogy that spans from the bootlegging Samuel Bronfman to the t-shirt-smuggling Dov Charney, Duddy Kravitz is a prince at the banquet table of old-school Montreal hustler-types. Despite his fictive status, no one could dispute that Mordecai Richler’s young entrepreneur has done more to solidify the city’s reputation as a freewheeling hotbed for criminal innovation than practically anyone else. But, in order to grind, you must eat.

A reader’s first impulse when flipping through The Apprenticeship of Duddy Kravitz, is unlikely to be a close accounting of the delicious treats on offer. But, if you pay attention, there is an abundance of snacks, each one perfectly designed to help you pull off your next scam, catch some z’s on the night train to New York, or supplicate at the feet of a Mile End mob boss. Since you haven’t picked up your copy of this Canadian gem since grade school, we did the delicious, dirty work.

“There were penalties to be paid too, like sleeping without a pillow or cutting out smoked meat for two days at a time.” - page 314

An exhaustive google search produced zero helpful results for Grepsi. I can only assume that it’s a bizarre Yiddish corruption of Pepsi, which will be touched upon in a later paragraph. The lean on rye is easy enough to cover and represents the epitome of Montreal’s culinary heritage: the smoked meat sandwich. The meal is an intoxicating combination of spices and fatty cured brisket served on light rye bread with yellow mustard. I would say I indulged in a classic version of Duddy’s favourite takeout (always in a brown paper bag) in order to diligently write this piece, but the truth is I just needed lunch.

“When Max came in Duddy made him some scrambled eggs and coffee.” - page 121

The scrambled eggs are not important here, the important bit is the coffee. Duddy downs cup after steaming cup in an endless effort to stay awake and purchase his acres in the Laurentians. In fact, if tobacco didn’t exist, coffee would be the number one stimulant in mid-century Montreal.

“He was not getting much sleep again and Lennie got him more benzedrine pills.” - page 294

Originally marketed for inhalation as a decongestant, benzedrine or bennies eventually became a widespread recreational drug. The pills were prescribed to narcoleptics, but as anyone who’s ever tried amphetamines knows, staying awake is not the most enjoyable part. Focus, euphoria, these states of mind are a boon to the young businessman about town. It’s no wonder Duddy sleeps about three hours a day.

“He sat down at the kitchen table and filled a bowl with cornflakes.” - page 301

“Duddy waited an hour and a half before he attempted to make the phone call. Even then he hung up three times before he lit another cigarette off his butt and actually put the call through.” - page 363

Chain smoking was the national sport of Quebec until the 1960s when it was replaced by pointless protesting. In this sense, Duddy reveals the most patriotic aspects of his character. It was basically socially obligatory to smoke cigarettes as a working class guy in 1948 Montreal, but Duddy’s racketeering seems to have demanded a special form of worship to the nicotine gods.

“Sailboats and canoes had no chance against speedboats, spilling over with relatives and leaving behind a wash of empty Pepsi bottles.” - page 75

“Ici, c’est Pepsi!” The relative popularity of Pepsi over Coca-Cola is a well-known phenomenon in Quebec. What’s less well-known, perhaps, is that Coca-Cola actually sold more soda in the province until the 1980s when a series of aggressively local marketing campaigns changed soft drink winds in favour of its competitor. Either way, Pepsi is intimately bound up in the brand landscape of French-speaking Canada, and Duddy’s world is an early window into that truth.

Whether steamed or toasted, the all-beef Lester’s dogs were a diner-staple in the universe of Mordecai Richler, and by extension, the young Mr. Kravitz. Still unfailingly popular, I’ve never understood why Quebec hotdogs are served on miniature pieces of toast...

Hard drinking is less an ambient reality in The Apprenticeship of Duddy Kravitz, and more a main character. Alcoholism shows up in every episode of success, and every tragic catastrophe without fail. It is the mother and the father, the son and the daughter. Canadian rye whiskey, gin, home-brewed rum, they are all on offer, and no bottle is left unfinished.