The Bilingual Lie: Why do you suck at English and French? 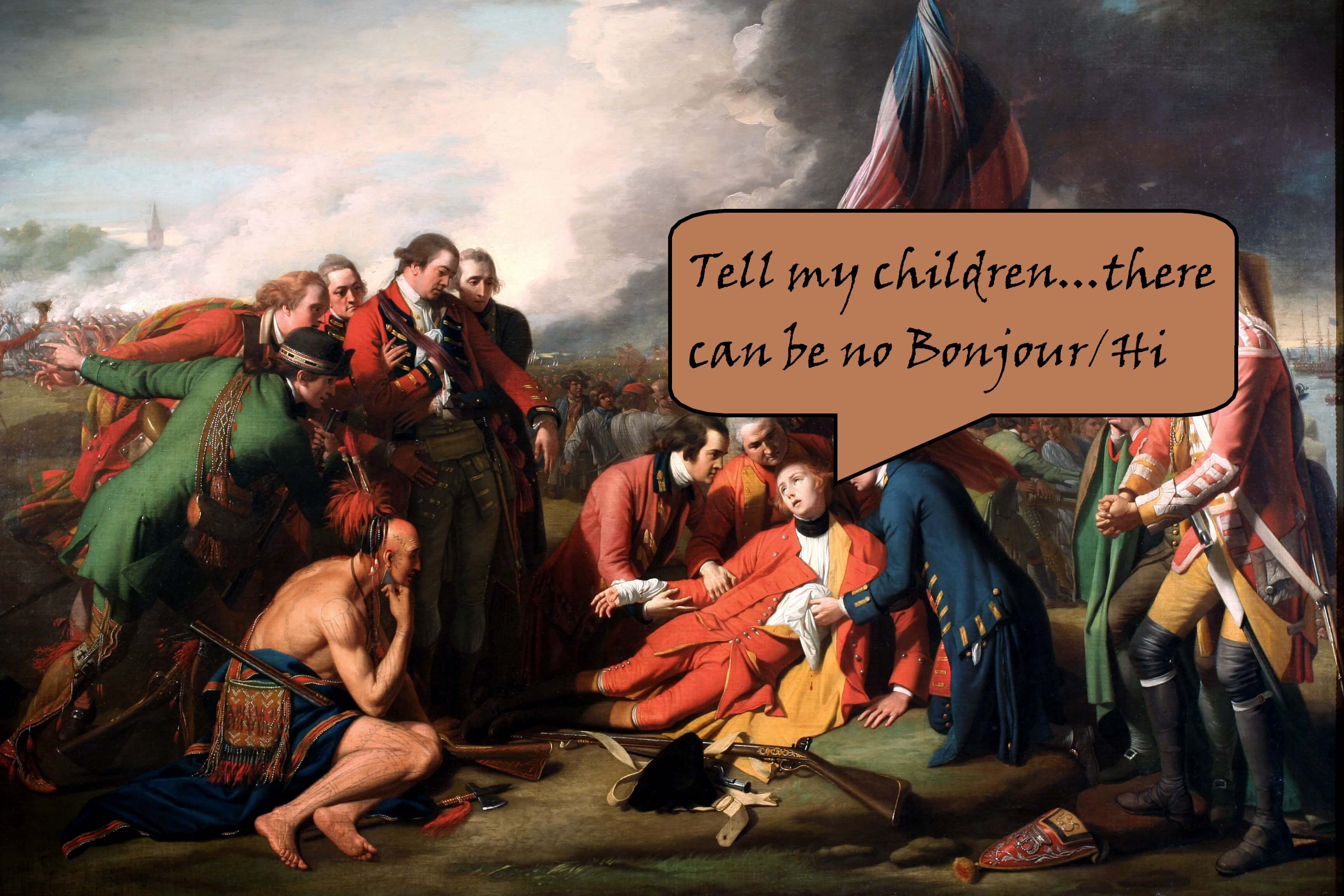 A large bilingual population is one of the crown jewels in Montreal’s bank of attractions. Universally praised for adding to the city’s cultural allure, there are scant few people who would call into question the beauty or utility of having a large proportion of Montrealers feel comfortable in French and English. But what if the true level of comfort or expression were much more rudimentary than most people are willing to admit? As a bilingual import to Montreal, I often have the queer and disappointing feeling that the people I’m interacting with have never gone the full distance in either language. Imagine, if you will, the following scene: you’re at some social gathering, it’s mixed anglophone, francophone, allophone company, and no matter what you try, English or French, you find the syntax and vocabulary of your interlocutors to be in a worrisome state. Prepositions have been rent asunder, they use an awkward English substitute where a nimble French term already exists.

I don’t want to promote the sort of antiquated snobbery that sneers at pidgins or patois, but at some point it reflects poorly on your conversational abilities if you trespass upon the basic grammatical structure of a language with such wanton abandon...ah fuck it, call me old-fashioned.

In Ottawa/Gatineau the problem is even worse. There is an entire cohort of Canadians who have grown up in such a pervasively bilingual environment that their linguistic proficiency in one category or another are necessarily below standard. Consider the following meme:

You have $15 to build the perfect man in Montreal...

See, it just can’t be done. In my experience in the ‘bilingual belt,’ it is overwhelmingly rare to find someone who adequately performs in all of the categories listed above. Usually, you can find someone who nearly satisfies three of the categories, but that elusive fourth is just that, elusive. I’d be hesitant to consider Franglais a handicap, but I’ve seen a fair amount of social interactions either deteriorate or disintegrate wholesale because one participant decided to straddle some magical line somewhere between English and French.

This critique is not animated by a preference for French or English, it’s animated by a deep and sustained love for the sounds of each language as they occur during natural speech. Obviously, language is a human invention, but hearing « vos enfants sont mignons » pockmarked by Franglais intrusions like « vos kids sont cutes, » is soul-deflating. It’s not as if the people speaking like this have no language skills; they are demonstrating incredible linguistic flexibility, but their powers of description are limited by only having entered the frolicking area of the pool, not the deep end.

Justin Trudeau’s recent double-faced statement, advocating for increased and no-strings-attached immigration nationwide while telling Quebec in French that their province should reserve the right to apply a values test to new arrivals, was uniquely sinister in that it preyed on Canada’s bilingualism in an opportunist way. To be sure, the modern media never lets tactics like that go unnoticed, but the sheer fact that the Prime Minister thought it might fly is pretty insane.

Franglais is often touted as this fun Canadian concoction—a beautiful testament to our country having two official languages, when in reality it sounds pretty silly. I think Gabrielle Roy cries on the shoulder of Timothy Findley every time someone says « check ça. »