The Banter Guide to the Federal Election 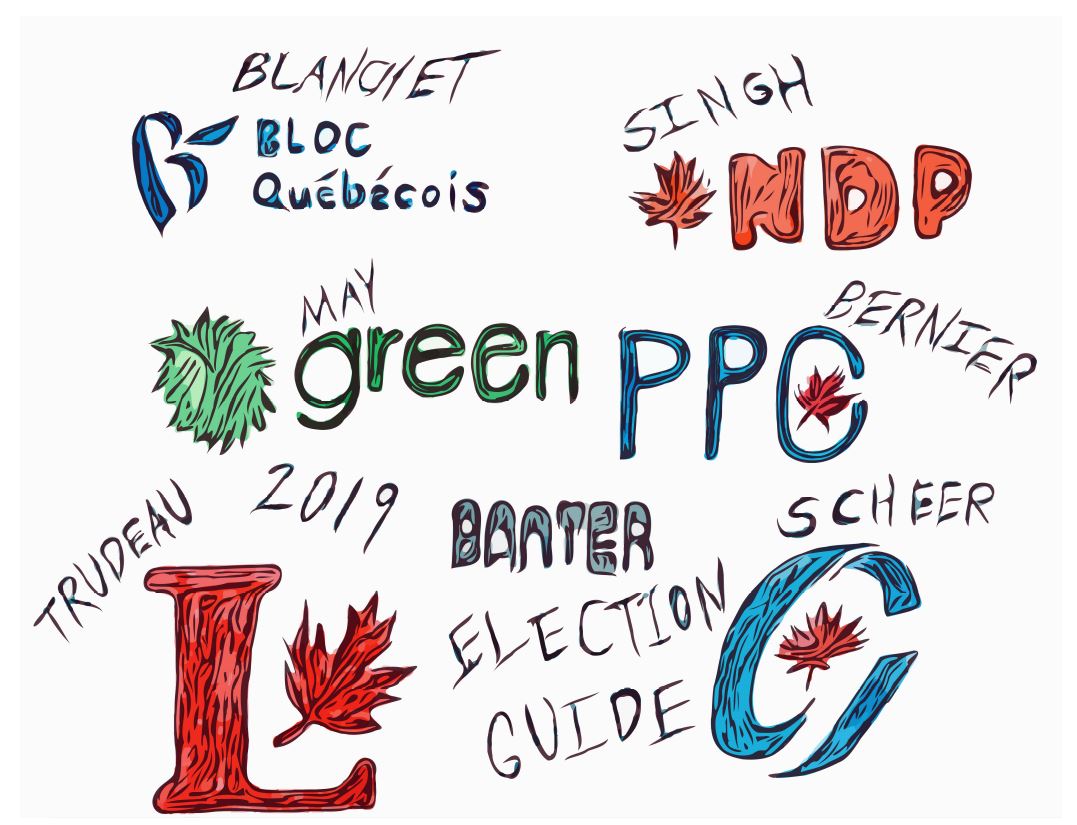 This guide is intended to hypnotize you into voting for the party which least aligns with your personal values. Think of it as a schizophrenic political compass test; you trade your scarce attention span for a debased assessment of Canada’s political arena on the eve of a federal election.

In October, Canadians will choose their Members of Parliament, and thereby settle the score between the federal parties vying for a majority in the House of Commons. The Liberals, led by a beaming but clueless snowboarding instructor will face off against the Conservatives whose ship is being steered by a Catholic family man with the charisma of a damp rag (just pretend Andrew Scheer is Herman Van Rompuy). The inevitable third place finisher will be the stylish but perennially confused Jagmeet Singh, whose New Democrats haven’t made a single noise since the lid closed on Jack Layton’s coffin. In order to help you choose your matador in this bullfight of wacko candidates, I’ve laid out everything you truly need to know about each of the leaders groveling for your vote. Canadian federal elections might not be the same spectacle as the circus show held south of the 49th parallel, but with enough residual British humour and a zealous appetite for mocking public office, we’ll try our best. In fact, for comedy’s sake, I’ve even included the dark horse candidates.

JT and the Grits

No, this is not Justin Timberlake’s new boy band, but here’s what you need to know about the Liberal Party leader of unknown paternity and his band of pals. The Liberal Party has been called the “natural governing party of Canada.” That doesn’t mean governing comes naturally to them, it simply means that the Laurentian Elite (for the non-Canadians reading this, Laurentian Elite is not a brand of beer, it’s what we call the old ruling class in this country) tend to prefer when the Liberals are in power. Justin Trudeau, again we don’t actually know who his papa is, was always destined to lead this party, because his papa (presumed) led the party in the 1960s, 70s, and 80s, and generally did an alright job if you ask anyone outside of the prairie provinces. Now Trudeau fils is gunning for a sophomore stint as PM, dragging an elderly Chinese woman’s shopping cart full of scandals. (See what I did there, those carts are deceptively spacious).

Andy Scheer and the Reformed-Alliance Party of Progressive Canadian Conservatives

According to the mainstream Canadian media, Andrew Scheer is on a divine mission to rid the country of free and safe access to abortion. He has no other platform points, and his party has rid itself of all extraneous principles of governance. He will not rest until a papal visit confirms his status as Holy Roman Emperor of Upper and Lower Canada. There is but one church and its seat is Rome. There is but one PM and his residence, for now, is Stornoway. More likely, infinitely more likely, is that Scheer—in possession of zero charm and negative panache—will climb atop the dais in October and shed prescription tears from his robot ducts lamenting a Conservative loss. I’m not sure what it is about the party, but unlike the Republican political apparatus in America, the Tories simply do not know how to run an election campaign.

Jagmeet Singh Esq. and the Orangemen (not those Orangemen)

In the 2015 federal election, the NDP bombed because the Liberals discovered they could simply co-opt all of the democratic socialist talking points without changing their winning colour scheme and allegiance to big business. If the NDP want to inaugurate a countrywide Orange Crush, I recommend they learn from the provincial wing of the party in Alberta, and simply run as marmalade conservatives. Mr. Singh has essentially two options here: he can double down on the whole ‘hands off Venezuela hot take,’ a scenario in which the entire masthead at Canadian Dimension will convulse from the reverberations of one big tantric Communist orgasm. Or, he can operate à la Rachel Notley, get randy for pipelines, snub the teacher’s unions, and maybe win the election? Maybe. Oh, and he should probably explain to the Canadian public why we all have a vested interest in creating an independent Sikh state in the Punjab, because as Drake once famously rapped, “that ain’t part of my day.”

Liz May and the Greens

You’re part of a cooperative village on one of the Gulf Islands. You’re so cooked off home-grown spinach you can barely make out these words through the weed induced dyslexia. You’ve voted for the Greens in every federal election since 1984. Go condition your ponytail, get on your bicycle, and go mail an advance ballot for Lady May, god knows she could use the love this time around. With the Liberals and the NDP onboarding more Green policies, the need for a dedicated ecological party is slipping. If Elizabeth May wants to maintain relevance she needs throw some elbows for media attention. This calls for old school Greenpeace-esque tactics like chaining herself nude to a B.C. Douglas-fir.

I was going to write this bit in French purely to demonstrate the degree to which the Bloc have lost the plot. Not great French, but not terrible either, sort of like the Bloc’s policies that don’t have to do with creating an independent French-speaking ethno-state in Lower Canada. I didn’t even bother because I don’t know who M. Blanchet is, neither do you. Voting for the Bloc is a fun novelty move, like the one person at the AGM who abstains from voting on a motion just to seem edgy. If the Bloc truly want to increase their chances of success, I recommend they funnel all new campaign contributions into a clandestine H.G. Wells science project, discover the secrets of time travel, and relive 1995 in all its nationalist, immigrant-bashing glory.

After losing the Conservative leadership race, Mad Max did what anyone with gigantic balls would do. He said “fuck ‘em” and started his own party, the PPC. The ‘Albertan from Quebec’ has weathered near constant criticism for his stance on immigration (tepidly pro), his accent in English (brutal), and his smile (wry). From his former colleagues the charge continually surfaces that his having created a libertarian populist splinter party will siphon votes away from Andrew Scheer in October. This last point is undoubtedly true, but the idea that Mad Max was ever going to quietly fall in line seems laughable. I wouldn’t suggest anyone vote for him because of his economic policies, although busting the airline monopoly open to foreign competition does seem pretty nice. No, I suggest you consider voting for Bernier because he doesn’t answer to a higher power. Well, except perhaps his biker gang-affiliated ex-girlfriend, the town of Beauce, and the ghost of Friedrich Hayek.