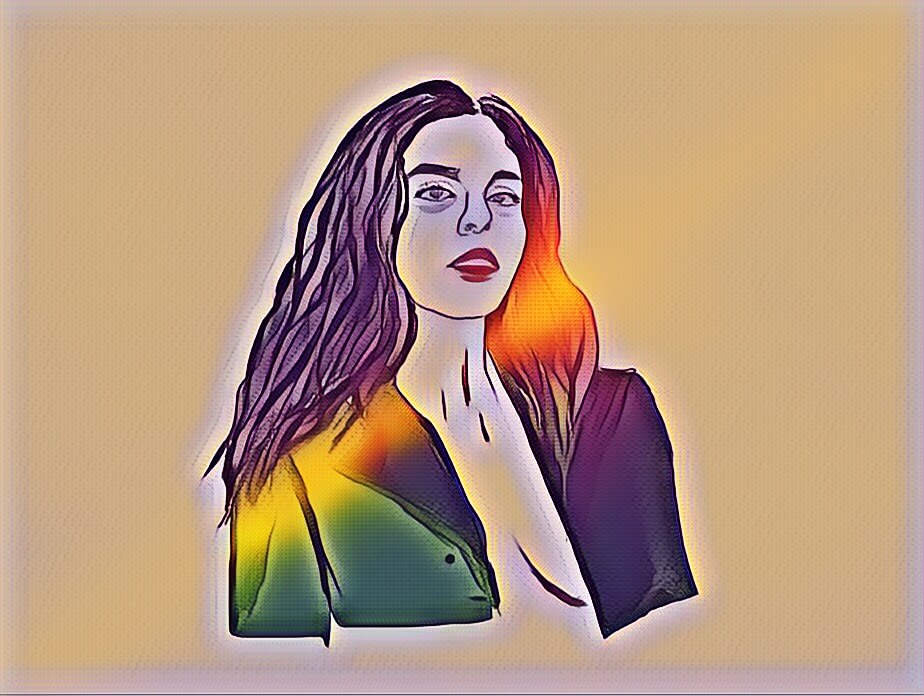 Brazil has Anitta, Colombia has Karol G, but Mexico is still waiting for its undisputed R&B queen—enter Mariana (Nan) de Miguel, artistically known as Girl Ultra. Her Spanish-language cover of Drake’s hit dance tune “Hotline Bling,” and her sultry retro music videos have pushed the edges of her stardom beyond the borders of Mexico, but she has her eyes on a domestic prize. We caught up with Nan for a little charla about music, fashion, and her dripping sex appeal.

Banter: Each one of your tracks feels like a well-curated luxury vacation to 1991. But, you’ve mentioned before that there has never been true R&B in Mexico, no Beyoncé, no TLC. Why are you the woman to bring us the sounds we never got to hear coming out of your country?

de Miguel: First of all, there were actually a lot of R&B infiltrations throughout pop music in the 80s and 90s in Mexico, but never a particular scene. I was fortunate to be part of the emerging movement of this whole new face of R&B, and I felt a responsibility to explore the spectrum as a whole. From new jack swing, to contemporary soul. But in my own language. I felt the need to explore.

Banter: Baila la suerte… “Ruleta” has everyone in a permanent trance. What can the fanboys and fangirls of Girl Ultra expect off your new album if they’ve already heard your two EPs?

Banter: You signed with Finesse Records, a relatively young Mexican label. Was it a deliberate choice on your part to keep the management side of things at home?

de Miguel: It is. I got full creative freedom and support from the label. And, because I am part of the general creative direction, it became whole.

Banter: Music and fashion seem to be the two prongs of your all out sensual assault on the internet; will you ever relent or do we just have to sit in ruined underwear till the end of time?

de Miguel: Never. Both come together. Fashion is another visual aspect I really care about. Not just for my artist persona, but in my day to day. It’s a gift for myself.

Banter: Catching a break is something every artist hopes for in the early stages of their career, is there anyone in Mexico or abroad that you want to shout out for making something beautiful?

de Miguel: Damn this is such a hard question because I am really hooked up in a lot of my friends’ work here in Mexico. Valgur is currently my favorite Mexican band, Bratty is such an amazing singer-songwriter, Wet Baes is an amazing producer, Noah Pino Palo from Monterrey… the list is loooong. Beautiful artists.

de Miguel: Neither, although Vicente Fox is kinda funny. There I said it.

Banter: Playing for the American public is among the highest honours an artist can achieve; where was the wildest crowd on your tour this past fall?

de Miguel: El Paso, McAllen, in general, Texas was a vibrant crowd. But also LA and NYC, they gave a very warm and family-like welcome.