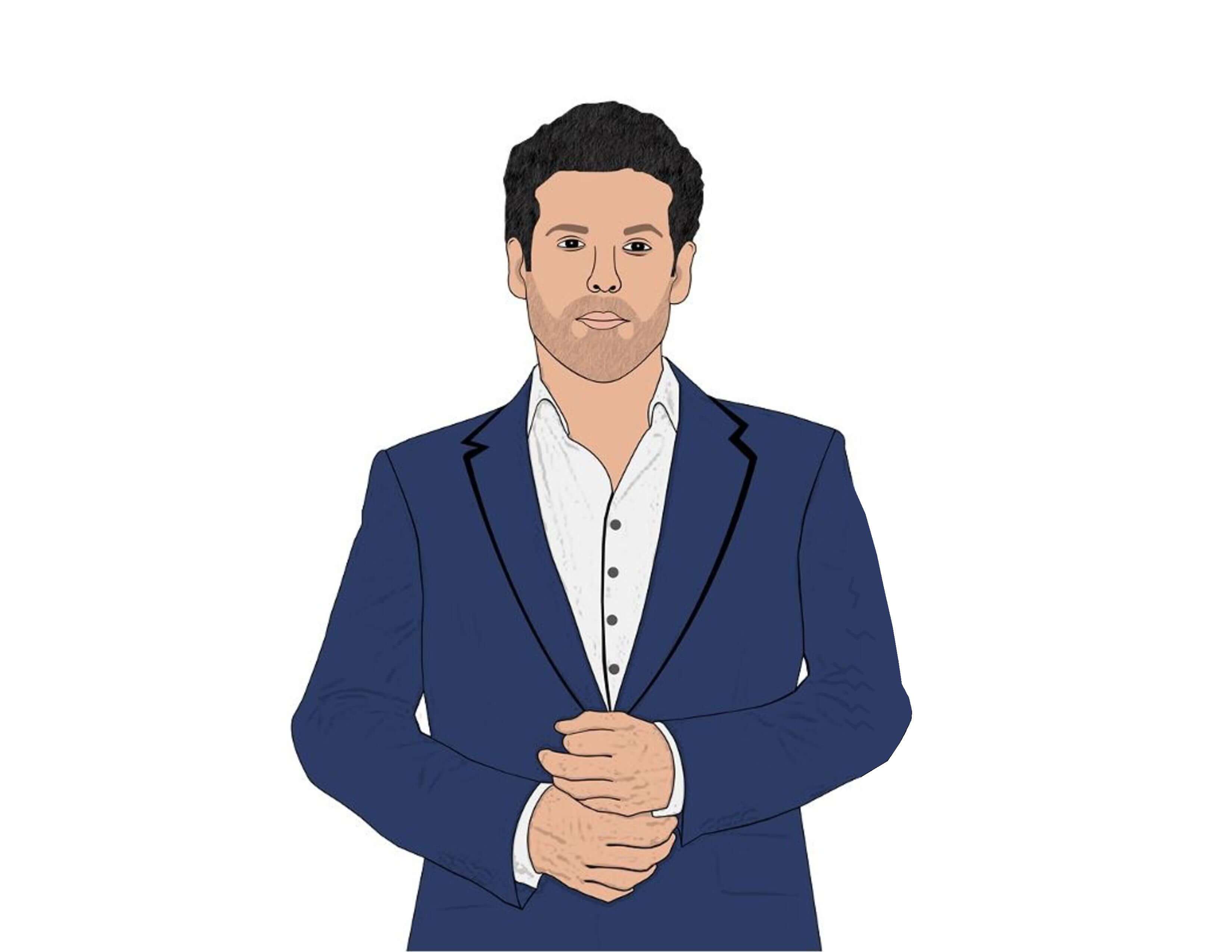 Alexander Fiske-Harrison is a man of many occupations: Oxford-educated conservationist, author, and journalist. He has also acted in theatre and film productions across Europe. In 2008 he moved to Spain in order to immerse himself in the world of bullfighting and eventually wrote a book on the subject, Into The Arena: The World Of The Spanish Bullfight. We spoke with Fiske-Harrison on the subject of his past exploits and his future projects, the most prominent of which involves wolves.

Banter: Given the accelerated pace of journalism in recent years, do you think writers will eventually lose the opportunity to take on truly immersive projects that require years of research?

Fiske-Harrison: If it's good enough people will read it and pay to do so. If your writing is better than other people's, and your subject matter more interesting, then you'll get through to your audience. The trouble is getting started and the real risk of the current market trend is that only people who have some sort of financial backing can get that start, which makes the whole thing into an upper middle class pursuit. Unlike acting, though - another field where this accusation has been made, and another field in which I used to work - the consequences are much more serious: if all your journalists are coming from a similar background, are taught by the same teachers, then they will draw the same conclusions based on the same ideological slant. Debate will be die because the ideological opinions of a small group who control the majority of media become dogma. I am a classical liberal but I yearn to read a good old Tory argument in favour of the death penalty, an old Marxist one for the abolition of the nuclear family etc.

Banter: You’re no stranger to globetrotting and rubbing shoulders with the European jetset; when you write, for whom are you writing?

Fiske-Harrison: Jet-set? I haven't heard that word in a while. I once met a man at a bar during the Cannes Film Festival called Massimo Gargia whose autobiography was titled Jet-Set: Memoir Of An International Playboy. He invited me to join him on a tour of the European 'Season' but I declined, finding the whole thing rather sordid. Harvey Weinstein was at the same bar... What's more, as a conservationist with a thirty-five year membership of the WWF, whose worked with The European Nature Trust and trying to get a book on wolves and our disappearing wilderness off the ground, 'jetting' in that sense is tainted in another sense for me. I do travel for my work and meet interesting people, but no more than that. As for my intended audience, see my earlier answer; intelligent people with open and curious minds are the target.

Banter: Okay here’s an imaginary scenario: you’ve been writing lethargically, tarrying, and your editor banishes you to a writing retreat. What is the destination royale where you can relax and let the words flow?

Fiske-Harrison: When I was 21 and had just finished my undergraduate degree, I retreated to the Sahara to try and write my first novel, portentously titled This Song Is Done - a quote from a poem by Friedrich Nietzsche, no less. It was an abject failure. However, where I based myself for my forays into the dunes was a good writing spot: a French-run auberge called Ksar Sania next in the Erg Chebbi near Merzouga in Morocco. I have fondly pretentious memories of reading everything from Attar's Manṭiq-uṭ-Ṭayr to Kant's Logik, Camus' Le Premier Homme to Dawood's translation of the Qur'an and thinking I was an author.

Banter: Do you prefer writing in English, Spanish, another other language? Why?

Fiske-Harrison: My only literary-level fluency is, strictly speaking, English. I have written for the Spanish press, but my phrasing invariably requires polishing if not outright surgical intervention. The same with French: I participated in the publication my story 'Les Invincibles', which was a finalist in Le Prix Hemingway and was printed in their anthology, but I wrote it out in English first. Vocabulary is always the issue with my style of writing and also in general. English is such an absorptive language that we take on words that begin as synonyms for other words and then gain a nuanced difference which in other languages might not be accessible. Envy and jealousy, anger and rage, confusion and confoundment...

I always liked the thesis that the reason the Ancient Greeks did not write about the problem of consciousness, as it is known in academic philosophy, is because their language could not describe it. There is, of course, the follow up argument that the problem itself may be an invention of our language. How did Ludwig Wittgenstein put it? "Philosophy is the battle against the bewitchment of the intelligence by means of language." Or something like that.

Banter: You’ve spoken about your aversion to writing while drinking, is there a fundamental difference between those authors who can turn a phrase while blotto and those who cannot?

Fiske-Harrison: Did I say that? I must have been drunk. In all seriousness, I have turned to a beer or a glass of wine as both a stimulant and a relaxant to make the writing process flow when I feel my inspiration running dry, but it has a limit longevity as a "sharpener". Carry on in that manner that day and you end up drunk. Carry on like that every day and you end up an alcoholic. That said, one of my most memorable and lucrative writing jobs was when I was asked to write the obituary of a bullfighter-acquaintance by a British tabloid. I was in Pamplona at the time, had just run with the bulls, and was drinking with friends. I'd done a brief interview for the BBC whilst consuming my first brandy at about 8:15am but then turned down two commissions for broadsheet newspapers as I was on holiday. The tabloid got through to me at about midday and made me an offer I could not refuse. I told the editor I was drunk and he said, "I like it, old school fleet street. Get us fifteen hundred words in two hours and we'll clean it up for you." It was most memorable, ironically, because as a result I finally got to read my own writing without remembering having written a word. It was educational.

Banter: Your latest project, The Land of Wolves, what is it about? Can we expect a moral dilemma on the subject à la Into the Arena, or is it mostly concerned with our co-evolution with canids?

Fiske-Harrison: I think that good writing should be challenging. I find wolves fascinating because they are the most projected upon animal in existence. I began as an undergraduate biologist and to me they are a medium-sized social-mammalian predator, no more, no less. Yet to half of those who spend any time with them they are beautiful and noble, sweet as puppies and as misunderstood as Prince Hamlet. The other half hold a view not far from that great conservationist - who was also a prolific hunter - US President, Theodor Roosevelt, who called them "the beast of waste and desolation."

Wolves are quite clearly none of these things. However, I do believe that from their anatomy to their behaviour, their psychology to their pack-structure, they have a kinship with man which resulted in them becoming not only the very first domesticated species, but also the one that led to the greatest changes in our behaviour and even our biology. It is even arguable that only those humans who were neurologically hard-wired to get on with wolves/dogs survived the Ice Age.

If you want to write about the great dichotomy of wildness and civilisation, about human nature and history, and incorporate the great contemporary themes of the environment and Man's place in the world - they are a charismatic way in.

In terms of your particular question, which is a suggestion that I might kill a wolf: why? Morally, it would have no organic literary foundation, as I am not writing a book about men who hunt wolves. I am aware of the need to kill wolves, of course, and that is controversial enough to write about objectively. There are currently places where wolves could be reintroduced around the Western World where they are not being because of the fear of a public outcry over culling, and since the conservationists working there don't want wolf overpopulation, leading prey decimation and the ensuing wolf starvation, they are not bringing them back. This is both tragedy and farce writ all the way down its false ethical foundations.

Personally, I'd need a better reason to kill a wolf than marketing. Killing land predators - i.e. species we don't eat - needs strong reason, and given my own feelings towards the whole species Canis lupis, wolves and dogs, self-defence would be about the only one I could list. I have a very lupine dog - a German-Belgian shepherd cross called Kela who belongs to my Austrian fiancée - sitting next to me as I write this. To see a pair of pointed ears and a long muzzle like that in the cross-hairs of a Schmidt & Bender scope would make me very unhappy indeed.