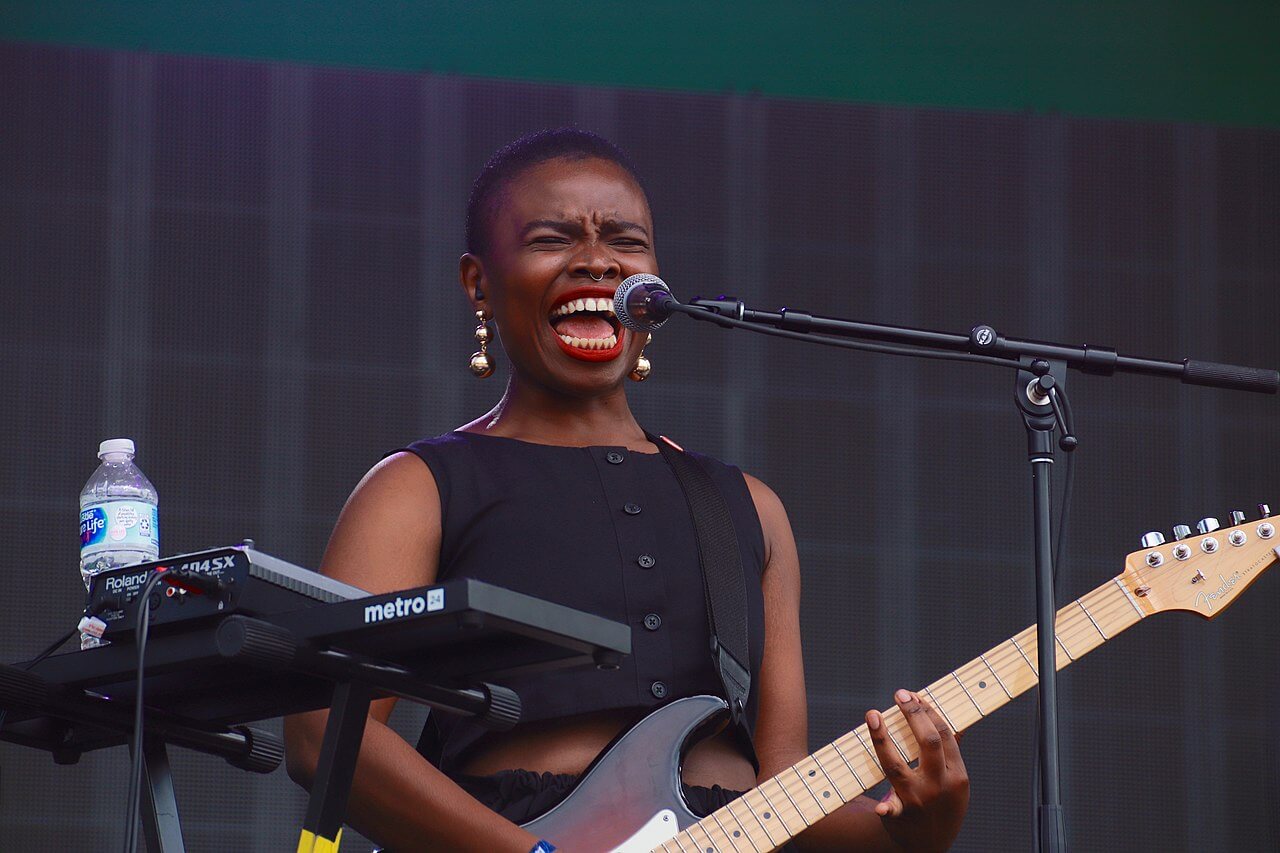 On her dreamy eponymous bedroom pop bop record, Vagabon, Laetitia Tamko expands on her indie guitar rock palette, swirling together warm synthesizers and vocals that feel  like they’re being spoken softly, personally. The album is full of intimate bangers like “Flood,” a driving repetition of mantras about  self-worth, and powerful St. Vincent-esque ballads such as “Please Don’t Leave the Table,” a love-angry foot-stomping pierced by synthesized horns.

“Full Moon in Gemini,” the album’s introduction, brings out the virtual violins in full force, meeting them with a bumping beat. On “Home Soon,” Tamko drops the drums entirely and blends digital strings into a towering and disarmingly dissonant climax. “Water Me Down,” a gratifyingly danceable moment on the record, depicts a relationship slowly poisoned, and the narrator thereby losing any sense of self. The catchiest songs are so often the saddest.

On this, her follow-up to 2017’s more indie-rock inspired Infinite Worlds, Tamko brings back her signature acoustic guitar sound. She does likewise on “In a Bind,” but there exists an expansiveness which is more present on this new album. Layers of vocals and synths join her voice to create a nervous, angelic choir, shouting the tortured, yearning lyrics. “Every Woman” is also a return to Tamko’s older style, though fleshed out with subtle synths resembling slide guitars, and calling to mind acoustic Angel Olsen (this connection is not without consequence; the two are touring together this winter). The song is a forceful battle cry, an admission of sorrow but more so of strength; “Cause we’re not afraid of the war we brought on / and we’re steady while holding you all.”

The final track, “Full Moon in Gemini (Monako Reprise),” shows Tamko’s songwriting versatility, casting the first track in a new, darker light, tuning down the vocals and adding a more chaotic beat and texture beneath her voice. “Wits About You” briefly connects Vagabon to the world outside its cocoon, declaring over pulsing bass synths “They won’t let my people in / Well then never mind / We don’t wanna go to your function / I want it all for my own / It’s me and everybody I know.” Each of these tracks is intimate, the lyrics often addressing an unnamed “you;” the listener is engulfed not only by the sonic experience.

To add another layer of intimacy, Tamko produced this album by herself, a testament to what one person can do with a laptop, pushing the technical boundaries of the “bedroom.” This is also an illustration of Tamko’s embrace of DIY ethics, having spent years touring small indie venues and houses. Vagabon pulls us into a space where we can be comfortable and emotionally vulnerable, and her sophomore album stands as a lush, powerful testament to that project.