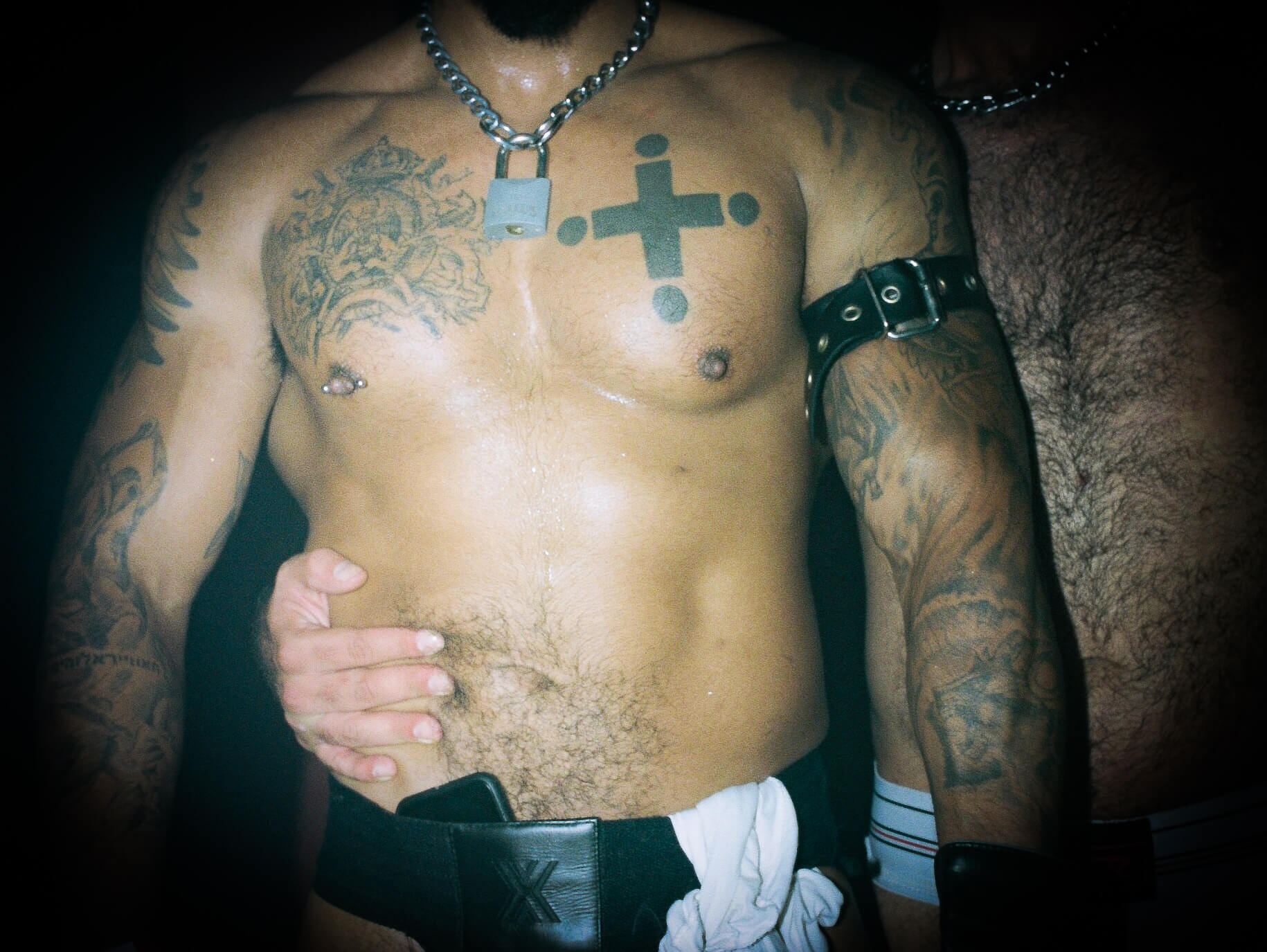 Jimena Luja is a Mexican photographer who studies the anthropological behaviour of people in social circles. Her main focus is the queer community in Mexico City. Transgressive and underground, her photos represent a decidedly open look into a unique nightlife...‍

I remember a time when I had a conversation with a photographer much more experienced  than myself. We were talking about how easy it is nowadays to be influenced by the work of others, and how the inertia of that feeling ends in noticing that your work is not original—as if your signature were missing.

He told me that everyone has this subconscious act of photographing specific things by instinct.

I was transported back to being 8-years-old. Both of my parents worked, so I had a lot of free time to walk around the city.

My favorite spot was this huge chapel near Mexico City’s downtown. I used to spend hours looking at the gallery of saints that were right at the entrance.

They were human size paintings of saints, and I would often talk to them about my day, as if they were listening to me. Now that I think back to that time, I still don’t know what it was about those saints that captured my attention.

The one thing I know is that now that I have the ability to analyze those images retrospectively, I notice how much they have influenced my work.

I normally just do portraits, and just like religious iconography, the visual weight of my photographs can be found in one singular point of focus—my subject. I instinctively enlarge him to make him the main character. For me there are only two cells in a photograph, that of the subject and that of the background.

Once upon a time, I was trying to experiment with excluding humans from my work, but I felt the same subconscious processes even with objects or architecture. When I was little I was such a lonely child, and now I’m thus very interested in the social tribes that we engage in as humans. I’m very curious about the behaviors we adopt and the rituals we undergo in order to be part of a specific group of people.

I’m always looking for situations or subjects that embrace this aspect of humanity. Implicating myself in Mexico’s queer community has given me the chance to experience such a scene with more frequency.