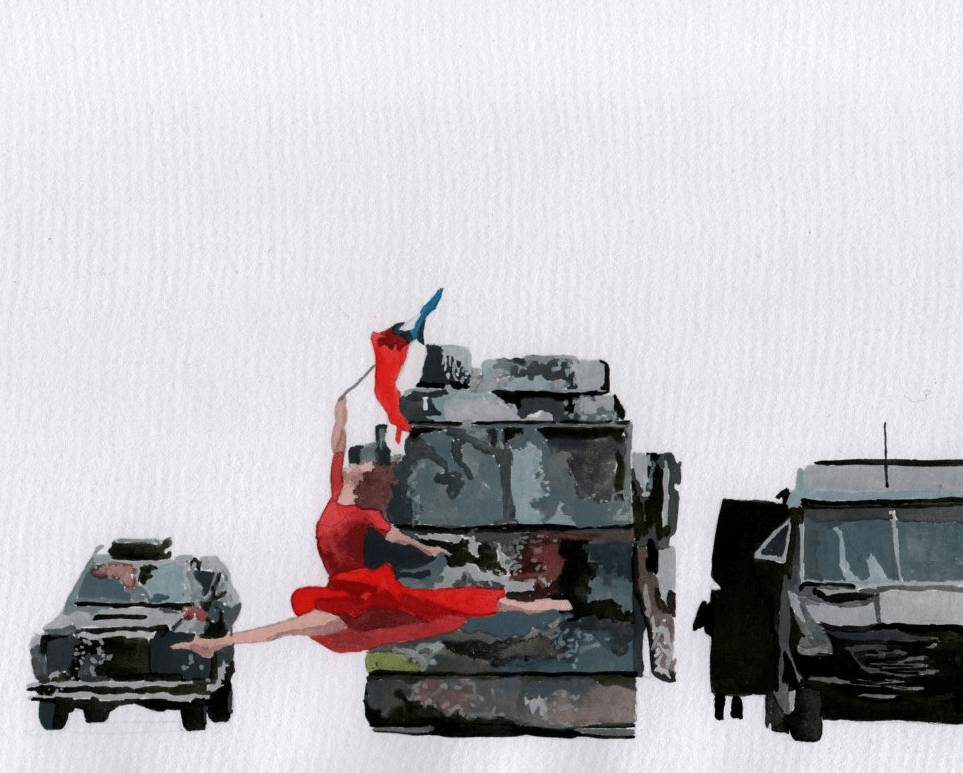 “Alien invasion,” lamented the First Lady of Chile, Cecilia Morel, amidst the chaos.

But, it’s very hard to keep up, and it’s been made even harder by the lack of international coverage combined with the spread of fake news. While there is a frenzy of information and a smattering of opposing views, a few things are quite clear:

1. Chile has had an undeniable inequality problem for decades—consistently ranking among the worst three countries in the OECD⁠—with a GINI coefficient of 0.46. Healthcare, water, education, and other basic services are all privatized… It’s no wonder the people are upset.

2. Chile has experienced several episodes of blatant corruption and overt corporate greed: President Piñera’s tax evasions, endless collusion, and an overall double standard for the top 1%. Not to mention politicians who earn, on average, the equivalent of 31 minimum wage salaries. It’s essentially a white-collar playground.

3. People were justified in manifesting their disagreement, and in requesting change via protests; nonetheless, chaos built rapidly—prompting many to wonder how it could be that such organized destruction occurred so sporadically. On Friday the 18th of October, over the course of four hours, over twenty metro stations, a tall energy building, and several other structures were engulfed in flames and burnt down. To many people, it was incomprehensible that protesters would rail against fare increases by torching the metro stations.

“We need peace and order to move forward. Everyone seems to agree on that, but their views on how to get there differ massively.”

A few days after the beginning of the protests, an apology and a series of reforms were put forward by President Piñera in an attempt to appease the people and restore public order. These reforms included: a 20% increase in basic pensions, stopping a raise in electricity tariffs, increased funding for healthcare, and a reduction in the number of parliamentarians, among other proposals.

There are two main views regarding the apology and reforms:

Some people have deemed the reforms underwhelming and expressed their distaste, demanding more significant change and calling for the withdrawal of the military from the streets. Some believed that the reforms lacked substance. Furthermore, there have been many accusations and several confirmed instances of police and military overreach. At this point most people feel threatened by the authorities. They plan on continuing to protest until more significant reforms are put forward and the military is withdrawn.

On the other hand, some defend the idea that these reforms were only meant to be an initial step toward further discussions to address inequality. They believe that without order, substantial work cannot be done, and while they may agree with the right to protest, they believe that it has been exercised long enough. Some even defend the principle that as long as the protests continue, the military and police must remain in the streets to defend the vulnerable from lootings and violence.

Tuesday the 29th of October marks the 11th consecutive day of manifestations in Chile, and the curfew has finally been lifted in Santiago. Generally, the manifestations have been more pacific than in the initial days, and last Friday 1.2 million people peacefully walked the streets holding banners and chanting.

Meanwhile, reports and accusations of police and military abuse still prevail on social media. Many agree that the scenes are awe-inspiring, and that they show a Chile unified and fighting against inequality and abuse.

“There is another theory that President Maduro of Venezuela sent his people to cause chaos.”

There has been a recent stream of content suggesting that the riots and protests occurring across Latin America were coordinated by a radical-left wing international group that goes by the name ‘Foro de São Paulo.' Nicolás Maduro was recorded in a speech addressing the ‘Foro de São Paulo,’ saying, “we are achieving the plan, you understand me...” —and one of his representatives is on record stating that what was happening in Ecuador, Chile, Peru, and Bolivia was merely a ‘breeze’ and that now the ‘hurricane’ is coming. Maduro went as far as to mock Chile’s prior status as a role model of Latin America. If this makes you scared, it’s because it should.

What’s more, the Brazilian President, Jair Bolsonaro, has blamed the Foro de São Paulo for the manifestations happening in Chile right now. While the President of Ecuador, Lenín Moreno, has also expressed his concerns, claiming that Maduro unleashed a destabilization plan.

Succinctly put, a third opinion is that the orchestrated chaos in Santiago might have been executed and funded by the Foro de São Paulo; after all, it would definitely have taken preparation to incinerate so much public and private capital. This might also explain why an audio clip of the Chilean First Lady was leaked in which she alluded to an ‘alien invasion’ in the country.

“We have gained nothing, and it is necessary to continue with the demonstrations in the streets, to continue the struggle to create a new country.”

The testimony above serves as a picture of the institutional distrust and scepticism that reigns over Chile at present. A significant amount of citizens hold this exact stance. They believe that unless these manifestations carry on, all efforts will have been wasted, and the country will simply revert to its old ways with no substantial reformation. Considering that jobs, infrastructure, and even lives have been lost along the way, and keeping in mind the government’s history of corruption, one should be able to understand why people feel this way.

Ultimately, the saddest part of the current situation is that no matter which side they support, Chileans are either scared, confused, angry, or indignant.

Juan Bontá is a Chilean national currently studying Philosophy, Politics and Economics at the University of Reading in England. His areas of interest are inequality and growth studies.

Illustrations by Amelia Fernández de Rota. For more of her work see @am_.arte