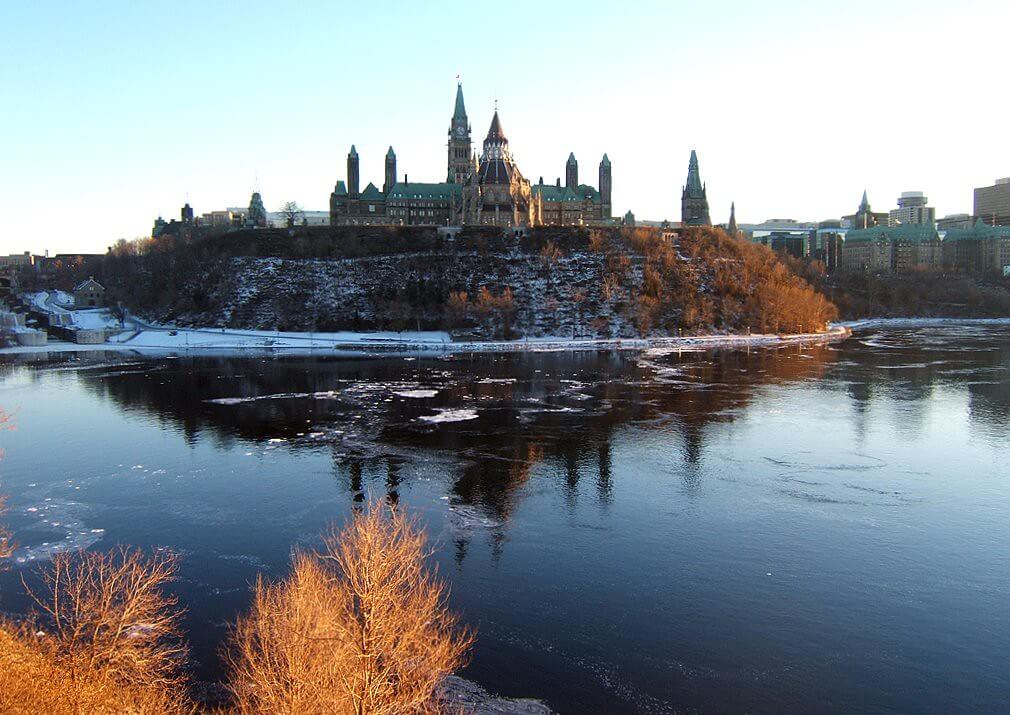 For as long as it’s existed, the 29th Canadian Ministry has been an iterative, hotly debated beast. The intoxicating promise of “sunny ways,” a promise which proved incredibly potent in 2015, now seems… well… slightly diluted. You all know why.

But while the current government may lack that sheeny lustre it rode to a majority mandate four years ago, the unveiling of a new cabinet provides an opportunity for the beleaguered PM to reassure Canadians of his progressive agenda and administrative competence.

One of the ways he chose to do this was through the creation of the Department of Middle Class Prosperity, headed by Ottawa-Vanier’s Mona Fortier. Since the announcement of this peculiar new wing of the executive branch, many Canadians have questioned both the need for such a department and what exactly it will be tasked to accomplish.

Who’s middle class? What do middle class people want? What about all of those people who are “working hard to join it”? Currently, a great deal of confusion remains.

However what few Canadians know, and indeed what mainstream media outlets have largely ignored, is that Fortier’s portfolio falls within the purview of the considerably broader Department of Diversity Oversight for the Department of Middle Class Prosperity, headed by Monde-Laurentia MP The Right Honourable Jacques Lacaque.

To make sense of what all of this governmental commotion means for real, middle class Canadians, we sat down with Minister Lacaque at the Chateau Laurier for some banter over a snifter of Courvoisier XO.

Banter: Many Canadians are wondering what the Government’s objective is with the creation of these two new departments: Minister Fortier’s as well as yours. What’s the simplest way you can describe your role to the public?

Banter: Okay, yes, that makes sense. But, what specifically does that look like? Are there certain parameters that you’re going to employ in order to define who is middle class? Or maybe some concrete socioeconomic markers that might demonstrate prosperity?

Rt. Hon. Minister Lacaque: It’s about consulting and working hard for everyone. Canadians, particularly middle class Canadians, sent us a clear message this election. We’re ready to work on implementing policy that reflects their message in a manner that is inclusive and sensitive to the realities of climate justice.

Banter: Okay. Alright, so Minister Fortier actually recently did an interview with CBC  wherein she said that having your kids play hockey is a good way to tell if you are middle class. What do you think about that definition? Is it too broad?

Rt. Hon. Minister Lacaque: Well, it is sometimes a difficult thing to define--the middle class, that is. I don’t necessarily think it has to be hockey. It could be lacrosse, or soccer, or anything like that. Sports are a good indicator of being middle class, certainly. But you have to also remember that not all Canadians are represented equally in sport, and there are actually quite a few barriers that marginalized peoples need to overcome in order to play sports.

Banter: Yes, that is true.

Rt. Hon. Minister Lacaque: It doesn’t have to be hockey. There are many fun things to do for making prosperous the middle class! I was actually heli-skiing in Whistler last weekend with some of my friends. No politics, no division, just middle class Canadians soaking up the beautiful backcountry. The weekend before that, we flew out to Tofino for a 32-hour surfers getaway. It doesn’t matter which one, but all Canadians benefit when they get involved in activities. It’s unfortunate, but there is still very much a lack of diversity in these activities.

Specifically, I think we need to see more LGBTQQIP2SAA+ individuals doing those activities I just mentioned. Canadians want more middle class activities for everyone; we’re ready to take bold action on that front.

Banter: Uhh… Right. Okay, this might actually be a good place to get into your portfolio: The Department of Diversity Oversight for the Department of Middle Class Prosperity. Why does Minister Fortier’s portfolio need oversight?

Rt. Hon. Minister Lacaque: Perhaps the term ‘oversight’ may be a bit misleading. In reality, what we will be doing is making sure that the Department of Middle Class Prosperity is committed to equitable practice and furthering social justice within their operations, and we will intervene if they are not.

Banter: That sounds like the dictionary definition of oversight. And again, it isn’t really clear what those operations you reference are…

Rt. Hon. Minister Lacaque: Well, yes, we are overseeing Minister Fortier’s department to make sure that all Canadians are becoming members of the middle class.

Banter: Isn’t that what Minister Fortier’s department is doing?

Banter: Right. Okay, well I think a lot of people are confused by some of the jurisdictional overlap with other cabinet ministers. Bardish Chagger is the Minister of Diversity; shouldn’t she be taking care of all this stuff?

Rt. Hon. Minister Lacaque: Her job is to ensure that all socioeconomic tiers of Canada are diverse. We are specifically focusing on ensuring the diversity of the middle class.

Banter: Wait, why would you want to ensure that the bottom socioeconomic tier is diverse? Wouldn’t you want it to be made up entirely of non-socioeconomically marginalized people?

Banter: Okay, so if there were too many Canadians of a non-socioeconomially marginalized demographic in the middle class, how do you get rid of them? Do you push them into the lower class?

Rt. Hon. Minister Lacaque: It is not about getting rid of certain Canadians, it’s simply about making sure that there are enough of each type of Canadian in the middle class, and implementing policies to make sure more diverse Canadians enter the middle class.

Banter: But you still haven’t really said who is middle class.

Banter: And you can tell that these non-diverse Canadians are not middle class because?

Banter: Well, I mean, the diversity component seems like it should sort itself out if the other departments are doing their jobs, right?

Rt. Hon. Minister Lacaque: Yes, but who will make sure that they are doing their jobs?

Banter: Members of the opposition.

Rt. Hon. Minister Lacaque: In a perfect world, yes. But they have failed. A decade of Harper era policies have made it very difficult for diverse Canadians to join the middle class.

Banter: Minister, with all due respect, I’m not sure I follow you.

Rt. Hon. Minister Lacaque: Let me give you an example. Last week, I was playing tennis with some old friends from law school. In between sets, as we were waiting for the court attendant to bring us a carafe of Perrier, it occured to me that there wasn’t a single FNMI Canadian in our group. There are so many examples of this, where I find myself doing middle class activities and realizing that there is not enough diversity within the middle class. This is a very common feeling, and I know I’m not alone. Canadians sent us a clear message this past election that they want action; they want change; they want to see a prosperous middle class that is diverse.

Banter: Okay, well, I still don’t think I understand, but I do appreciate the effort. I want to finish by asking you what will be the biggest challenge facing your government after losing its majority status. Any obstacle that stands out to you?

Rt. Hon. Minister Lacaque: It is unfortunate that we are no longer in a majority position, because I now have to be in Ottawa so often in order to vote on bills. Like most Canadians, I travel often, usually for at least six months of the year. France, Switzerland, Luxembourg: there are so many beautiful places in the world that I love to visit. With that said, I am looking forward to my role in this cabinet. If that means I have to spend time in my riding or in Ottawa, so be it. Middle class Canadians, my peers, are counting on me.

Banter: Right. Okay well thank you so much for your time. Merci beaucoup!