Maky Lavender on the Mic 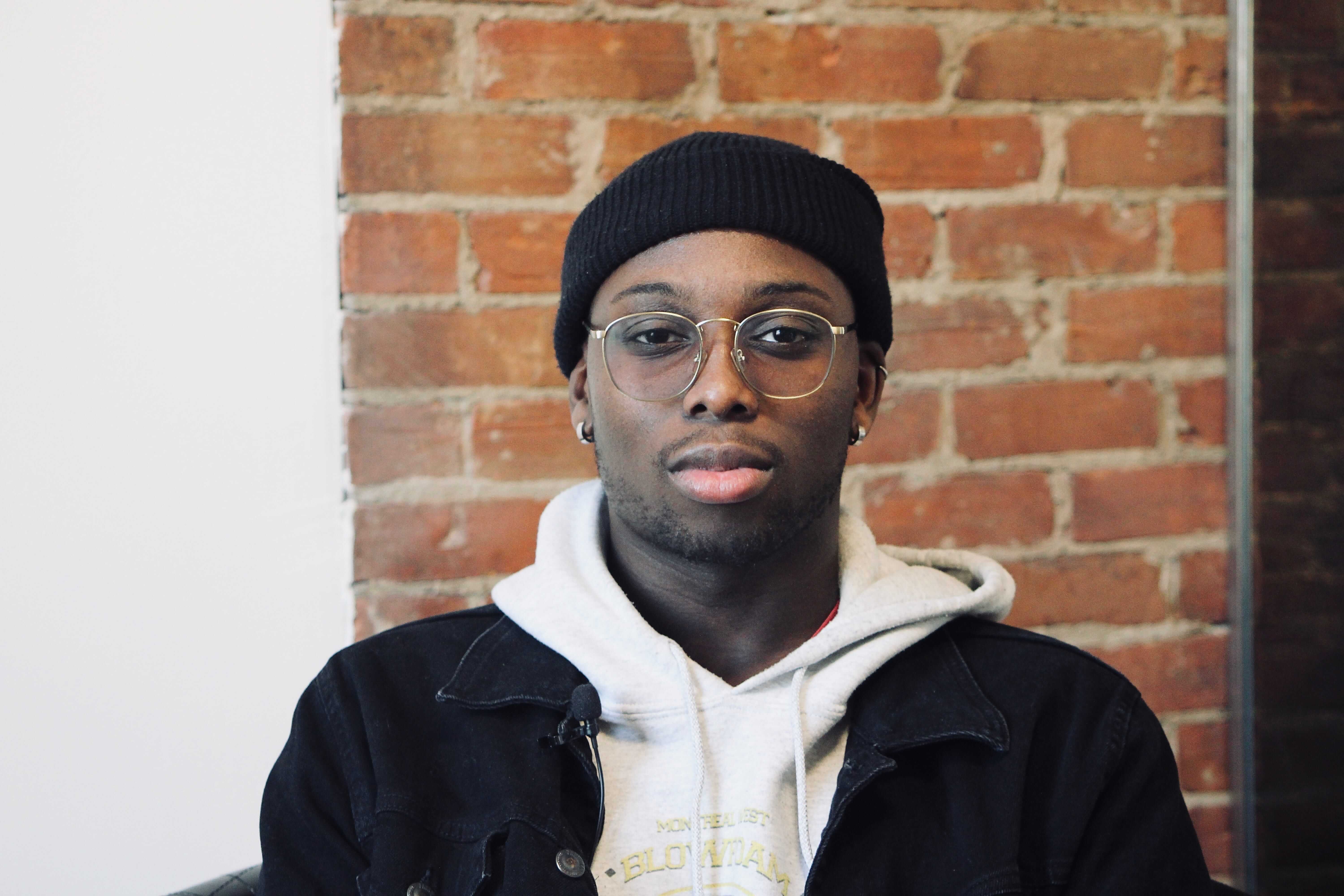 Maky Lavender is the West Island’s golden boy. With scorching hot tracks like “Keep Up” and “Ukannafo,” he’s dunked on the Montreal rap scene in a big way. Signed to the local project Ghost Club Records, he’s also due for an album and we can’t wait. To get the latest we sat down with Maky in the Plateau; and you should probably know, he was ten minutes⁠ early—man loves to grind.

Banter: It’s election day in Canada. Why should people go out and vote?

Politics is pretty simple; it’s a bunch of guys and a woman—because there’s literally just one and she’s in the Green Party—a bunch of men who freaking represent different types of Canadian men, and then they all just say shit until they win. It’s like my album coming out, they’re just like, hey listen to my shit! So yeah, maybe you should vote just to change the outcome for your family.

Banter: Where were you conceived?

Maky: Here, in Montreal. I was born in the freaking Rosemont Hospital.

Banter: But, Mr. and Mrs. Lavender...where did they make you?

Banter: When did you write your first song?

Maky: I wrote a song when I was probably like eight. But, I didn’t know what the fuck writing a song was, so I just wrote a bunch of songs that I thought rhymed and put a beat to it. Then my mom found it and thought it was an essay so she corrected it. So I guess that makes it not a song anymore. To be real with you, I’m not sure. My first real song is still on Facebook from when I was thirteen or fourteen...it’s shit.

Banter: When will you write your last song?

Maky: Hmmm, that’s crazy for real. Probably pretty young really; I get bored of shit fast. Watch, when I’m like 32 I’m gonna be done with music, fuck this shit. Watch, at 32 imma be done.

Maky: I can’t have a hype man, I talk too much.

Maky: “Man is on the road, look for purpose where I’m tryna go.” It’s on “Keep Up,” it’s the first line, literally. Cause I read this thing called man’s search for meaning and I’m a fucking man, and I need to know where the hell I’m going and I’m young and tryna know what the fuck’s going on.

Banter: “Ukannafo” is one of your most popular songs. What’s one thing you wish you could afford right now?

Maky: I really want those condos. They’re building some crazy condos. I’ve seen them, and I’m not even close to buying condos. I saw them in this neighbourhood I really like and I really want one. I don’t wanna say where it is, because imagine somebody sees this shit and they buy it just to piss me off. But, I really want one, a 4 ½ in there. And, when I want something I’m annoying, so I might get it.

Banter: Any artist, any genre.

Maky: Yeah, but see that’s where it’s fucked up. Because there are some guys who are really good at one thing, but not other things.

Banter: If there’s a plague coming tomorrow, and it’s going to kill all the musicians in Montreal except for one. Who do you save?

Maky: Probably Kaytra. Like, I’m sorry but Kaytra did so much. If everybody fucking dies we need Kaytra to still be there because Kaytra did so much shit. If he dies, we gonna be talking about Montreal like yooo...A-Trak made it out in New York, High Klass made it out in New York, but then we don’t have a producer who made it out of Montreal. And the producer has to make it first, because they make the sound. I’m sorry, I know a lot of producers gonna be fucking in they feelings, but I’m sorry that’s life. We need Kaytra.

Banter: With that in mind, getting people in their feelings, who’s the worst musician in Montreal?

Maky: For someone doing it professionally...I would say someone but nah I can’t say his name, He’s not rational, he’s gonna come at me, he’s on drugs.

Maky: Probably my friends. I could say some crazy shit, I could say Zach Zoya sucks, but nobody’s gonna believe. Yo, yeah, Zach’s probably the worst one, Zach Zoya, he’s the worst in the city. Yo, I should stop, imma fuck this shit up.

Maky: I would drop it tomorrow, but it’s not smart to drop it tomorrow. So, I should drop it and I can’t tell you when it drops, because if I find out when it drops and I tell people, they’re gonna be like, “I don’t need to give a fuck until then.” So I can’t tell you, so you don’t find out, so when it drops you’re like, “Oh yeah?” First of all, I don’t know, because things gotta be done first, but when I know I'm not tellin’ anybody. It’s gonna drop eventually, probably in the next six months.
‍