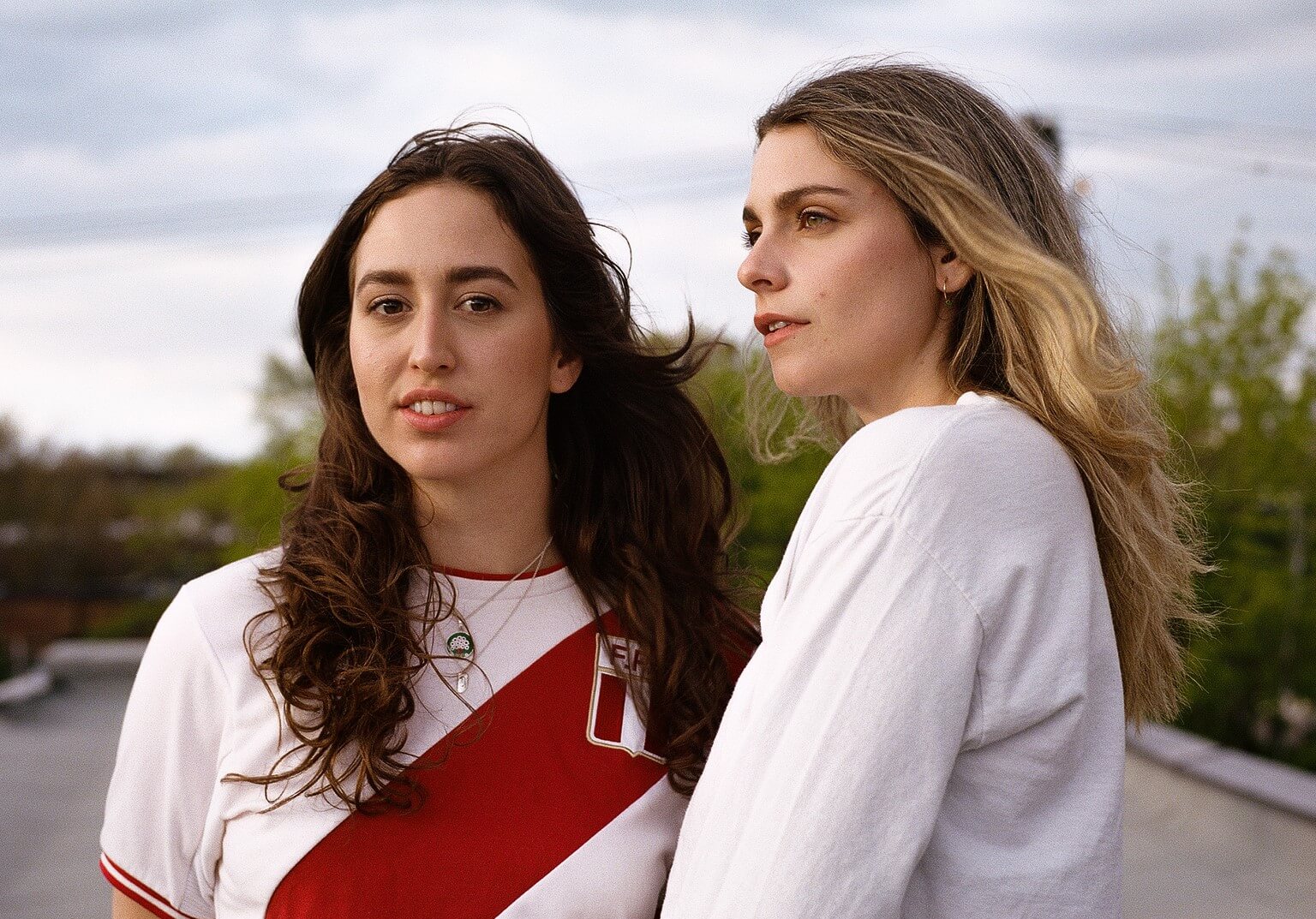 The homegrown duo Heartstreets have played some of the biggest music gatherings this country has to offer: Canadian Music Week, Jazzfest, Osheaga...This past summer was a bit quieter than usual for the pair, but only because they’ve been in the studio cooking up tracks and locking down big features. We got the girls in the Banter hot seats for a lightning round of music and personal trivia.

Banter: You guys are called Heartstreets. What are some of your favourite streets in Montreal?

Gab: Lot’s of cheese and flowers.

Banter: You guys are either famous or infamous for having worked with so many different producers and collaborators in the industry here in Montreal. Do you think that’s because you can’t go steady or because you’re multi-genre?

Emma: Well, we’ve stuck with each other for this many years, so I don’t think we have difficulty sticking with people. And, we honestly work with the same people over and over again, especially when it works really well and when we have fun. It’s more that we’re very curious and we have so many different tastes in terms of music that we love trying out different things with different people.

Banter: The album, Why Make Sense, has very summery vibes, was it sort of weird to have it drop in February and have people playing those songs in winter?

Gab: Well, it’s a nice vibe when everything is enneigé, because then you forget a little bit about winter. Also, we didn’t plan that far ahead. We wanted the song to live and so that’s what happened.

Emma: And, they still play the song now; so it’s like, it came out when it was cold and there were house party vibes and then people played it throughout the summer and now it’s autumn and it’s still being played, so it’s cool that it can live through the different seasons.

Gab: Yeah we often talk like that, as if we were sisters. We’re closer than cousins, unless you’re really close to your cousins.

Banter: ...and if you were sisters; who would the dad of your entourage group be?

Emma: *pointing to Gab* Your dad. Because he comes out with us.

Gab: *pointing to Emma* And your mom.

Emma: Yeah they both come out, but they’re not like parents, they’re friends.

Banter: You tend to avoid French in your lyrics, but you’re both Francophones—why is that?

Emma: There’s no French! It doesn’t come out naturally; we freestyle sometimes and try to sing in French and it gets very very funny. *pointing to Gab* You’re very good at it.

Gab: We’ll write in French to be creative, and we did a song at the writing camp, which is a beautiful song in French. We wouldn’t release it through Heartstreets, but we wanted the song to live somehow. It’s not the style we’re approaching. We’re very inspired by 90s hip hop from the states.

Banter: How old are you guys?

Gab: How old are we? Guess.

Banter: I think I read somewhere 27.

Banter: You guys know about the 27 club right? So Gab is safe, Emma you still have a week left to survive?

*all knock on wood*

Banter: I know Why Make Sense is still very fresh, but can you tell us about any upcoming projects?

Emma: We took a bunch of songs from Why Make Sense and we revisited them with different producers. There are two EPs. Why Make Sense Revisited 1, which came out a few weeks ago and then there’s volume 2,which by the time this airs will already be out.
‍
‍

See Heartstreets in concert on November 28th at Théâtre Fairmount.