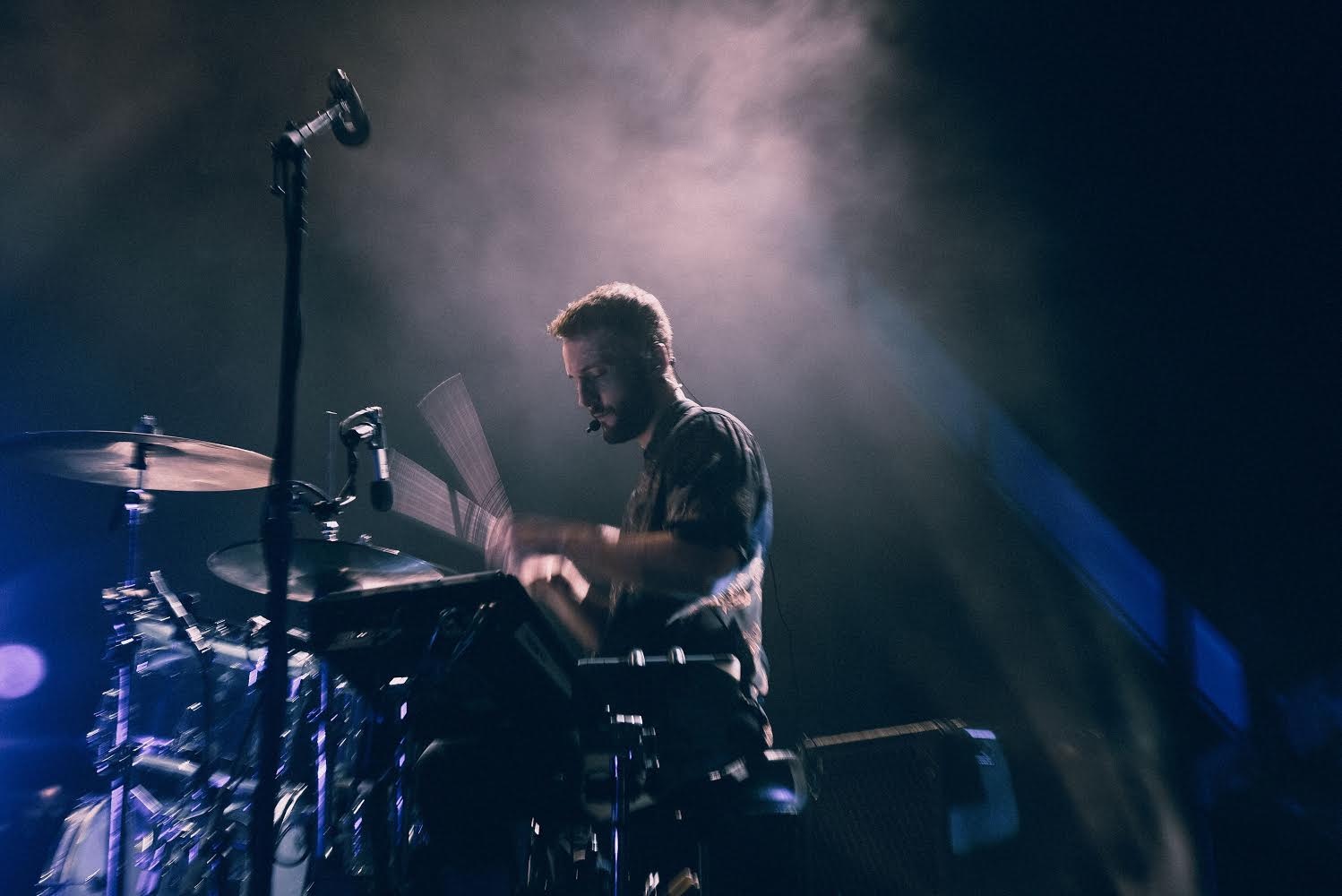 Young the Giant has been a dominant force in the indie and alternative rock scenes for a decade. Their sound is slick, relaxed and genial, a lot like their drummer, Montreal native François Comtois. Fresh off a performance at Osheaga, we caught up with him to discuss his musical background and the band’s latest creative endeavours.

Banter: In terms of your musical career, which artist has had the biggest influence on you?

Comtois: That’s difficult to say. From a songwriting perspective, I’ve always looked up to David Bowie because of his ability to change over the course of his career while still staying very focused in picking and choosing the things he loves. He’s someone who just had so many amazing ideas constantly filtering through his consciousness. In terms of drummers, there are a whole bunch of people who come to mind: Phil Selway from Radiohead, Jim Eno from Spoon, Questlove—these are people who can play to the song and emphasize parts that make the song better without necessarily playing for themselves.

Banter: In 2007, you transitioned from bass to more of a drummer/general percussionist role. What prompted this?

Comtois: So we went through a couple of lineup changes in the early years, and we finally solidified things in 2007. As you say, I used to be the bassist, and we had this great drummer who was actually a trained jazz musician. He actually got a scholarship to the Manhattan School of Music, so he ended up going down that path. I have been playing drums since I was 15, albeit not very seriously, but I knew my way around a kit, so I volunteered tot fill in the gap while we searched for someone more permanent. Our friend Payam came to fill in on bass, and that actually ended up being the permanent arrangement. Initially, I thought the move would be temporary, but I’m definitely happy with how things turned out, and I love being able to push myself as a drummer.

Banter: When it was released, the band announced that Superposition is about “recognizing the constant that hides behind infinite variations”. Similarly, you’ve remarked that the project is an ode to our fluidity: “...every day we wake up a slightly different person”. With Superposition specifically, you guys took an already killer song and transformed it into multiple iterations that were just as interesting. You could have done this with any song. As a group, how do you decide which tracks to explore and reinvent in such a way?

Comtois: I think we all felt that Superposition was perhaps the most solid song. Just from a purely songwriting perspective, it had the most depth to it, and it really was able to stand on its own without having to rely on arrangement or sonics or studio tricks or anything like that. We really felt confident about it as a song. With that in mind, we thought it could be fun to try and have these different reflections pop up. We had a lot of time—we had been touring pretty much nonstop for a year, and when you’re on the road it can be tough to come up with new material. There is, however, a lot of time to look back on the catalogue of work you’ve already created and do rearrangements and remixes because all of that stuff is on hand,ready for you to play with. We figured it could be fun to see if we could make it sound different while still holding on to the crux of the song; that was the mission going into it.

Banter: Notwithstanding the previous question, and your obvious individuality, which group do you feel Young the Giant is most similar to, either sonically or creatively (ie. how you approach the process of making music)?

Comtois: That depends on how you look at it. I’ve kind of always thought that we have a lot in common with Gorillaz, actually, just in that the focus is always the song, and everything we do is in service to the song, but we do have a tendency to jam-pack our arrangements with all sorts of textures and parts. It’s something that we try to strike a balance with—finding that simplicity while also wanting to keep things interesting for ourselves as musicians. I’ve always admired the way that Gorillaz are able to have these songs that have ten or fifteen things going on at once, yet somehow everything still fits. There’s a pocket for everything, and the complexity isn’t detracting from the strength of the song. Also, if you listen to a lot of their work, you’ll notice that it spans the gamut of genre by incorporating a lot of different styles and energies. We’ve always been a little scatterbrained about our writing. Hopefully in comes out in a cohesive manner, like it does with Gorillaz. I’ve always looked to them as a bit of a guiding light.

Banter: You guys just played Osheaga… You’ve been performing at similarly sized events for over a decade, festivals like Lollapalooza, Governor’s Ball, SXSW. Is there one that stands out as your favourite?

Comtois: That’s tough because they all have something unique that they bring to the table. Osheaga definitely comes to mind, as something that’s obviously very fresh in our memories right now. Being from Montreal originally, I’ll always have a special place in my heart for that city. As a nexus of culture and food and all forms of art and music, you get an audience that’s just really receptive to music, so performing there is always a really beautiful experience. I do also love Outside Lands in San Francisco. It’s almost like a West Coast version, where there’s all sorts of food and culture, and it’s in a really beautiful location. It’s also one of the few festivals where it’s not, like, 120 degrees, which is fantastic—you can actually wear a jacket for once.