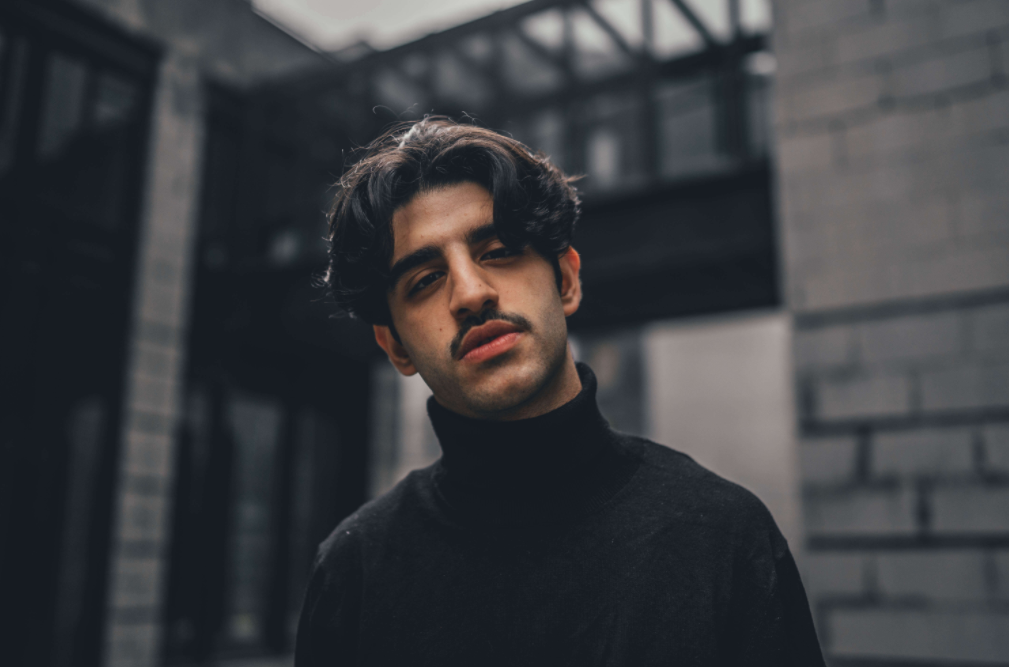 Jamil Assoum, or as his quickly growing fanbase may know him, J.A.M., is a Boucherville-native whose punchy lyricism and sonic intellect is attracting a lot of attention both on and off the Island.

Having gravitated toward rap and hip-hop through a high school passion for poetry, J.A.M. released a number of singles throughout 2018, including La Vérité fait mal and Amor. 2019 saw the release of his debut album, BARRIERÈS.

Il rap en français, but he gives 100% of his Banter Magazine interviews in English.

Banter: Robert Graves once remarked, “To be a poet is a condition, not a profession.”

At what age were you diagnosed?

J.A.M.: Ahaha, that’s a great introduction. Really, man, I was nine or ten when I first realized that I wanted to have a stage presence. I didn’t know what I wanted that presence to be, but I knew it was something I wanted to pursue. I remember wanting to be a comedian really early on, even before high school; that was my thing.

But I was also always really into music. I remember discovering Michael Jackson online when I was really young, and that sort of revealed this passion for music and dance and artistry. At that point, I wasn’t really mature enough to get into writing, or hip-hop more generally. It took a couple years of being in high school actually doing theatre and dance—I would have been in Sec-4, so like, 15 or 16 years old—before I got into a poetry contest.

By that point, I had already discovered rap, and I was listening to it all the time, like, religiously. I had done a bit of writing before then, but that contest was the first time I actually had the confidence to share it with people, which was great because the kids in my class actually really liked it.

From that point, I just got this feeling that I could actually do something with writing, and I started to take every opportunity I could to share my stuff with people.

So I guess to answer your question, I knew I wanted to be an artist when I was nine or ten, but then it took me five or six years to really figure out that I like writing a lot, and then that I like performing what I’m writing.

Banter: And that process of merging your written work with the music occurred fairly organically?

J.A.M.: Yeah, because I think I’m from a generation that’s always listening to and thinking about new sounds and different sounds. As a young kid, you’re consuming so much through the internet, and the exposure to so much different stuff really makes you believe that you can do that because so many other people are doing it.

Banter: How have you come to conceptualize your primary artistic identity ie. as a Quebecois man, as a Canadian, as a francophone, or otherwise...

J.A.M.: Definitely. Well, first of all, you have to deal with the fact that we’re from a place that’s half English and half French. So as an artist, you have to figure out whether you’re going to be creating in French or in English. I did school in French, most of my friends and I would speak in French, so that just seemed like it might be more authentic for me.

But there’s also the fact that while I was born here and grew up here, my parents are Lebanese, so I’m also Lebanese.

Banter: Right. So that probably adds another layer to how you think about identity.

J.A.M.: Definitely. A lot of the identity of rap and hip-hop in Quebec, which is totally normal, is that it’s about the people from here.

J.A.M.: Exactly. Rap-québ is really about people who grew up here and really have that culture in their blood. I experienced that a little bit because of my friends, but then when I would go back home, it’s Lebanese culture.

Growing up, I feel like I saw a lot of people having this cultural clash, I guess you could say, where their parents came from somewhere else, but they themselves grew up here so they speak and act more like the people from here. But maybe somewhere in their thinking, they might notice minor differences between themselves and their best friend whose family is originally from here.

In hip-hop, which is the biggest genre right now, I think we need to emphasize that diversity: how people’s various identities, as immigrants or second generation Canadians, influence their art. I think I show that in my own music, and I’m proud of it.

Banter: Wicked. Okay, so obviously Montreal is seen as a cultural capital of Canada, and even the world more broadly. What do you think is the biggest advantage enjoyed by musicians based out of this city?

J.A.M.: It goes back to the previous question. I think it’s all about the merging of so many different cultures and genres. During the summer, especially: you’ve got Jazz Festival, FrancoFolies, Nuits D’Afrique, you know, whatever it is. In one place, everyone is welcome, and everything is present. You can stand out in your own style, but every style is welcomed here. That’s what I think is so great about this place.

Also, you can go out to any bar or restaurant, and there’ll probably be somebody playing jazz or doing slam poetry, or a super raw, underground hip-hop show, or whatever. There’s so much art and diversity, and there’s no limit.

And everything is accessible. We are at a good place in Montreal where there are efforts made to support local, independent artists. Making music isn’t free, and having resources in place to support people coming up is really important.

Banter: And the biggest challenge?

J.A.M.: Ummm... Maybe a language barrier? I don’t know though. Like, to some, it may be a challenge, but it’s possibly more of an identity barrier. No matter how many international acts or festivals we host here, it’s still a Francophone place.

Maybe that could be a challenge. But again, is it really? Perhaps it’s limiting at a certain point, but there’s still such a massive reach you can have as a Francophone artist. Quebecois and French artists are constantly pushing the limits in this day and age; you’re seeing people reach levels of success that are really incredible.

Banter: The potential market...Is that something that you think about when you’re writing lyrics?

J.A.M.: Maybe there is the potential for a wider reach as an English-speaking artist, buy you also have to consider how much bigger the pool of talent is. You’re always going to have way more people trying to make it in English, and if there are limited spots, your chances might not be as good.

For me though, man, it really is just an artistic choice. Trust in yourself. Whenever you’re writing a song, it has to be real; it has to be what you want to say. Artists should say whatever they want to say. They’ve got people whose job it is to sell and promote the music, but their job as an artist should just be to say what they honestly feel with the music, and they should do that in whatever language they want to do it in, with whatever accent they want to have or whatever.

As long as it feels true to you, as an artist, there’s no limit. It’s all about the feeling; there are certain things that you can communicate better in different languages. If I do write an English album some day, it won’t be because I’m trying to get more English-speaking fans; it will be because English words came out when I picked up the pen that day.

Some days, it’s just about a word—a single word. I’ll wake up some days with a melody in my head and one single word, and I’ll just start writing. Making music in that way is intuitive. You can’t start going crazy about who’s going to listen or enjoy it. You have to just trust your intuition.

J.A.M.: I love kebab, obviously, so there’s this place on St. Laurent, Centrale Bergham. After you’ve gone out for the night, and then you go there at like 2AM, it’s honestly the best food you could have.

Banter: Putting you on the spot, my man.

Banter: I’m here for it.

J.A.M.: Definitely here for it.

J.A.M.: I’m not only trying to make music. I’m trying to do a lot of things in 2020. I love fashion, and I also have a fashion collective, Nakama, where we merge the music and fashion and art. My best friend is really into film, for example, so he does the production for my music videos and that side of the collective.

We’re working on the next drop for the collective as a whole, but that will also include new music from me. I can’t really say what that will look like or how many songs there will be at this point, not because it’s a secret, but because I’m actually still working that out.

Banter: You’ve got a lively sense of style, and as you say, you’ve even formed your own collective that dabbles in clothing design. What’s one fashion trend you’d like to see return this year?

J.A.M.: It’s already sort of coming back, but I want to see more men rocking overalls. That’s the freshest look, man. And it’s super comfortable, so if you can pull it off, that’s the look.

Also colours. It’s rare that I ever have on just black or white. I guess I’m a colourful person.