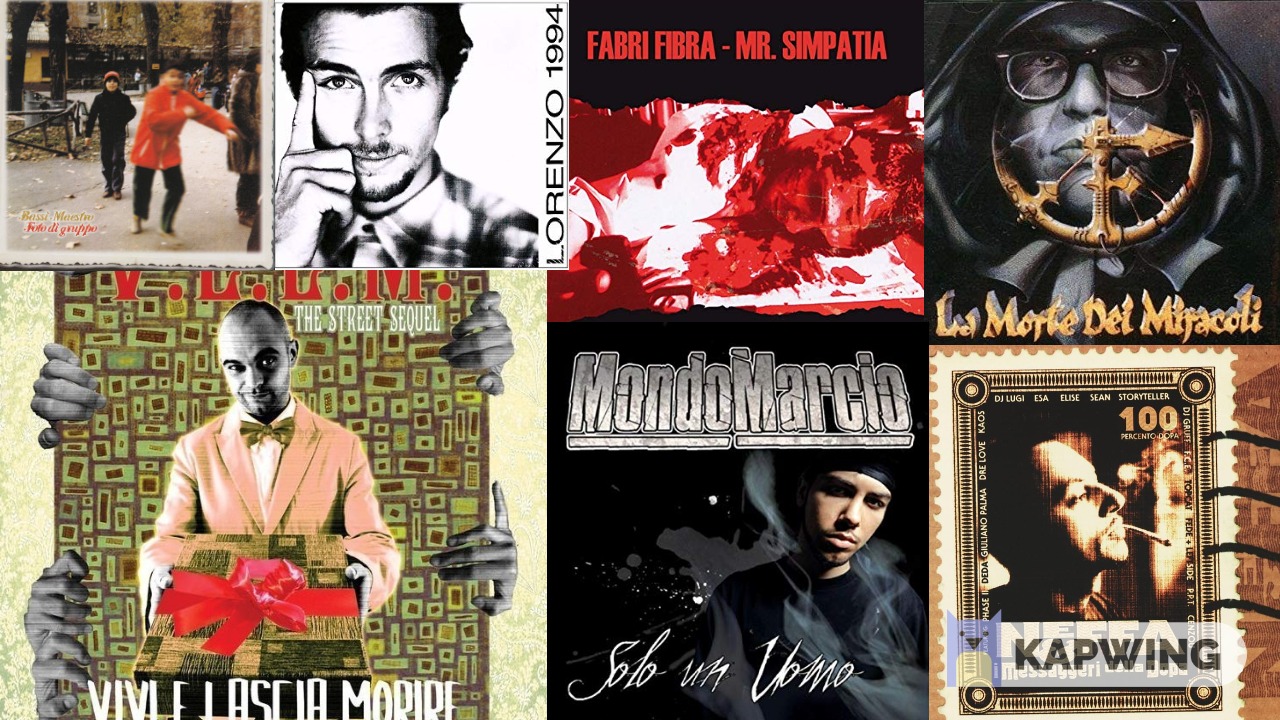 Deep down, hip hop is almost always seen as an American phenomenon, but the roots of the Italian scene are themselves incredibly profound. Classics made in the U.S. style, modern trap, and everything in between; Italian rhymers have been doing it big in the Mediterranean for a long time. Here, we’ve compiled the best of the best, so that any new acolytes might find their way in the dark. These songs represent an august hagiography of artists and tracks—the premier distillation of Italian rap.

The indisputable pioneer of Italian hip hop, Bassi Maestro, produced this melancholic beat to recall some of the memories of his past life. From the album of the same name, in its essence, the song is just an old group photo with his friends, a collage, the result of which is an insatiable will "to write about the motives that unite the subjects within a picture frame."

Neffa and his group Neffa & i Messageri della Dopa going freestyle, on a classic hip hop track delivering Italian rhymes and the perfect 1996 mood. It’s easy to imagine him delivering this flow from a cramped housing block in Campania more than twenty years ago.

From his first album Mr. Simpatia, released in 2004, Fabri is the one who shed light on the underground Italian hip hop scene and brought it to the masses. Consequently, his style became more and more mainstream but never banal. On this, his debut record, he raged against a suffocating work-life balance and figuratively injected "rap into his veins" to deal with the frustration.

From the likewise-titled album, this cut from Mistaman had Italy on its knees. 2005 was a year to remember in terms of Italian hip hop. Check out this translated verse:

There are moments when you don't have them anymore, and look for the right ones to cheer yourself up / When two are few, three are too many / learn the keys ones to open / your doors / Sometimes, silence is priceless / And even gold is out of place / Then there are the unspoken ones / which you are always thinking about, man / But why on earth are you worried? / If you don't know how to say it say it / with the poor ones.

Allora, we’re taking it all the way back to 1994 for this one. “Serenata Rap” is basically an italian rapper writing a song for his lover, singing it in front of her house and waiting for her to lean out of the window, Romeo and Juliet style.

Get in your Fiat, grab your friends, and turn the keys in the ignition. Frankie Hi-Nrg-MC lays this one down with pure old-school style. A catchy hook and deep bass reverb solidified this track’s place on our list, not to mention it’s one of the most played Italian rap songs of all time.

A Rastafarian voice but with Milan origins, Babaman rapped his way to the top of the scene by featuring on this Bassi Maestro song. Many would classify this track as reggae, but the Italian lyrics are an absolute mindfuck—an anthem for multiculturalism if there ever was one.

Certified Italian platinum with more than 50,000 discs sold, Gemelli DiVersi murdered 1998. The group, literally "Different Twins" describe the difficulties of ending a love story when the only thing you want is just "one more minute, just one moment again"

For Gian Marco Marcelli (a.k.a Mondo Marcio), rap became a vehicle with which to escape reality. He started writing rhymes at the age of 17, and quickly became a spokesman for those who suffered the curse of family problems and loneliness. Knowing they weren’t the only ones dealing with these social afflictions, his fans propelled his rise until a little aforementioned producer named Bassi Maestro took notice.