It Don't Hinder Her: Angelica Garcia 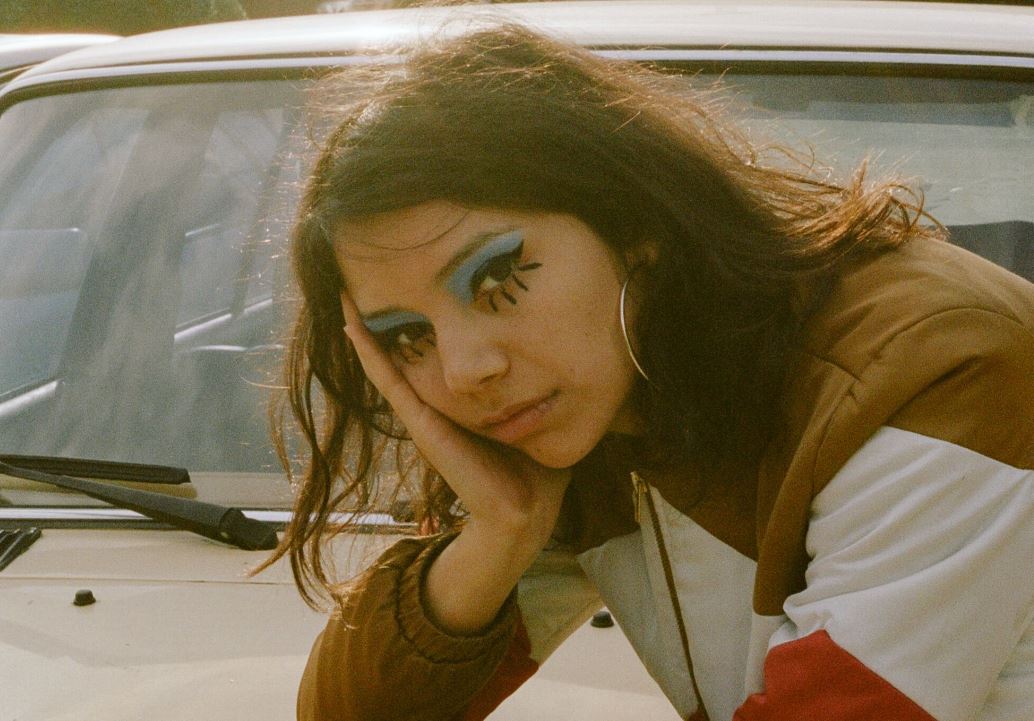 Angelica Garcia is an American singer-songwriter living on the East Coast with West Coast roots. Asking her which side of the country she prefers is liable to trigger an intense reaction given the bonds she’s formed with communities on both seaboards. Currently signed to Spacebomb Records, Garcia has released three commanding singles: “It Don’t Hinder Me,” “Karma The Knife,” and “Jícama." Her latest single version is “Jícama Con Sal Version.” We’re expecting an album soon, but in the meantime we caught up with Garcia to talk food, sounds, and sacred spaces.

Banter: You moved from the Los Angeles area to Richmond, Virginia a few years back, what's the one thing you truly miss about LA?

Garcia: I really miss the cultural diversity. I miss the connection to my culture, Mexican-Salvadoran-American. But, also I was definitely privileged to have grown up in a space where so many different countries existed in their own American way and in this big mega city. Another thing that’s awesome about LA; yes, it’s its own city but it’s also a mega city made up of a bunch of smaller cities. Being able to go to a different city for Korean food or mariachi music, those things are pretty specific to LA.

Banter: Do you think creating an artistic personality that leans on a racial identity—in this case, Latinidad—is a viable way to find an audience?

Garcia: I mean, that’s just who I am. I don’t really know what you mean by, “is it viable?”

Banter: Take AC/DC for example: they don’t really talk about being Australian, there are no Australian themes in their music, it’s a non-factor. For you, I would say being Mexican-American or Salvadoran-American is a huge part of the artistic personality you’ve created.

Garcia: Yeah, well I think representation in media is really important. I wish I saw more artists with backgrounds like me being represented, and so I will talk about it because I want it to be talked about. This record in particular was made because I miss home, and I was really trying to reconnect with my home and with my roots.

So, that’s where this album came from. As far as viable, I think it’s a special and sacred thing to bond with the community that raised you. That’s my goal: for other kids who grew up in similar communities to hear my music and relate to it in a way that they don’t get to relate to other things because they don’t talk about it.

Banter: “It Don’t Hinder Me” has a very obvious storytelling quality—what story are you trying to tell on that track?

Garcia: I was really just trying to paint a picture of the home that I grew up in and the neighbourhood that it fits in. Because, even though I’m at a distance from that place physically, it’s something that stays with me when I’m dreaming or closing my eyes and trying to create, I connect back and paint the picture of that sacred space.

Banter: What was it like touring with Violent Femmes?

Garcia: It was awesome, that was one of my very first tours, so I was a baby at the time. It was great to be on the road with such an awesome classic band. And, the experience of traveling for the first time too, it was crazy. I feel like I learned a lot doing that tour.

Banter: The latest song you’ve sent out into the world is called “Jícama.” What’s your favourite way to eat yam bean? As fries? In a salad?

Garcia: The best way to eat jícama is to just cut it up, peel it, add lime, salt, and chili.

Banter: Anything you can tell us about the upcoming album?

Garcia: Every song is definitely its own little universe, and I tried to connect them as much as I could. I think a lot of it is a collage, because of the nature of how everything was recorded and written--there was a lot of doing things in different studios and even different places. So when you listen to everything together you’re going to get a sense of all the different textures and spaces depending on where things were recorded.