In Conversation: Mike Clay of Clay and Friends 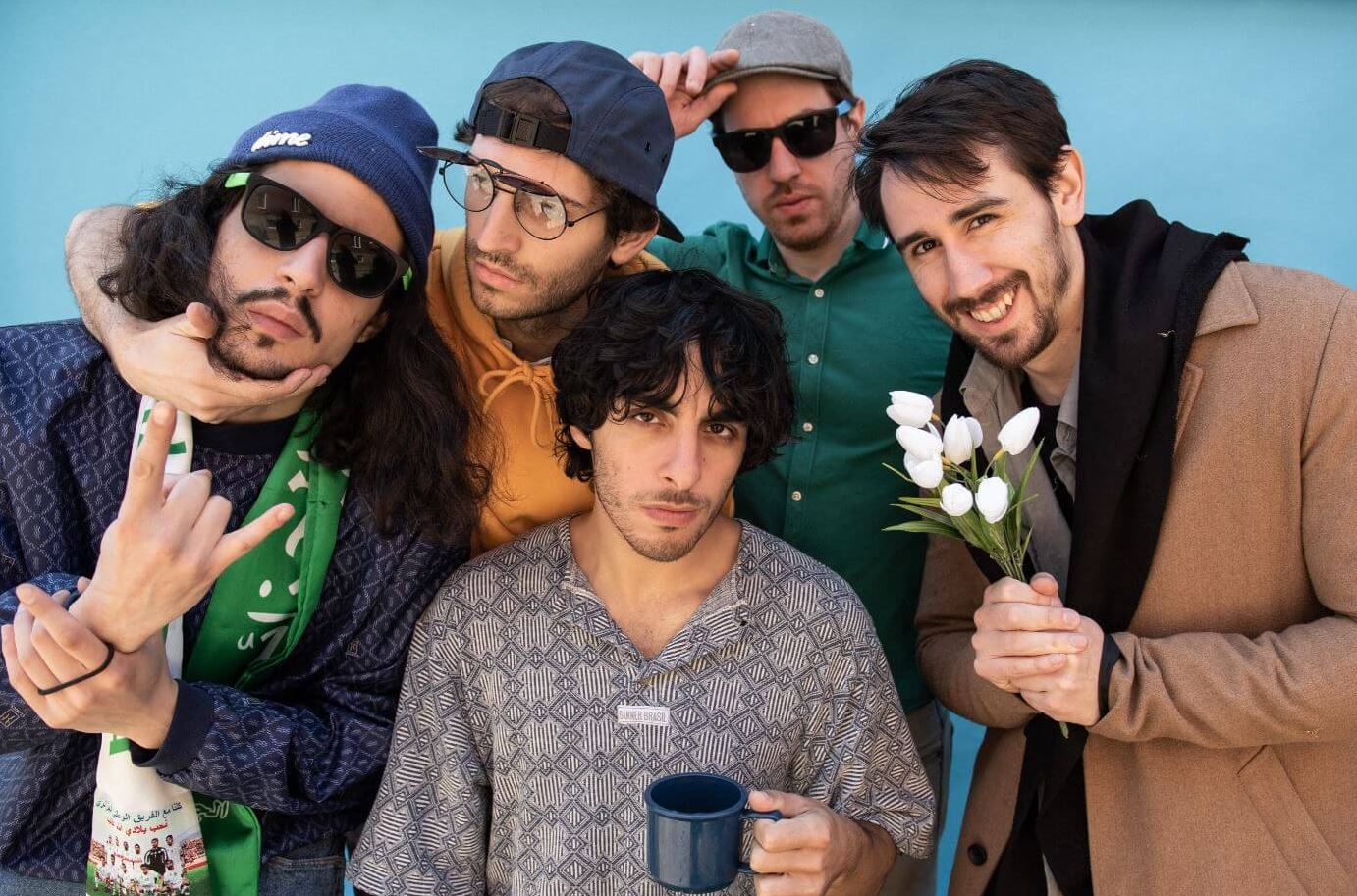 Clay and Friends is Mike Clay and his friends: Clément Langlois-Légaré, Pascal Boisseau, Émile Désilets, and Adel Kazi. The band has answered the call of a few genres, but I’d say reggae-pop-funk if I had to nail a triad down. While still relatively fresh off their EP La Musica Popular de Verdun, they accepted an invitation to play M for Montreal at L’Escogriffe. We tracked down Mike Clay at his house in Côte-des-Neiges to ask about the bands new single ‘Gainsbourg,’ their forthcoming EP Grouillades, and a bunch of other shit.

Banter: When did you first realize that you had potential as a musician?

Clay: When I was living in Australia. I was picking fruit, and I was terrible at it. It was extremely hard, waking up so early—it’s really physical work, and I wasn’t cut out for it. I ended up bumming around, hitchhiking and whatnot, then hanging out with these people that played music in the street. I just joined their squad, and I didn’t really have any musical ability, but started freestyling with them just in the street talking about the people walking by at first as a joke.

Then, kind of like anything you spend six hours a day doing, you start making a little bit of money doing it, eventually you get decent at it and a bucket of coins doesn’t really lie. When you can start paying rent with something as raw as your voice in the street it kinda says something.

And then, the summer I got back I went to Brooklyn with Adel [Adel Kazi] who beatboxes in Clay and Friends. We built this soundsystem—which is somewhere in this house—out of like a boat battery and a mixer from a car. It looked like a bomb, that’s what it looked like. But, we made it across the border, rented a place in Bushwick up front, paid the rent, and we told ourselves, “we’ll make the money back busking.”

There’s this thing about New York where if you’re not actually good at busking people will not give you money. There’s a very high standard of musicianship, and we managed to pay the rent. So there’s this awesome picture of $1,612 in $1 bills, and that was the rent, we made it in less than a month.

Since I was 18 or 19 I’ve been freestyling at parties for the hell of it, but when you realize you can something out of it more than just entertaining half-drunk people at a function.

Banter: The group recently dropped the single ‘Gainsbourg.’ The reference, what does that mean for you guys? Why is Gainsbourg important?

Clay: Growing up I didn’t really listen to that much French music, especially music from Quebec, almost none to be honest. Neither of my parents listened to any music in French. So Gainsbourg was one of the few bigger than life figures who made French music seep through for me. He appeared at random points in my life. They made a movie about him, then there was a graphic novel as well. I sort of read about him, and I’m a ghostwriter as well, I write for a lot of people across different genres, and that’s how he got his big break.

I’m attracted to the multidisciplinary trait too; he was a poet, a painter, and just constantly reinventing himself. I like pushing the boundaries of art, and avoiding the trap of “okay, pop music works for me so I’m just gonna glide on that for 15 years.”

Within the context of the song: I always saw Gainsbourg from the outside as a womanizer. He wasn’t particularly good-looking.

Banter: Yeah, he was a weird-looking guy.

Clay: He was definitely a weird-looking guy. But, he has his obvious charm and he’s always surrounded by very beautiful and well-known women. And, in this Gainsbourg song the rules are switched up, so I’m the one getting sucked into somebody else and as soon as they have me in the palm of their hand they get rid of me. That’s the feeling I’m trying to get at.

Banter: Who are some other French artists you listen to?

Clay: I’ve been listening to Les Louanges quite a bit. I really really enjoyed his record. I’ve seen him live a bunch of times here and in Europe. I love how he integrates elements of hip hop and jazz into his popular reinterpretation of soul. I just feel like it’s very genuine. He keeps his slang, his accent, his demeanour. And, I’ve seen him in plenty of different settings: professional showcases, shows in front of his fans.

Clay: He’s himself. That’s something I respect a lot. He’s playing the game and not getting played while doing it. Definitely been bumping him a lot.

I listen to quite a bit of hip hop/rap from France and Belgium, not so much here in Quebec, but I feel like there’s some really strong lyricism. I find it really interesting when French rappers don’t bite on what American rappers are doing and exploit the pockets of the French language which is something that people who rap in English can’t do.

Banter: If you had to throw a name out there?

Clay: Well, I’ve been listening to this guy called Swing a lot. He’s in this group called L’hors du commun from Belgium, and they’ve done quite well—they’re associated with Romeo Elvis and Caballero so they’re up there. But he’s done his own thing on the side, and it’s got this jazzy, really melodic tip. His writing is really cool, I related to it a bunch.

Banter: What decade made the best music?

Banter: Have you ever gotten into a fistfight?

Clay: Not so well. I’ve been in two fist fights and I’m not a fighter man, not a physical fighter anyway. I’ve almost been in a few fights with Adel from Clay and Friends. He’s probably one of the people I’m closest to on this earth, it’s like brotherly love. He tells me things that other people can’t and vice versa. And, in the past those things have gotten out of hand, but we’ve both made each other grow in that way.

Earlier you asked me about when I realized I could maybe do something with music. So, this one time when we were in New York… The sound system we built was really heavy, it was clumsy, about a hundred pounds and because it was a wooden box there was no correct way to hold it. And, we had gotten busted by the police earlier that day in the subway for busking because it was just way too loud. Adel was beatboxing, I was rapping, they made us pack up and leave. It was a terrible day, we hadn’t slept much, and it was the summer with that Brooklyn heat, everything was sticky. And, on the way back I made some comment, some off-beat comment and we almost went at it in the subway. It was just one of those moments where we woke up the next day and said, “hey let’s go make some music.”

Banter: How certain are you that you aren’t adopted?

Banter: How early in the day is too early to start drinking alcohol?

Clay: Void. There is no such thing as too early. I’m not a big drinker or a big smoker but I have drank whenever I felt like it.

Banter: When do we get more Clay and Friends?

Clay: There is a full EP [Grouillades] dropping on January 31st, right before the show at Club Soda on February 6th.