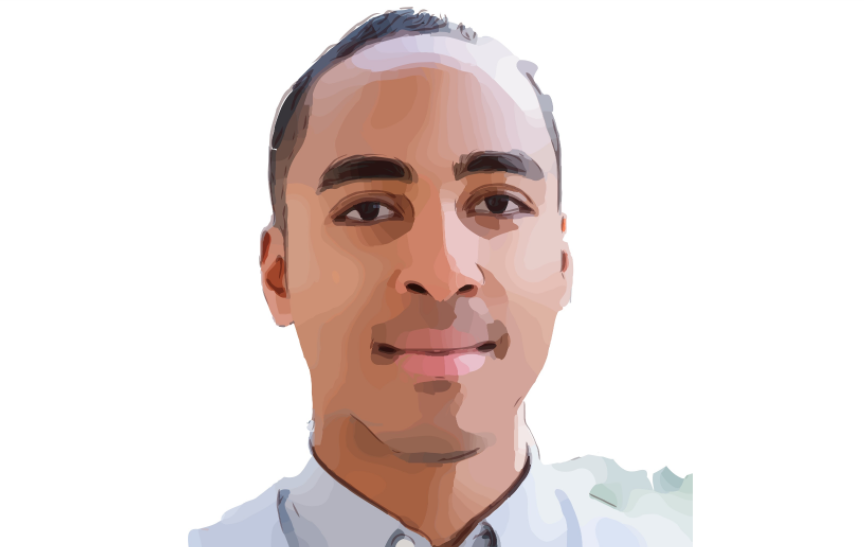 Coleman Hughes is an American writer, musician, and public intellectual whose work has appeared in The New York Times, The Spectator, frequently in Quillette, and on SoundCloud. Celebrated and/or despised for his shibboleth-withering views on race relations, free will, and political correctness, he was invited to testify at a meeting of the House Judiciary Committee on reparations for slavery this past summer. Our editor, Cole Henry Forster, stole a bit of Mr. Hughes’ time in digital space to talk America, music, and future projects.

Forster: In June you testified, taking the opposite position from Ta-Nehisi Coates, that reparations for slavery would be a mistake. You called to attention the forced victimhood such a policy would thrust on blacks who don’t see themselves as victims in 2019 per se, and you noted that reparations would likely deepen the racial divide, in a country where those particular wounds are always open. Why do you think financial restitution is so seductive a goal for some people?

Hughes: That’s a good question. I don’t think it’s the financial aspect that makes it so seductive, I think it’s a phenomenon that you don’t just see in America, you see around the world. For instance, most Koreans, when polled, still feel like Japan should apologize for Japanese war crimes during World War II. At this point, obviously, most Koreans don’t remember that, and weren’t there. Japanese prime ministers have apologized for it dozens of times, but there’s still this sense of a grievous injury and a wound that hasn’t healed.

So, there’s some kind of perverse human psychology that can operate on the personal or the group level—I’m sure you can think of people in your life who demanded apologies but weren’t satisfied when they got one. It’s possible to want something like an apology or a formal recognition of wrongdoing and think that when you get that recognition you’re going to feel whole, but then discover once you get it that you feel the same as you did before. Or, if anything it just made you more upset. I don’t know what to call that element of human psychology, but that’s a real phenomenon.

Hughes: Well, yeah, plenty of things, but only things that are going on now. It’s tough for me to get extremely angry about something that happened 50 or 200 years ago. There are definitely elements of American society that are really frustrating, really broken: the healthcare system would be one. I’ve spent some time in hospitals in the past few months and just reading stories of what they’re like in Europe can definitely make my blood boil. The housing market in America, I think is very broken.

And then, there are just stories that can make my blood boil. But in general, I don’t know if anger is the best emotion to be obeying, especially if you’re a writer trying to make sense to people who don’t share all of your emotional biases and your personal history. If you’re trying to persuade people that don’t get pissed off in precisely the ways that you do, because they have a different life story and different emotional trigger points, it’s best to sort of feel your anger but then let it subdue and try to make a case as calmly as you can.

Forster: Have you ever felt any of the Hitchens-esque, clarifying aspects of anger?

Hughes: Yeah, definitely. It can help you care less about stupid criticisms that would otherwise deter you from making the case that you’re making.

Forster: You’ve spilled some ink rehabilitating, or rather, foregrounding the character of Bayard Rustin—A. Philip Randolph also comes to mind—vis-à-vis the civil rights movement and secularists. Do you think there has to be a reckoning with the black church (and I mean that in the global sense of the term). Who will stand up to Kanye?

Hughes: What do you mean by who is going to stand up to Kanye?

Forster: I mean, do you think there needs to be a cultural reckoning within the black community about the black church as a force for social good?

Hughes: That’s a good question. I don’t think I have the answer. One way in would be to predict that as black incomes keep rising, what will happen to black people is what happens to every group except the most hardcore religious, insular minorities, which is to say that they become more secular. It’s hard to predict, but that would be my baseline given what tends to happen—as people become more affluent they tend to lose religion.

Forster: Those are my instincts too.

Hughes: I doubt there’s ever going to be a moment where black people en masse really reconcile with the fact that Christianity was given to them by slave masters, and become so uncomfortable with that fact that they choose to leave Christianity. This is always something that’s slightly baffled me given how much anger there still is over the issue of slavery, that many people haven’t made the next jump to disassociate from Christianity on that basis.

Forster: The case is interesting as well, to see people, who instead of jumping the religious ship entirely, flirted with traditional African religion.

Hughes: Or Islam. I think the Nation of Islam folks had it half right when they left Christianity partly on the basis of the link betweeen Christianity and slavery and then went to Islam. Then again, if you’ve never read up on the history of the African slave trade by Arabs; it started long before the European slave trade, ended after, and ultimately involved more ‘African bodies,’ to use a phrase that’s in vogue now. Ultimately, whether religion is good or not shouldn’t be tied to which groups of religious people enslaved black people or not, but usually when something is associated with slavery it becomes untouchable within black culture, and that hasn’t happened with Christianity, and that’s always been surprising to me.

Forster: Have you ever read Nicholas Payton’s article entitled, “On Why Jazz Isn’t Cool Anymore…”? In it he describes the death of jazz in 1959 and erases jazz as a genre of music. He has been quoted thereafter as saying “Jazz doesn’t exist.” Basically, he’s a well-known New Orleans trumpeter who considers jazz to be just another word for Black American Music. Did white recording industry professionals come up with the word jazz to constrain black musicians to one well-defined box?

Hughes: You know, I don’t know the history well enough to say that. I’ve heard other people like Gary Bartz make the same point. I’ve also heard that jazz was sort of Chicago slang, a reference to sex or something.

Forster: I think I’ve heard that too.

Hughes: I could be wrong though. I’ve never loved the word jazz, I definitely share that with Nicholas Payton. I think on its own it sounds silly, but I suppose that probably has less to do with the sound of the word and more to do with the associations I made with the word through pop culture.

Hughes: Yeah jazzy, it’s kind of like silly or dumb, or trivial. The fact that I love jazz, on the other hand, sort of as a result makes me cringe, which I think is what Gary Bartz was getting at. He said something like, “you would never call classical music, clazz,” which I thought was funny. If I knew more about the origin of the terms rock & roll or reggae, you might find that every genre had its businessmen who had, to varying extents, exploitative relationships with musicians. There are musicians and then there are marketers and they’re often not the same people. Hip hop as well, I don’t know.

Forster: Are we ever getting new Coldman?

Forster: Do you think Twitter has elevated or degraded the public discourse? If you could change it in some way, would you?

Hughes: There’s this interesting idea to get rid of the likes. I wonder how that would change it if at all. The problem is that I’m not old enough to remember a time before Twitter. So, all I can go off is the people have been here before Twitter and been here after. It’s tough for me to make a call. Obviously, it makes you fit your thoughts into a very short word count, but you're also able to write threads.

In general, I think the less time you have to speak, the lower quality your speech is. That’s obvious from watching cable news. Watch 5 minutes of cable news and then listen to a long-form podcast for 5 minutes. It’s not even that you’ll get more content in a podcast, it’s the fact that the podcasters had one or two hours to speak actually made them speak differently even if you just excerpt five minutes. There’s something like that one Twitter too. It’s a lot of people emotionally appealing to their political tribe and I definitely get more and more bored with that with each passing day.

Forster: Is there an issue, or a topic where you consider yourself just totally uninformed, but where you would love to do research and go down the rabbit hole in a book-length way?

Hughes: Oh, so many. So many, a lot of subtopics in economics. I watched The Big Short for the third time the other day—I think the financial crisis was fascinating. In general, there are a lot of econ blogs that I follow, where I would love to know enough to write a book in those areas, but we’ll see.

Forster: Who’s one figure whose work has profoundly shaped your worldview? (This could be anyone… an intellectual, a musician, a politician, etc.)

Forster: I’m very wary of having heroes in the intellectual space anyway, but I’m going to make you answer the question.

Hughes: Yeah, it can definitely be dangerous. I guess I’ll have a hero with the caveat that I can’t think of anyone who I don’t disagree with about something.

I think Thomas Sowell has done a lot to shape my background assumptions that lead me to disagree with the things that are said in the space of race, as well as economics—unsettling the assumption that there’s something normal about equal statistical outcomes with reams of worldwide research was a really useful thing for me and I think should be far more widely known.

Forster: What are you doing once you graduate?

Hughes: I guess you’ll see. Follow me in six months when I graduate.