Fire in the Igloo with Charlie Shulz 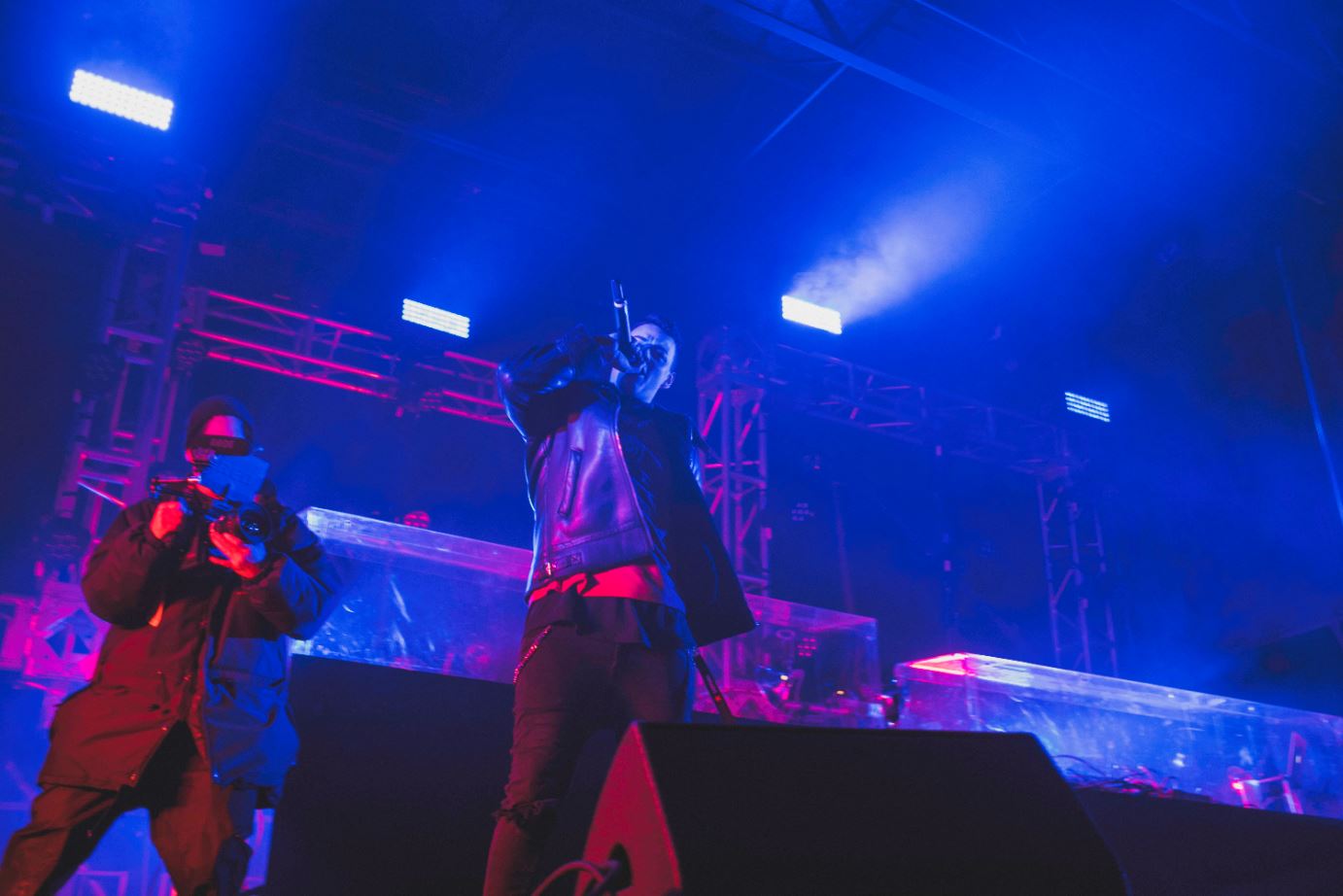 It’s tough to find a single album that better exemplifies Montreal’s burgeoning rap scene than Charlie Shulz’s SVP. With features from established veterans like Imposs and Maybe Watson, as well as rising stars like FouKi, Mike Shabb, and Kevin Na$h, the ten-track project is a forceful testament to the lyricism and sonic prowess of the Quebecois.

And while some artists would be content to spend the months after such an impactful release resting on their laurels, Shulz is doing just the opposite.

Fresh off a hot stage on a frosty night at Igloofest, Banter caught up with Shulz to talk about what’s coming out of the speakers.

Banter: So, I guess the first question is what you’re drinking on a night that’s this cold.

Shulz: Actually, it was quite hot on stage because they have a whole bunch of heat lamps, like the ones they use for snakes.

Banter: Yeah, it almost looked like a big toaster oven up there. Or maybe more of a rotisserie situation.

Shulz: Like what they use for pieces of chicken… So I was pretty warm; I could drink whatever I wanted. If it was colder, maybe I would have had hot wine. I don’t know if that’s a recipe in English, but it is in French: hot wine, cinnamon, and spices. I actually think they serve it here. That’s a really nice drink.

But I’ve been drinking gin tonight.

Banter: That definitely starts a fire inside ya’.

Shulz: Yeah, haha, pretty much all alcohol helps with the cold.

Okay, so, in terms of your musical influences, you’ve been doing music and emerging in Montreal’s scene for nearly half a decade. Who were some of the people you looked to for inspiration in your earlier days of making music, Quebecois artists or otherwise?

Shulz: Well if we’re speaking about people from Montreal, artists like Dead Obies, Alaclair Ensemble, and K6A. I went to a lot of their shows when I was in high school, so to have some of them on my album now is something I’m quite proud of. It’s something I still think about: I was going to see all of them perform as a fan when I was 14 years old, and now they’re on my album, and a lot of them are even close friends.

It’s something that’s overwhelming and that makes me very flattered.

Banter: Over the past few years, Quebec’s rap scene has exploded into something that’s been very successful, not just within the province, but also nationally and abroad. Do you think that success has primarily come from the growth of local festivals, or more from the growing international significance of social media and streaming services?

Shulz: Well I think that the streaming services and social media, and even mainstream media outlets, they don’t have the choice of noticing rap. You know, for a festival like Igloofest to have an Off-Igloo night featuring an all-rapper lineup — it means a lot. It means that people are acknowledging rap as a big part of the cultural scene of Montreal and of Quebec. It means that people are finally making room for rap artists and producers.

Banter: Yeah, it’s cool. It is exciting to see festivals that are committed to featuring local artists. Sometimes it seems like bigger festivals overlook their own people by only bringing in high-profile foreign acts.

Shulz: Yeah, and you know, rap and hip-hop, if you’re looking at the streaming counts in Canada or the US, or pretty much anywhere, rap is the top genre. And it’s mostly young people that are listening.

Banter: When you start producing a song, do you normally have a rapper or lyricist in mind — someone who you think would work well for that track — or does the process of collaboration start once you’ve already finished on your end?

Shulz: It really depends. If I’m linking up with someone, and we’re saying, “Yeah, let’s make some music,” I’ll have that artist in mind for the next 5 or 10 beats, thinking about whether they would be good for it. Or maybe some days, I’ll just spend the entire day making beats, and once I have a good pack of beats, I’ll think, “Oh, this would sound really good for Maybe or Fouki or Obia la Chef, for example.

Banter: Wicked. Okay, so you’re somebody who has a very vibrant, colourful sense of style. What’s a trend that you’d like to see come back in the new decade?

Shulz: Thank you. Well, I think that every style, whether it’s in music or fashion, seems like it’s a loop. It will always go back to its roots. If you’re looking at West Coast type beats, or Missy Elliot type beats, you could listen to that and think that it came out in the past month.

Something that I’d like to see come back… Hmm…

Well, FUBU and Eckō have already started to make a big comeback. But, yeah, like, this rap style, baggy jeans, with FUBU and Eckō is really cool, I think. I also really like punk, so maybe that would be cool to see comeback.

I do think that we’ll get to see a lot of styles come back because fashion is so cyclical.

I’m not anticipating anything in particular, but I definitely welcome anything.

Banter: Is there an artist or genre that people would be surprised to find out you listen to? Maybe something softer?

Banter: You know, because your music is mostly club bangers, sooo…

Shulz: Yeah, there’s Richard Desjardins, who I’ve listened to for a very long time with my family. And there’s Jean Leloup, also.

For a few years actually, the only music I was listening to was black metal and death metal. So, you know, there are a lot of genres that I’ve been through.

Right now, I’m listening to a lot of Daniel Belanger, who’s a huge artist in Quebec.

What’s in store for 2020, in terms of putting any new stuff out, festival season coming up, etc. Any spoilers for the fans?

Shulz: This is my first year, not having media attention, but having a bunch of media attention at the same time. So that part is kind of intense. Maybe that will mean that I do more festivals or things like that.

I want to continue to explore SVP, the universe of that album with a pink aesthetic. The idea was to invite a lot of rappers from Montreal — from all over Quebec, but from my hometown specifically.

I’d like to continue to do that, but I’d also like to produce for artists on their own albums.

I'm currently working on something, but I can't really talk about it right now... What I can say is that I do want to continue exploring SVP, so maybe people can expect more tracks like that.

Banter: Awesome to hear. It was a powerful album. For you to be putting that project together as a Montrealer with all of those artists who you looked up to is really cool.

Shulz: Thanks, I’m flattered by that. I still can’t realize it. To have somebody like Imposs from Muzion, a pioneer of the rap genre here, be on my album is very humbling and flattering; it’s something I really care about.

We’re such a culture of style and image, one that’s so superficial, so to know that there is someone who has been a pioneer in the genre who actually thinks my music is great, it’s special to me. He’s not hopping on a bandwagon because I have some clout at the moment or whatever. He thought my music was nice, so he decided to hop on the beat: that really meant a lot.

Since then, he’s been like a big brother to me. He’s someone who just has so much knowledge and wisdom about the genre.