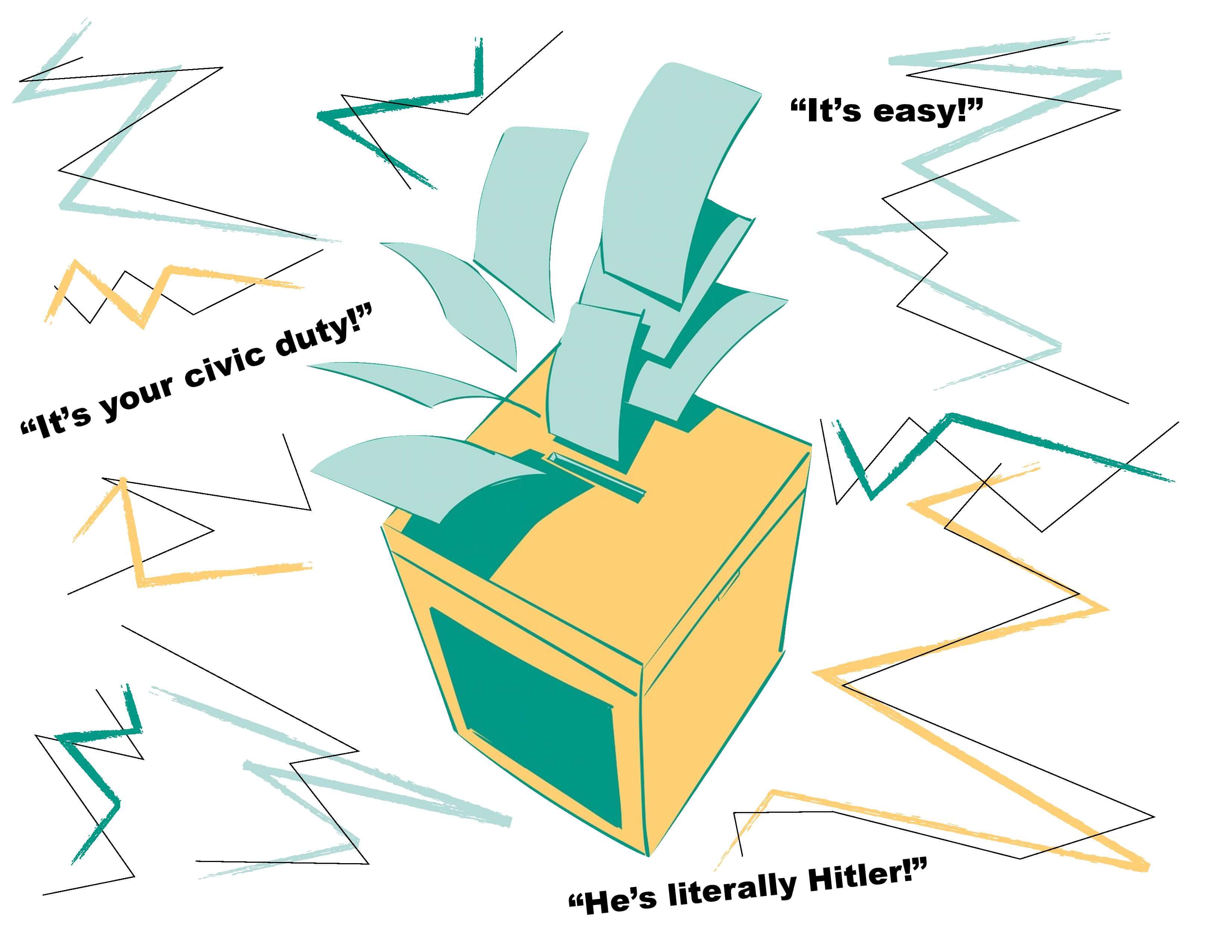 Voter turnout has steadily declined since the mid-twentieth century, and it’s now the norm for a third of eligible Canadians to abstain from casting a ballot in federal elections. Perhaps “abstain” isn’t the right word to use here. Abstinence implies restraint—it implies a deliberate, principled opposition to hitting the polls. In reality, this disengaged segment of the population is merely apathetic. Simply put, most people don’t follow politics all that closely, and many aren’t willing to trade an hour of their day for a 0.001% say in who takes their riding’s grievances to Ottawa. To the urbane, Maclean’s-reading Canadian, I know it’s hard to believe that such people exist.

Many view this decline in civic engagement as an unfortunate trend. “You have to vote,” they will boldly declare, “it’s the most important election of our lifetime!” Indeed, it’s seen as axiomatic, among respectable people, that higher voter turnout somehow constitutes an inherent societal good. There’s this pervasive attitude that voting, regardless of who is doing the voting or for whom the vote is in support, makes the world a better place. In this regard, people act like voting is tantamount to holding the door for strangers or giving compliments, wherein increases in the behaviour’s prevalence can do nothing but improve the human condition.

This is, quite clearly, nonsense, and you have to be pretty fucking stupid to believe it.

When people say, “go vote!” they’re telling you to go vote for the politician who seduced them. And if they thought that your vote would be made in opposition to theirs, they most certainly would not be offering the suggestion.

I am staunchly of the belief that fewer people should vote, and the fact that tens of millions of Canadians do get to decide who runs the country never fails to baffle me—not because I think there’s a better way to engineer a political system or balance power throughout society, but rather, because the layperson is just so profoundly ignorant on most issues of political import.

Think about this in your own life. Take a few moments to consider your friends and family. What does your mom know about the Trans-Pacific Partnership? She thinks all Asians are Chinese. How much does your younger brother know about the Canada Child Benefit? He’s the same guy who failed sex ed in high school. Could your best friend point to Syria on a map? I syriously doubt it. Unless you’re the mayor of Wonkville who only hangs out with other wonky wonks, nobody has any clue what the fuck they’re talking about.

At this point, you may wonder, “Should I be voting?”

There’s an easy way to tell.

CBC has an online “Vote Compass” meant to compare your personal politics with the political ideology of the federal parties. It’s kind of like BuzzFeed’s “Let's Find Out Which Girl From Colton's Season Of "The Bachelor" You're Most Like”.

If you have even the slightest urge to take this quiz, you should not be voting. You’re deciding the leader of a G7 nation, not which bimbo gets to slob Colton’s knob in some trashy Malibu villa. This is no occasion for quizlets.

Ironically, Elections Canada’s attempt to get more people out to vote serves as a wonderful litmus test that ought to disqualify otherwise eligible voters. If relying on this tool to cast your vote seems prudent, you’re the type of person who inspired this column’s title. Whipping out the vote compass is, I daresay, grounds for disenfranchisement.

I don’t want to sound like a prissy snob, but not everyone has to vote. And the stigma around not voting—to the extent that it exists—is much more a tactic of overbearing political missionaries than it is the consequence of some intrinsic civic failure. Politics isn’t for you? Sick. Don’t feign interest, and don’t worry about it. Spend that extra hour baking cookies or making fun of wonks on the internet. They’re too busy keeping the lights on to care.