Decade Ahead, Decade Behind: with Christian Sean 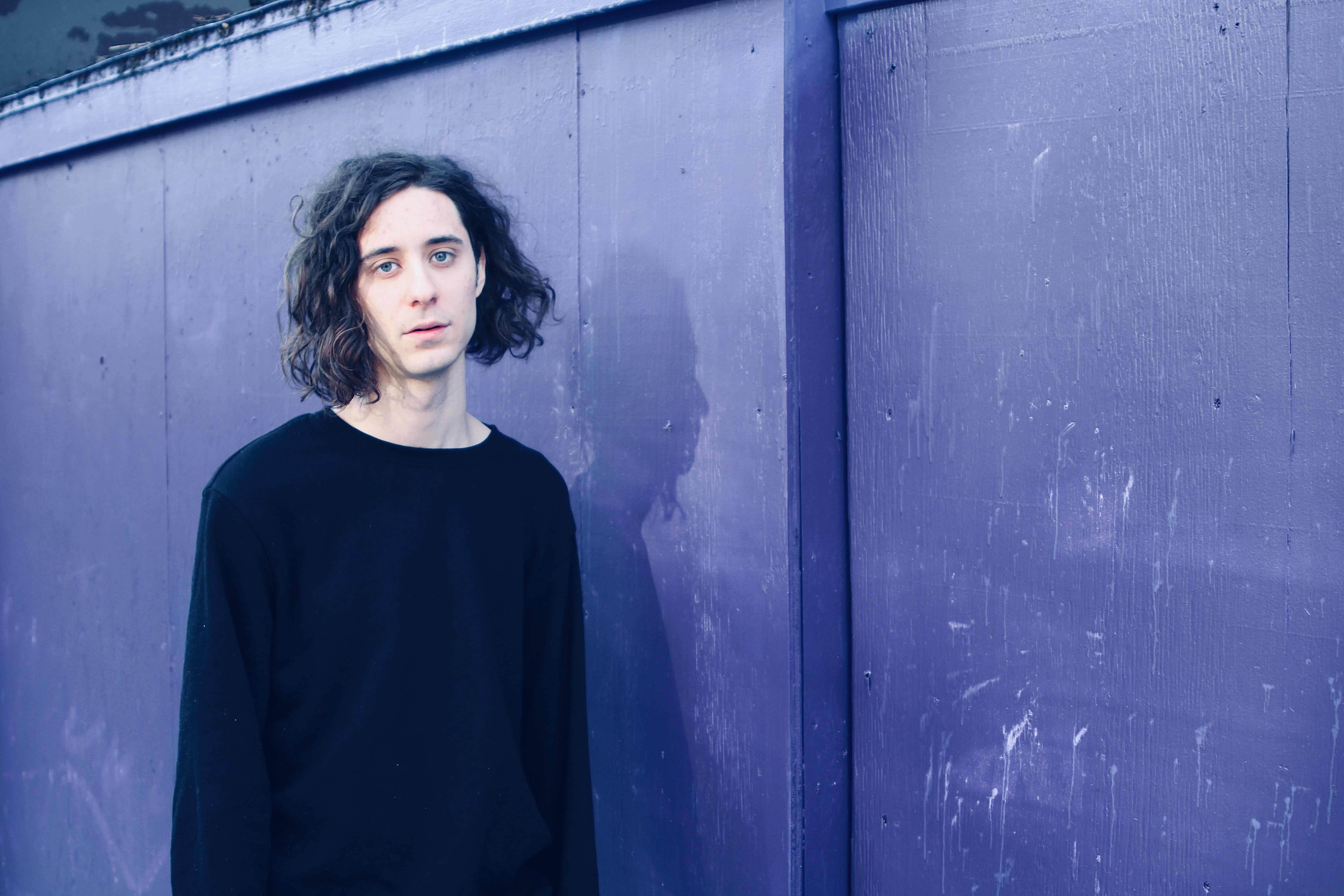 Montreal-based producer, songwriter, and multi-instrumentalist Christian Sean is something of a contradiction. While his artistic approach is patently idiosyncratic, his likeness fits unmistakably within the prototypical mould of chanteur du Plateau: bulky combat boots, floppy hair, and an intimate familiarity of the dives, theatres, and record stores that throng the main.

He blends into this town, but his music stands out.

Following the recent release of his sophomore mini EP, Art Therapy (2019), we sat down with Sean to look back on the decade, and to talk 2020.

Banter: I’m talking to you as an adult musician. Tell me about Christian Sean the child musician. A little bird told me that you had a fairly unique upbringing.

Sean: Yeah. My entire family was in a travelling Christian sect that had camps all around the world. As missionaries, they would travel all around the world, from Japan to Spain, to a number of other countries. One of the ways that they would make money to support themselves, other than receiving donations, was through music: busking, playing restaurants, and singing. So music has always been something that’s been deeply rooted in my family, even though it’s probably not something that they would refer to as art, or something that they would speak about with an artist’s mentality. It’s just an ability that’s there; everyone can sing; everyone can harmonize. It’s pretty crazy, but all of that stuff always just seemed like second nature.

So, I was born in that, in Switzerland, while my parents were travelling. But it was a pretty messed up… cult, so eventually my mom and I escaped, and we came here to Montreal because her dad lived here.

I got into music really early. She taught me the basic chords on the acoustic guitar, and then from there things just took off. I was obsessed. Before I got really into music, I didn’t know what it was like to have a passion. I tried skateboarding. I tried things that I just wasn’t into, but when I found music, that was it: 12 hours a day, no plan B, starting in my first bands when I was 13 or 14, being raised by a single mom as an only child where it was just me and the guitar a lot of the time.

It was a really musical upbringing.

Banter: That’s interesting. I don’t think I’ve ever really thought about that, but I’m guessing a lot of musicians probably grew up practicing an instrument, in part because they weren’t surrounded by siblings.

Sean: Yeah, it’s hard to say how much is nature and how much is nurture. Both sides of my family are incredibly musical, even if none of them, except one, are professional musicians. But yeah, I guess I was just the recipient of the genes, and I was alone all the time. My mom had to work two jobs as I was growing up. My room just became this space for creating music, and I didn’t really question it.

Banter: Is there one country that stands out, among those you travelled to in the early years, as having the most significant impact on your artistic approach?

Sean: Well, I was really young when we were travelling in the sect, so there are a lot of parts I don’t really remember. From my own travels though, Brazil was huge. Going there was really impactful for me at the time, and it’s a huge part of who I am today. I’ve had a lifelong obsession with Brazilian music—their traditional music, their popular music. The diversity and richness of that country is truly unlike anywhere else on the planet. It’s the size of a continent, and you have such a diverse range of people living there: people of Asian descent, European descent, African descent. But everyone is Brazilian, and nobody thinks twice about it. There’s such a fusion of cultural influence there, and it’s something I’ve always been obsessed with. Living there was huge, and it’s something I’ll carry with me forever.

Banter: You cut your teeth in Montreal’s underground scene before moving to Brazil. What prompted that move?

Sean: I was in love with a Brazilian. That was it. It was a time in my life when I knew that I wanted to live more fully. I knew that being in school wasn’t bringing me any closer to meeting my goal of being a professional musician. I always did well in school, and I really respected my teachers, but I could sense that I wasn’t moving closer to what I wanted to do.

I left, in the middle of an exam, and I decided to go to South America.

Sean: Yeah. But it really was a place that I had been fascinated by for a long time, with the language, and music, and culture, so I guess the stars just aligned.

It was also the first point for me as a musician where I was without a band. My first couple of bands had kinda’ dissolved. I hadn’t really thought about being a solo artist before that point, but I was alone, and I had no responsibilities, so I just went for it.

Banter: Okay, let’s get into the latest project. “Alabama” deals with the emotional tumult that can precede the end of a relationship. Why’d you name it after a state?

Sean: It’s actually the name of a person, in the lyrics. It’s about me witnessing this thing—someone about to reject someone else, or leave them because they can’t accept them for who they are, but they end up realizing that mistake. It’s all very dramatic.

But yeah, I just thought that it would be cool to situate the song like that—with me as the observer. It’s based on my experience and some things that I’ve observed.

Banter: On “Horses” you lament, “All the praises and the prizes, you look back and think, seems like it’s forever til’ you die.”

In retrospect, is there any period of your musical career that you feel like you didn’t truly appreciate, absorb, or take advantage of in the moment?

Sean: All of it. Literally all of it. When you’re young, you think that everything is supposed to happen in a certain way. You take a lot of things for granted.

Yeah, I mean, I blew a lot of opportunities. But at the same time, I think there were some that I wasn’t really ready for—some that I wasn’t yet mature enough for, or some that wouldn’t have allowed me to honour my responsibilities to other people, whether those be with interested labels or with people coming to the shows.

I’ve never had any massive level of success, like is talked about in the song, but to answer your question: yeah, all of it. Making this song was a moment of reckoning in that respect. I don’t know if that makes any sense.

Banter: Perhaps it won’t if you’ve never heard the song, but I think for anyone who has, there’s clearly a lot of self-reflection conveyed. It’s melancholic, I think.

Sean: Yeah, I mean, I don’t think there’s any bitterness. I guess it’s me talking to myself, and to anyone who’s lost what got them into music in the first place: innocence, and purity… and the devotion.

Banter: The project is Art Therapy. Do you notice any physiological symptoms of neglecting music for an extended period of time? Speaking in a more clinical sense, how much of making music is a therapeutic exercise for you?

Sean: That’s really interesting. About a month ago, I got back from a silent meditation retreat where you don’t speak or listen to music for ten days. But I find it really amazing how music can still inhabit you during that time of silence. I do think that it’s important to take a step back every so often, especially if you’re a musician who might end up turning to music just by default, but coming back to that space is very therapeutic.

Right now, Talking Heads is playing on the radio [Psycho Killer - 1977], and it reminds me of something that David Byrne said about making the album Remain In Light (1980), which is one of my favourite albums ever. I’m totally in love with that album.

He said that when he was making that album he started experimenting with rhythm and repetition—building these polyrhythms that he would just loop and loop and loop, and get locked into as a way to unify the band and the crowds at shows. He said that that process healed him of his social anxiety. He said that before that period, he was very tense, and he had a lot of problems connecting with people. Through the sheer physicality of those rhythms, performing them night to night, he was able to loosen up.

Music really is a physical thing. It’s a physical exercise. It’s so much more, but it is that also.

Sean: I’ve been working really hard on an LP. I don’t know when it’s going to come out, but it’s comprised of 24 years of musical adventures and devotion to music. I’m glad that I’m finally able to make something and put something out that I can stand by. It’s been rough, because the songs on Art Therapy and Heavy Focus (2018) are actually older songs that were all grouped together, but they’re just coming out now, so there’s a bit of a creative dissonance between where I was when I made those songs and where I am now.

I’m still really proud of those projects, but I’m really focused on this new LP and being able to express myself in the most authentic way possible—learning from mistakes I’ve made in the past and doing my absolute best.

It’s going to be an exciting year.