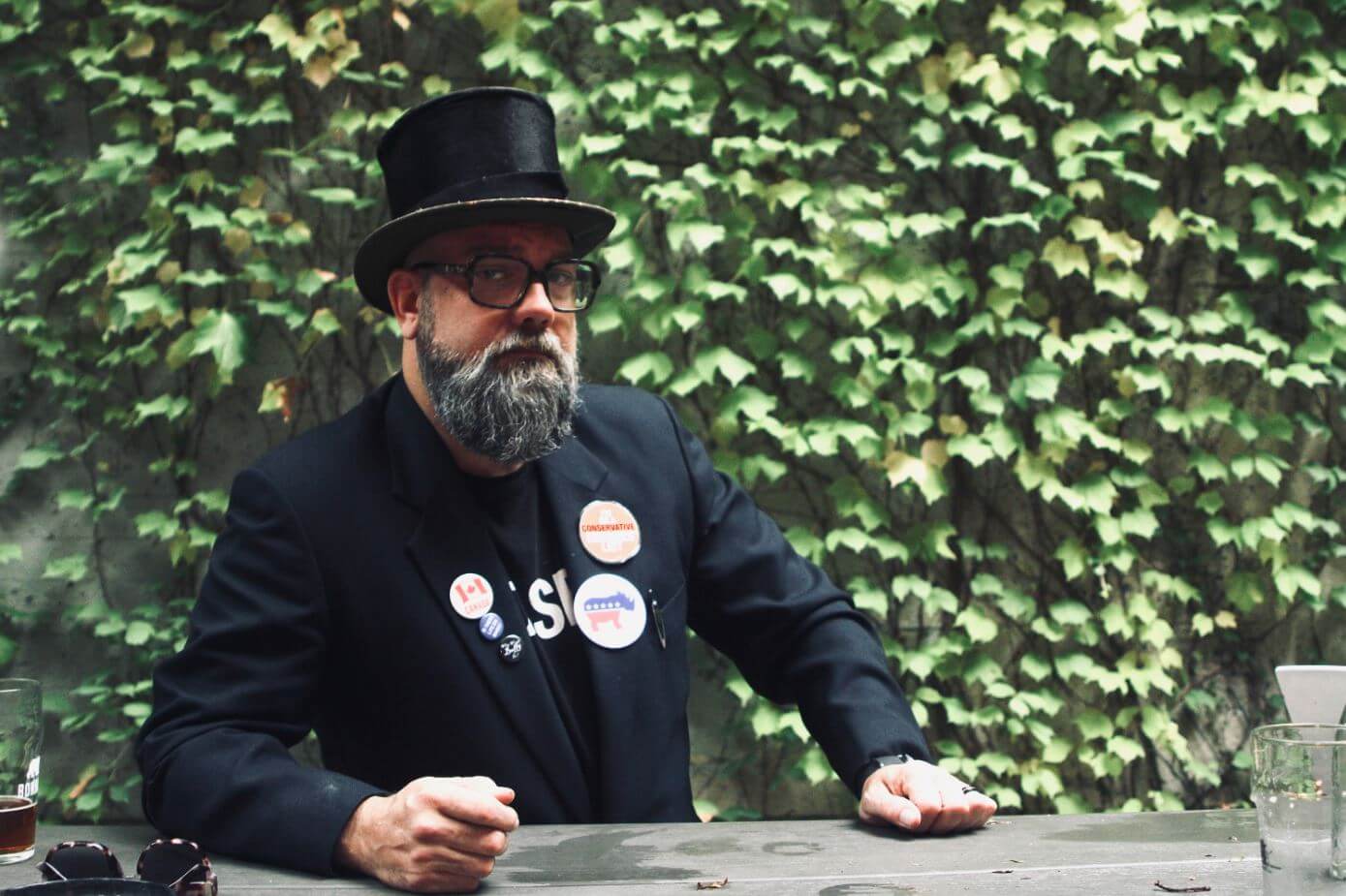 When Rachel Bendayan won her Outremont seat in a byelection earlier this year, she probably wasn’t thinking she’d have to contend with Rhinoceros Party candidate Mark John Hiemstra come federal election time. Alas, the riding features several high profile candidates including Bendayan, the hilariously named Daniel Green for the Greens, and the NDP’s Andrea Clarke. Since the Rhino Party isn’t quite as well known as some of Canada’s other federal parties, we decided to really rake Mr. Hiemstra over the coals and decipher his campaign promises.

Banter: The disintegration of NAFTA and the lopsided replacement agreements have left Canadians wondering how the next federal government will handle international trade. What will you do, specifically, to ensure Canada is treated fairly when we bring our goods and services to the global marketplace?

Hiemstra: I think the number one priority for the Rhino Party is making sure that the transport of goods and services across the world’s longest border happens in a timely fashion, and in a way that’s fair to both places. We’re going to make sure that the borders are wide open, and any trucks passing through will be allowed to cross no questions asked, and we’ll ask the Americans to do the same. Just back and forth with no inspection, just the honour system.

Banter: Justin Trudeau was recently discovered to have masqueraded as a brown/black dude at multiple points in his past; is there anything sinister that the residents of your prospective riding might like to know about your behaviour at costume parties?

Hiemstra: I did once, and this is actually hard to talk about [Hiemstra tearing up], but as a young fella I fell in with a bit of a rough crowd at one point. By the way, I’ve already addressed this on my Facebook page and I apologized to my constituents, but I have been seen wearing a turtleneck. So, I’d just like to apologize to the turtle, tortoise, and terrapin community for any undue slights I may have caused them.

Banter: The seat for which you are running was once held by Tom Mulcair; is there anything you admire about the former leader of the New Democrats?

Banter: One of your proposed policy changes is to change the number of every address in Outremont to 69—is there some special significance you attach to that number?

Hiemstra: I mean, all I can say is, nice.

Banter: There has been an upturned snow globe’s worth of flakey media pieces about Andrew Scheer and Elizabeth May having American citizenship. I doubt anyone actually cares where these people were born, but we’d like to take it one step further for the voters: where were you conceived?

Hiemstra: Great question. I have no idea. It could literally have been anywhere in the world; I’m an orphan so we will never know the answer to that question.

Banter: CEGEP (Quebec’s provincial childcare service) is pretty dumb hey? Would you consider advocating for Quebec to adopt the Grade 13 system instead?

Hiemstra: I think that what’s most important to Quebec is that we find a way to keep people interested in education. Across the country, Quebec has the lowest rate of high school graduation and it’s probably because they’re going to this stupid next level school. Let’s make it a little more interesting, keep them going to the same spot and let’s use those CEGEPS that will no longer be occupied by students and turn them into nightclubs and coffee shops for all those people to work at once they graduate.

Banter: Climate change is a bona fide priority issue in current politics, and all the major parties are scrambling to find an approach that their base finds palatable. As a candidate for the Rhinoceros Party, what changes would you make to Montreal’s climate?

Hiemstra: We’ve had at least one of our candidates talk about legislation that he would enact that would place a large glass dome over the province of Quebec. That way, all of the acid rain and untoward pollution that falls from the sky would roll off of Quebec and into Ontario where it belongs.