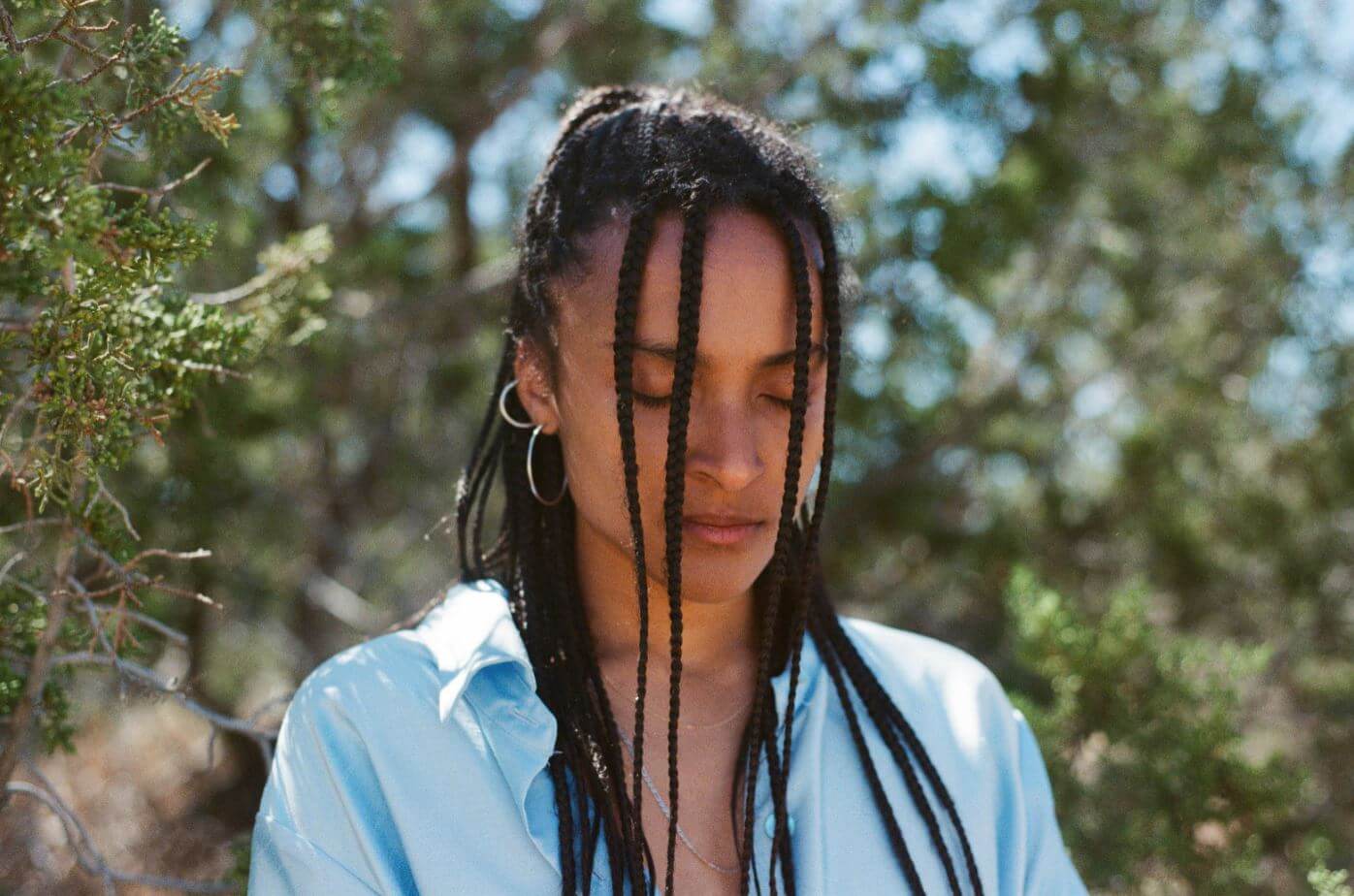 Ourielle Auvé is an instrumentalist, electronic producer and DJ whose entrancing melodies and engrossing beats have made her one of the most exciting artists in Montreal.

After hypnotizing a crowd at MUTEK’s Motion 1 stage, we caught up with her for a little banter.

Banter: While your latest projects are electronic and fairly experimental, you’re also an instrumentalist in the more classical sense. Could you tell me a little about your musical background?

Ouri: I started playing the piano when I was five or six, and then the harp, the cello, and choir a bit later. Growing up, I always went to schools where I would have classes in the morning, and then I would go to a music conservatory in the afternoon. Then, later on, I became obsessed with electronic music. When I was 16, I moved to Montreal, and at first, I was studying sciences. But that only lasted for a while before I decided I needed to start producing music. I studied electroacoustic music at UdeM and composition at Concordia, and now here I am.

Banter: You’re a musician who utilizes a lot of sophisticated producing equipment and performs in technologically advanced, highly urban spaces. That said, there are many elements of your music that are undeniably organic, primal, and highly evocative of nature. When you create musical projects, do you think at all about this dichotomy?

Ouri: Yeah, I think I’m just always trying to find and follow the most natural expression; I don’t like when things are too sophisticated that they lack natural features.

Banter:  Yeah, relative to a lot of other electronic music, your work seems fairly minimalist…

Banter: Music writers like to use adjectives… a lot. Some of the words used to describe you have been “entrancing”, “bold”, “emotive”, “refreshing”, “transcendental”, “aggressive”, “playful”, “vivid”… the list goes on and on. What word do you think best describes your music, and is it the same word that best describes yourself as a person?

*Ouri turns to producer Victor Bongiovanni who is joining us backstage*

Victor: The first word that comes to mind is evolution… Constant evolution.

Ouri: Yeah, I like to think I’m always changing and transforming.

Victor: But she’s also always absorbing—sort of like a sponge. But yeah, I guess transformative would probably be the best word.

Ouri: Yeah. I’m obsessed with transformation, and I hope that I’m transforming myself and my music everyday.

Banter: Totally. Yeah, I noticed that even listening to Superficial, which is only two years old now, but even that has a very different sound than more recent projects like Trance Parent (2019) and We Share Our Blood (2018).

Ouri: Yeah, and I feel like my music was a lot softer before, which is something I’m trying to move away from now. I don’t want everything I put out to always be soft. Perhaps soft isn’t the best word. I guess I mean I just want my music to be more assertive, which involves using my voice a lot more. I used to be so ashamed of using my voice, but now it’s something that I include in a lot of my songs, and I’m not stressed about it.

Banter: You just played a 10:45 p.m. set. What time of day do you think your music is most potent?

Ouri: I would love to play an early morning set, like 4 or 5 a.m. That’s pretty late, but even later in the evening at like 1 a.m. is good. It’s definitely more of nighttime music; I’m not strumming a guitar and singing in a field, you know?

Banter: It’s good late-night music, for sure, especially given all of the lights and visual elements.

… Incidentally, how much collaboration with the lighting technician and VJ goes into producing a show like this? Do you get in touch beforehand?

Ouri: I met the VJ (Felix Felix Gourd Gourd) once, to talk about the visuals. I’ve never met the guy doing the lights though—he’s really low-key, but apparently he’s worked with MUTEK for a number of years. The lights tonight were amazing. So yeah, I just met with Felix once to make sure that we were on the same page regarding the video.

Banter: Are there any video elements you try to keep out of your performances?

Ouri: I normally just let the VJ create a cool, exciting show. I try to get them to keep it minimalist and avoid stuff that is too graphic or complex, especially at shows where I know the lights are going to be very powerful. I like when they focus on texture, but nothing too intense.

Banter: Yeah, that’s something that I think differentiates a lot of the performances at MUTEK from more mainstream EDM performances. The experience for the consumer is a lot less aggressive and a lot easier to passively enjoy.

Ouri: Yeah, I think it’s a really great event for the listener. As you say, with the powerful lights and sound, some electronic shows can be too much for people.

Victor: … And you notice it in the sound quality too… At a show like this, you can actually tell that there’s a lot of quality in the audio production. It’s very professional.

Ouri: Yeah, it was amazing tonight. Normally, when I play electronic shows, there’s feedback. Tonight, there was nothing, even at the soundcheck. The sound was incredible, which makes things a lot less stressful as an artist. They really do an amazing job.