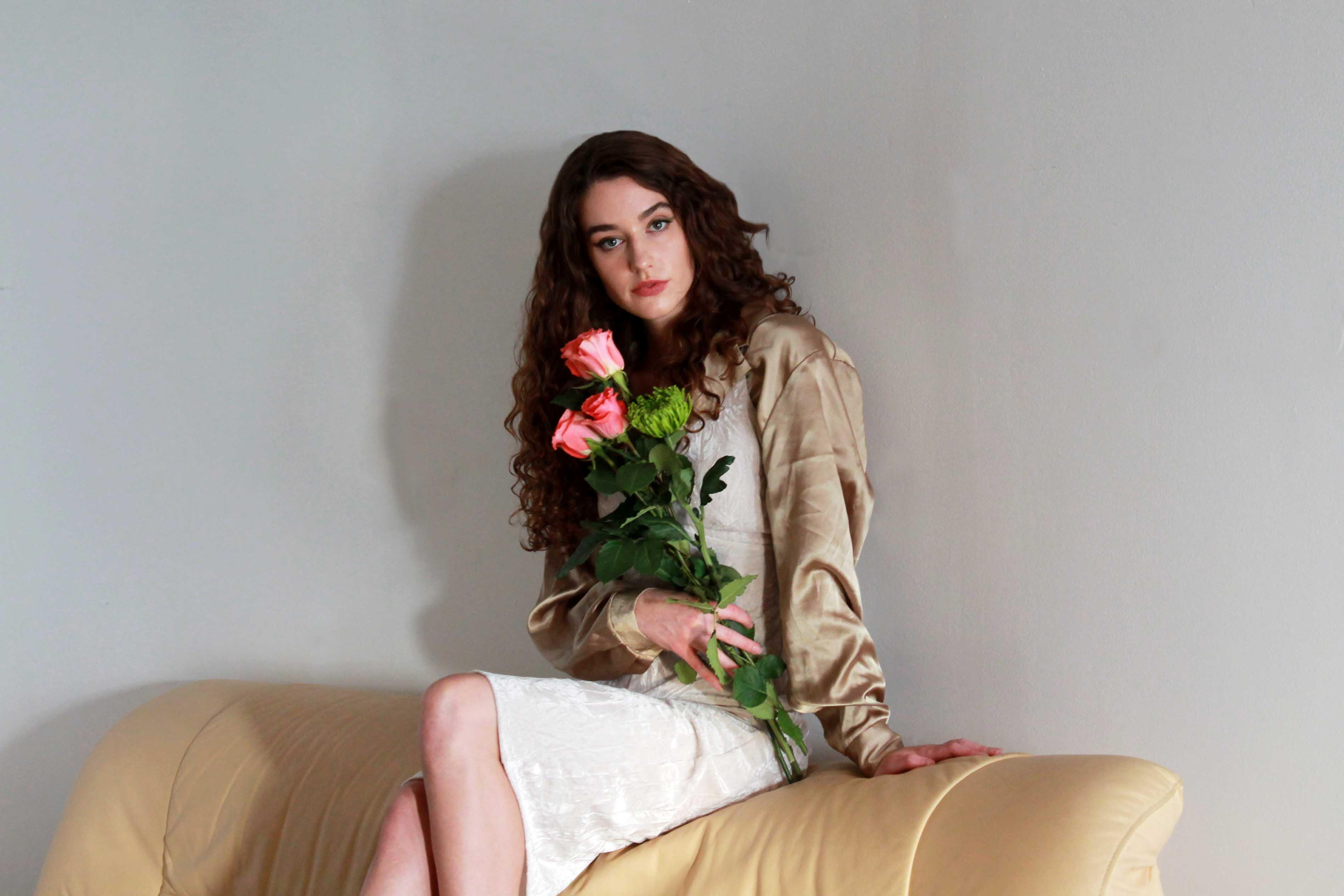 While some Montrealers toil through bilingualism as a sort of daily juggling act, pop R&B artist Maryze embraces it—an embrace that sounds thoroughly effortless. Effortless, to be sure, but also sweet, satiny, snappy, and most importantly, singable.

Following the release of her debut solo single “B.O.Y.” in 2018, Maryze put out “Their Hearts”, both of which featured on her 2019 debut EP Like Moons. More recently, she released “Bad Bad Dream” featuring fellow Montreal talents Mouth Breather, and Forever Next Door.

She’s quickly becoming one of the most promising and recognizable figures in Montreal’s music scene, and she also happens to be very delightful in conversation.

Banter knows because Banter talked to her…

Banter: It seems like things really started taking off once you put out “B.O.Y.” in 2018. What did your musical journey look like prior to that?

Maryze: Yeah, so that was the first solo single that I ever released. Before that, I was playing with a few different bands. I was living in Victoria for a while playing in an indie-rock band, so that was totally different. Then the next projects were all kind of electronic-based. I was in an electronic duo called Seaborne, which I was still playing with up until about a year ago before deciding to focus more on my solo projects.

But, I mean, I’ve been playing music forever. In high school, I was in choir and that sort of thing. As soon as I graduated, I formed my first band. So it’s been almost ten years that I’ve been playing music somewhat professionally, but really focusing on making it my full time commitment in the past few years. It’s always been a passion, but I’ve really focused on the career aspect of it in the past couple of years.

Banter: Which person, living or dead, has had the most profound impact on your artistic development?

Maryze: That’s such a hard question…

It’s such a corny answer, but I guess any answer to something like that is going to sound a bit corny:

I really love Lady Gaga. I saw her on her first major tour, which would have been around 2009 or 2010. I really admire her honesty in her writing and her passion on stage. Also just how she was doing something that seemed very ahead of her time, something that not many people had seen or done before. She really stuck with that and never compromised herself.

She’s a very inspiring person in general, and I love her songwriting style as well.

Banter: You’ve been bicoastal throughout the past few years, spending your time both in Vancouver and in Montreal… What’s the most Montreal thing about you?

Maryze: That I buy all my clothes second-hand I guess ahaha… I kinda’ set a goal for myself a few years ago to be more sustainable and to only buy stuff that’s second-hand whenever I can.

I’ve also always just really loved vintage shopping, and Montreal has so many great stores. Vancouver has some great ones as well, and Montreal’s a lot more than just the shopping, but that definitely is something that a lot of people in the city seem to enjoy.

Banter: What’s the most Vancouver thing about you?

Maryze: That I love the ocean; I miss it very much. I guess the whole nature side of things is more associated with Vancouver, and I am someone who loves nature.

Banter: On what street have you had your most crazy Montreal experience?

Banter: Who is the most underrated Montreal artist?

Maryze: Fairmount, because they have fennel on the bagels.

Maryze: I know this is a super controversial issue, but I’m a Fairmount lover.

Banter: If you had to cut off your own hand or strangle a kitten to death, which would you choose?

Maryze: I would cut off my own hand. I have two cats. I love cats too much.

Banter: That puts you in the minority. Most artists we talk to would rather kill the kitten because they sorta need their hands to play music.

Maryze: Right. I mean, my main instrument is my voice, soo..

Banter: Yeah, and the prosthetic technology is getting really good.

Banter: Are there any exotic or unusual instruments you’d like to learn one day?

Maryze: The harp. My dad played the harp when I was growing up, so he had one. I never learned, and I wish I had.

Banter: You’re playing Tour Taverne on the 31st at Diving Bell Social Club. What’s on the horizon for the rest of 2020?

Maryze: I am currently writing my first full-length album. That’ll be coming out this fall, most likely. There’s also going to be more touring and music videos. I am currently getting back some good news about some European festivals. I can’t say what yet, but there are some exciting European dates on the horizon.