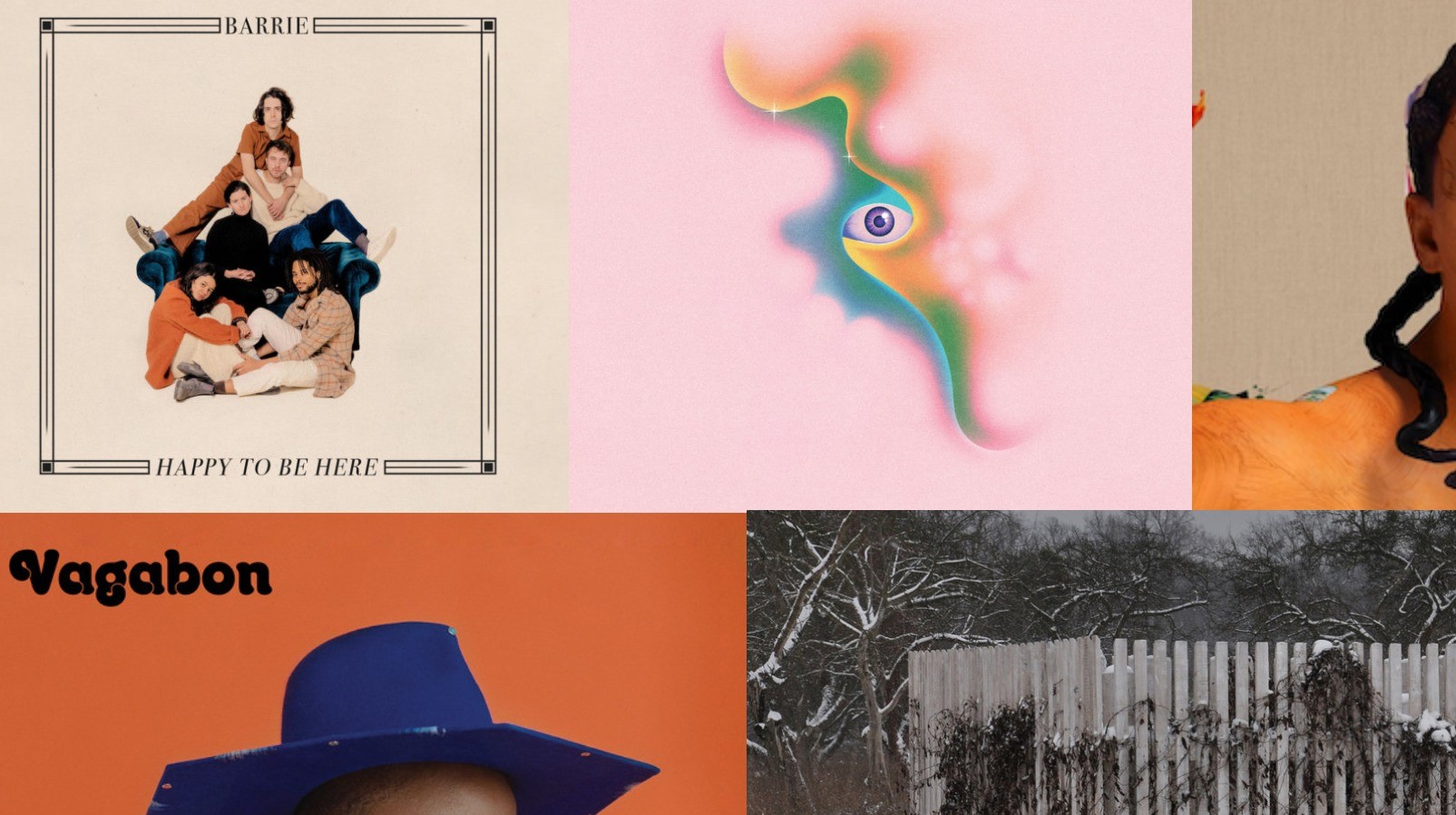 *Note on “3 Tracks”: These are 3 of my favorite tracks from each album. I give them to you in order to provide a starting place. Each album is on this list because I think the entire thing is worth listening to.

**Note on Rankings: The rankings are entirely based on my own preferences regarding originality, production, songwriting, general jammability, and most importantly my taste (and there’s no accounting for taste).

Honestly, this was the first Diiv album that really caught my attention and kept it. Maybe it’s because I’m a huge fan of clever guitar distortion, groovy bass lines, and tight yet lazy sounding drumming. Diiv have also turned down the lights, dwelling in Deceiver on considerably sadder chord progressions and vocal harmonies.

I’ve seen Sharon Van Etten open for two of my favorite bands and her music has grown on me each time. Now when I hear her songs I can’t help but sing along and move my butt to the impeccably produced mix of electronic and acoustic indie rock, Americana, dream pop, kraut rock, and jeez there are so many influences.

Sasami has finally released her debut album and it is marvelous and varied, as expected. Her inventive guitar tones set the mood, pulling you through her world of blissful indie rock and lyrics overflowing with love and heartbreak.

Jenny Hval sounds like she’s recording her lyrics over a baroque pop song, and then dunking them into delirious wandering arpeggiating synthesizers. The repetition throughout The Practice of Love is meditative and serves as a microscope into the fine adjustments in the tones and timbres of the music. A warm bath in electronics.

Mujeres is such a great addition to Y La Bamba’s discography of boundary defying music, seamlessly melding indie folk with dream pop and a distinctly Mexican flair and featuring singer Luz Elena Mendoza’s voice in new adventurous ways. This album is full of bangers yet is often deeply intimate. Prepare to want to dance but also to be struck with wonder.

An artist who is the personification of left turns in music makes anothe on his new album, creating rhythms with acoustic guitars and bass synthesizers that seem to be tuned to the limits of our hearing range. Electronics drip steadily over the wobbling instruments in Panda Bear’s waterlogged psychedelic folk masterpiece.

Westkust is a blisteringly paced record, a half hour barrage of wailing guitars, pumping bass, and rolling drums. This incredible Swedish band mixes punk with shoegaze and a little surf pop to create a warm rocking trip through clouds of distortion, singer Julia Bjernelind’s voice floating through the air like the smell of spring.

Swervedriver fans probably hate me for it but I think Future Ruins is their best album. It perfectly showcases the classic British shoegaze band’s mastery of imaginative texture and structure. There are so many moments to get lost in.

Oh, what’s this? Just another collection of bangers and ballads from Angel Olsen? Who didn’t expect that? By the end of the first crescendoing track, Angel Olsen has blown me away. Swells from a 12-piece string section pull the listener through All Mirrors, an elaborately orchestrated breakup album full of seductive grooves and fogs of sound.

Holy hell. This album seizes you in the first few seconds and drags you into its world of undeniably catchy riffs and funky, irregular beats. Using occasionally distorted vocals and their eponymous handmade instruments, Buke and Gase have never felt so relevant than in a world where the truth is elusive and reality feels like a dream.

All of the moodiness and atmosphere you’ve come to expect from Thom Yorke, but this time it feels somehow warmer. These 9 tracks of interweaving arpeggios and dynamic bass-heavy beats will turn anyone’s headphones into the most intimate dance club.

RUBUR are one of the first Chinese shoegaze bands I’ve heard, and their submission to the (w)hall of sound is transcendent. From stuttering and searing guitars to churning and pumping bass, not to mention its 7+ minute shine of a finale, Evening Sitdown Vision is noisy and gorgeous.

Bonny Bear is back with Justin Vernon’s 4th LP, completing the cycle of seasons he says his albums are meant to represent. It’s autumn now, and pulling together all the themes of his first three albums, Vernon collaborates with an entire community of artists (including Jenn Wasner of Wye Oak!). The result is an album of pop, noise, old tropes, and new tricks.

MAGDALENE is easily one of the most genre-defying albums I’ve ever heard, melding symphonic instruments with synthesizers and drum machines into FKA Twigs’ wonderfully weird kind of pop. Delicately operatic some times and dirty glitchy at others, this album will take you on a journey through heartbreak, pain, love, and hope. A million out of a million stars.

6 All My People - Maria Somerville - Self released

Irish artist Maria Somerville’s version of bedroom pop is subdued and gentle, her voice just louder than a whisper. The deep, muddy bass synths and subtle drum machines join under a sky tinted by expansive keyboards to create a blanket of emotion. This is another one you’ll have to be quiet to hear, but reveals an entire universe in only 7 magnificent tracks.

Unapologetically shiny pop, Keepsake is what happens when an innate knack for songwriting meets impeccable production. Harriette Pilbeam blends the eternal siblings of dream pop and shoegaze into her very own flavor of bopping synthesizer jams that sometimes wander off into dreamland but refuse to deliver a boring moment.

It’s so hard for me to describe the music Kyle Bates makes. Organic certainly is a good word. Haunting. Complex. Cavernous. I dunno. What I do know is that Light Mirror is a bewitching collection of songs floating in a cloud between acoustic and electric, deadly grave and colorfully psychedelic.

This is damn good music. It’s all the things that are great: it has elements of many genres, it has sweet bass lines, it has drum machine hooks that are catchy as hell, and it was made by one person in a bedroom! And that’s not to mention Laetitia Tamko’s distinctive voice, introspective lyrics, and impeccable fashion sense.

Occabot is The Stargazer Lilies’ most impressive work yet. Working with producer TOBACCO of Black Moth Super Rainbow, John Ceparano and Kim Field built a record as bright and blindingly beautiful as the sun, with towering walls of distorted guitars and deep bass grooves, angelic vocals and driving, deliberate beats. If I keep listening to this album so loud I’m gonna ruin my hearing.

1 Happy to Be Here - Barrie - Winspear

Happy to Be Here is through and through one of the most impressive debut albums I’ve ever heard. Every song is an ear-worm and every moment is heart-poundingly visceral. The harmonies, instrumentation, and effects are all so pleasing to hear, it’s like candy for your ears. At 34 minutes long, I wish this album was 340 years long so I could live in Barrie’s world of sound.