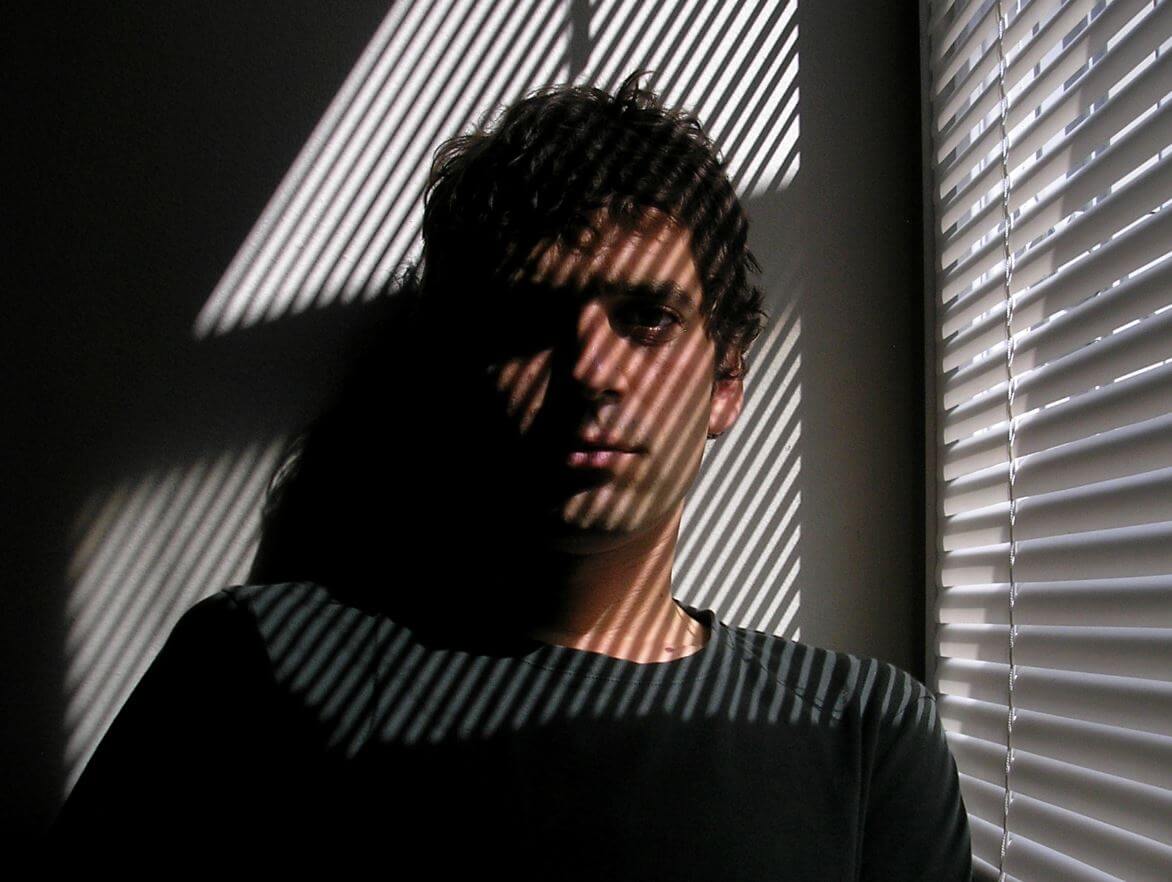 Words fail, hopelessly, to describe the sounds produced by Montreal-based experimental musician Ben Shemie. Don’t listen to his music unless you’re prepared for some seriously sobering, sonically induced, soul-searching. We’re always ready for stuff like that, so we caught up with Shemie for a little banter after his performance at MUTEK.

Shemie: I actually went to school. lots of school. Jazz, the whole kit. I studied with composer Ana Sokolovic and wrote contemporary mixed chamber music. But mostly I just played rock guitar my whole life, before getting into electronic music. I fell into the Warp Records thing as a young guy, then got into club music, all with a classic rock and roll background. The music I make now doesn't resemble anything I would have learnt at school... but I’m certainly informed by my education. The biggest take-away from academia is the ability to learn things quickly and speak to other musicians in their language. It’s tremendously efficient. When I was in high school, before learning anything formal in music, we would just talk about which fret on the guitar to play.. which is cool for playing most pop music. But I've been playing my whole life, and while I dont play jazz anymore, I use my background to inform my musical decision making. Most of all though, it’s from listening to music and watching bands play. That's where I’ve learnt the most. That's where I've taken my cues.

Banter: Over the course of the past decade, it seems like you’ve become a lot more experimental with synthetic musical elements, particularly vocal elements. If you look at some of the stuff you’ve been involved with earlier in your career, projects like Images de Futur, or the Zeroes EP, for example, the vocals are pretty straightforward, sonically speaking--more or less a relaxed garage rock/art punk sound. On your more recent work, the vocals are a lot more synthesized, acidic, and experimental. Has this shift affected the way you think about the semantic significance of lyrics in your music, or is it merely an aesthetic change?

Shemie: It helps me go to places I wouldn't have delved into otherwise. It's mostly an aesthetic change, but it also gives me confidence to write more lyrically. The biggest change I've seen over the last 10+ years with SUUNS, is my vocalizing. I’ve definitely evolved a lot since our first Zeroes EP, I couldn't sing to save my life. I'm still not a very strong singer, but my confidence, I’m playing so many shows and just singing so much has made it easier to dig deeper. Strangely, the more confidence makes me write more lyrical tunes, maybe that I wouldn't have had the confidence to write earlier on. I also have more confidence in lyric writing, and perhaps saying things I wouldn't have had the confidence to do before. Sonically speaking, I guess when I was starting out, I was just trying to stay in tune and make it sound like a rock band. The band has evolved a lot. On my solo stuff, it's such paired down music, it’s essentially a bass line and a vocal line.

Banter: As the vocalist and guitarist of SUUNS, you’ve obviously had a lot of experience creating experimental music in a collaborative context. Given the genre you operate in, one which seems to be guided by impulse and emotion rather than formula or custom, is it easier to crank stuff out by yourself?

Shemie: It's definitely faster. I wouldn't say its easier. With SUUNS, there is a lot of back and forth and a lot of hurry up and wait, which I don't really mind, because it's part of the creative process. It's also a much bigger sound and project... Solo it's much less nuanced, and part of the solo work that's cool, is that I don't think about it that much. I write a beat, I don't change it or massage it. I hardly change it all during the song.

Banter: A lot of adjectives people use to describe your music are also adjectives that apply to the city of Montreal, your hometown. Do you think your music would be the same had you developed in a different city, say, Toronto or New York?

Shemie: Definitely. I don't think I would be a musician if i lived in NY or Toronto. I'm pretty sure. Montreal has allowed me to succeed, and meet like minded musicians. But who knows really? I say that and perhaps i would be very happy making music in Toronto. Montreal is an experimental city. The music scene, to me, is an experimental one. With people doing their weird thing.. lots of it—most of it—innately does not have mass appeal. But that's the best, because people just stick to their guns and carve out their own little world. I like that. That has allowed me to pursue my own voice without the pressure of feeling like an outsider.

Banter: Who are the most underrated musicians at this year's MUTEK, or in Montreal more generally?

Shemie: That's hard to answer. At MUTEK the artists and the scene in general is opaque, I can never really tell who is what since at MUTEK everyone seems to be clued in. I discover a lot of new music, only to find out that it’s super popular in these particular circles. in Montreal, it's tough too. Everything that Beaver Sheppard touches is magic. I love the band Big Brave. I dig the band Corridor. I don't think these artists are underrated. Maybe just more a sign of the great talent in Montreal that's just hanging about... no big deal.